In the middle of a world that had always been a bit mad, the cat walks with confidence. - Rosanne Amberson 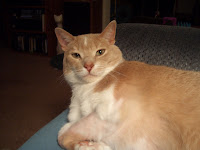 I had a quiet weekend. Lots of watching birdies, napping and just chillaxin'. Mum went off to play with racy cars but she came home to sleeps. So she had a busy weekend of chasing all over the track. This was the annual Cat National, you can go here to learn more about the cat. Plus it was the Ruby Cat national as they had some special cars cellybrating that they have been around for 40 years. Mum says the cars are Formula Fords. 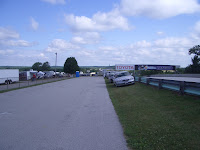 This picture looks back to the 'bottom' of the territory they cover. 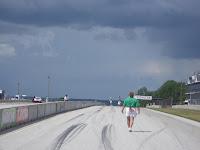 This is the top of the territory they had to cover, plus mum said they have to climb over those big blocks on the left. Mum says she can still make it! A couple of the races they had to line up had either 88 or 111 cars in them! Mum says that is a lot of cars. 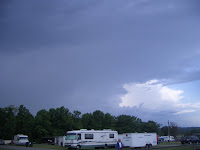 Late on both days they got some rain, but Sunday it managed to mess up the actual races, but mum says they race rain or shine, so you better come prepared. 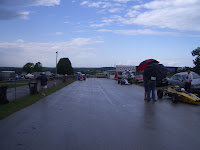 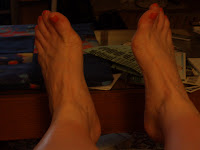 She wore her pedometer, this is her total for just Sunday. Mum says that is over 5.5 miles! 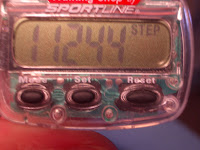