Cats, no less liquid than their shadows, offer no angles to the wind. They slip, diminished, neat, through loopholes less than themselves. - A.S.J. Tessimond

Well, the wind blew through here on Sunday afternoon and did a bit of a number on things. Not major stuff, but still. You can see the naybor's table and brolly blown over, the deck railing caught it. 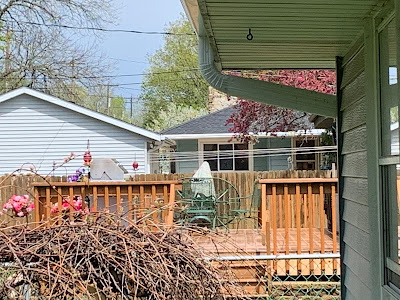 Mum went out to try to quick tie down stuff but just as she got there it tipped over and the umbrella started to blow away! So she grabbed that quick and laid it down where it wasn't likely to be caught by the wind. Table and the 30 pound base she left until later. 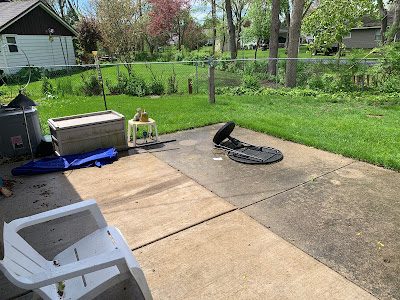 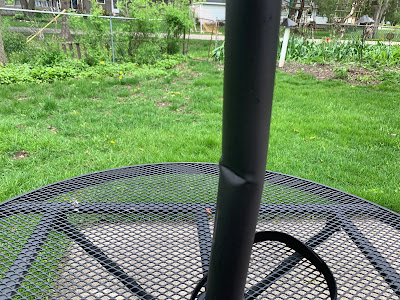 Oh dear, a dent in the umbrella pole. Mum says that is OK, it still goes up and down. If it fails in a few years she will get a new one. See that black band, she was going to go wrap it around the umbrella so it would be less likely to get blown over. She didn't get there in time! 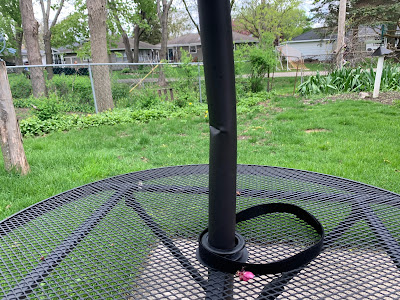 Even the heavy gas grill got blown over, and that is heavy! A friend of mum's who lives a bit west of us lost the top of an evergreen tree. We knew thunderboomer storms were coming but they hadn't said it was going to be such a big wind.

After it got all quieted down I went to hang out in the front window. Peaceful. 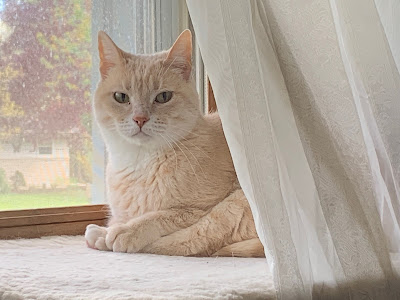 Have a wonderful week everyone.
Mewsings by Just Ducky at 12:30 AM