Your cat will never threaten your popularity by barking at three in the morning. He won't attack the mailman or eat the drapes, although he may climb the drapes to see how the room looks from the ceiling. - Helen Powers

I haven't done much jumping to high places like I used to, so the pic is from a few years ago. I do like the look of the room from up on high! 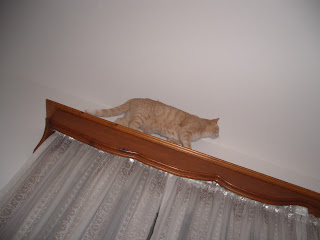 Mum got cooking again yesterday. She bought a super nice chick-hen and I got a taste from it too. 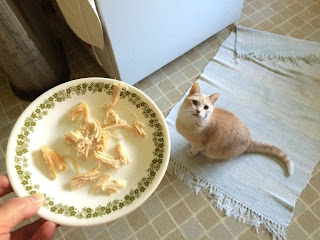 I got my bit of chick-hen and mum put some in her soup. I don't get to have some of the soup cuz mum says its got onjuns in it. 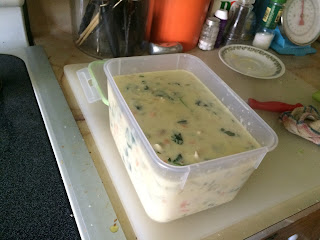 The Pack - Phew! It went down to the last seconds. The defense saved the day by knocking the ball away from a possible touchdown by the other team. Win they did, so still unbeaten and they get next weekend off.


The Broncos - pulled out a win in overtime. Mr Peyton was tossing to the wrong team, but they are still unbeaten too.

Stop by tomorrow, for a little cellybration of Angel Derby's purrthday.
Mewsings by Just Ducky at 12:30 AM