I have not yet blown away, for I while I wasn't sure as it was bad for the past couple of days. Here is a moovie of the tops of the trees dancing around in the wind.
The best thing, lots of sun, so I have been basking in the sun puddles as much as I can. 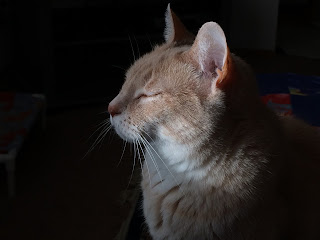 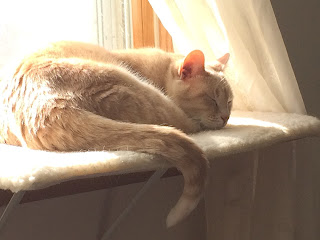 Our throwback today takes us back to 2009, before I got here and mum commenting on the weather, Derby getting treats.


God is really only another artist. He invented the giraffe, the elephant and the cat. He has no real style, He just goes on trying other things. - Pablo Picasso

It was a yucky weekend. First the time change, mum was walking around Sunday like she was brain dead and very tired. She had enough sleeps, so that can't be the problem. She said it was probably the yucky weather making her head hurt. So she took some pills and had a nap with me as well. Then her head felt better.

We got lots and lots of rain this weekend. At times there was so much rain it was starting to pond in low spots, but not close to the house. The snow piles are getting smaller but not totally gone. 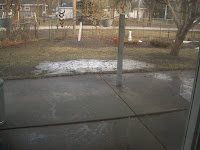 The one bright spot over the weekend was getting a box of goodies from Eric and Flynn. I send them Greenies, which they can't buy in the UK. They sent back some treats for me and mum! Mum tried the tea and chocoloates, says both of them are good. 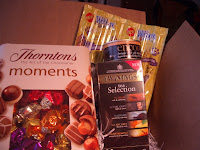 I like the treats, here is mum giving me one, it is a long stick of chewy chickhen and liver. 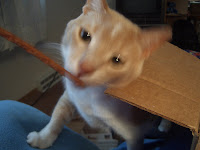 Oh yeah, at the end of Sunday, before it got dark, it even started to snow a bit again. 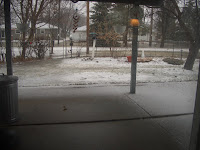 What little we got, it barely covered the grass, should melt today.
Mewsings by Just Ducky at 12:00 AM