We didn't lack for entertainment, some professional and other that the crew or program directors put on. All of this was optional, you could go back to your cabin, but why not join in and have a few laughs or maybe learn something.

Every evening we got a little folder outlining what was up for the next day. Times of tours, talks, sailing etc. Plus if you were on board, they would announce something was happening. You could learn to tie knots or do fancy napkin folding if you wanted. Just chill out too. 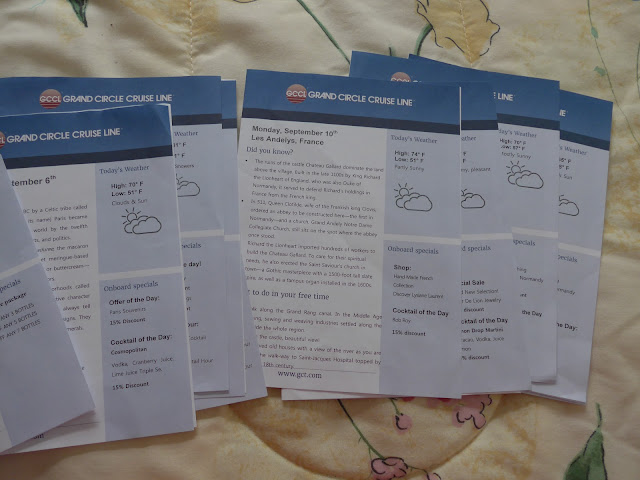 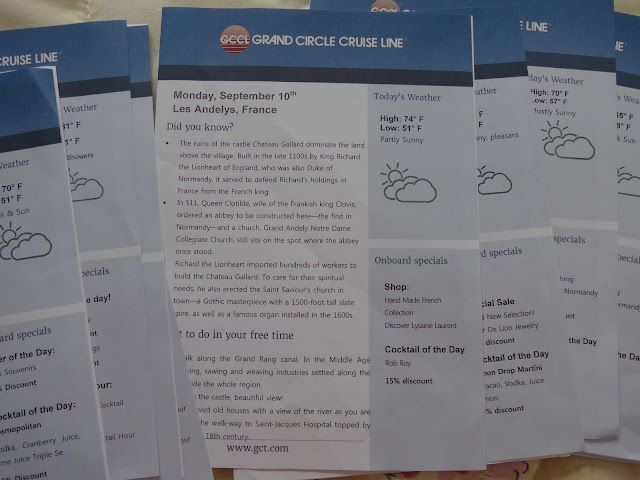 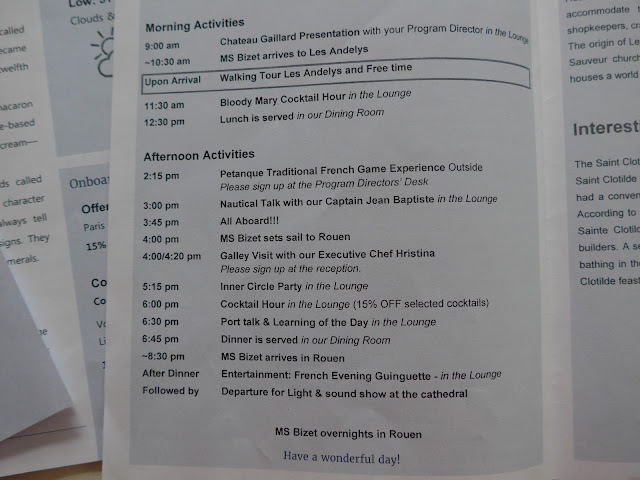 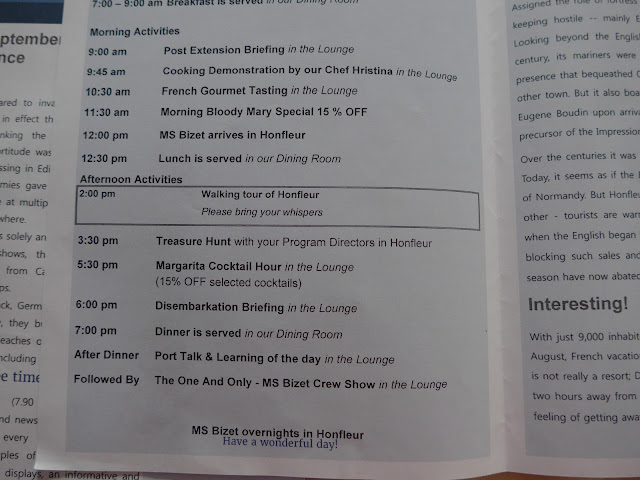 You could be busy or lazy, your choice depending on how you felt that day. Most evenings there was either entertainment that was brought on board, a singer one night, a guitar trio another. Then there was the crew entertainment as well. The motto was "What happens in the lounge, stays in the lounge".  So we got some good laughs at the expense of the program directors and crew. 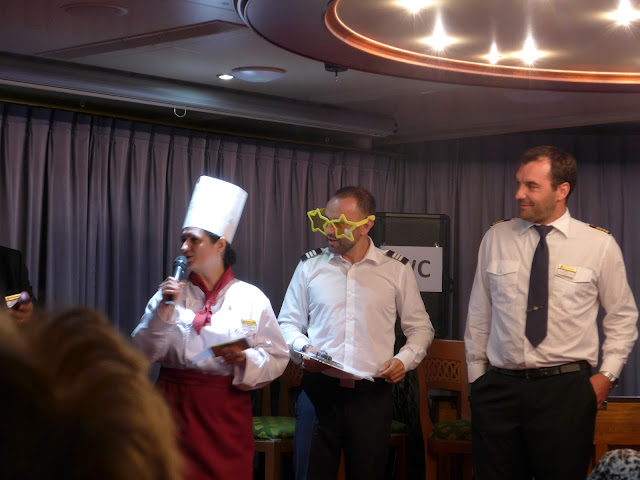 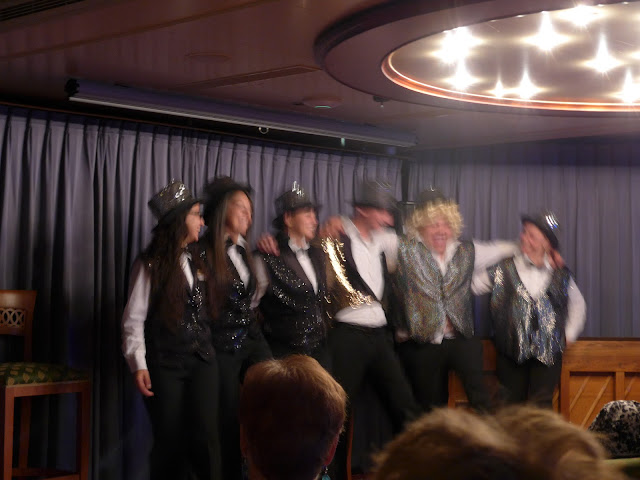 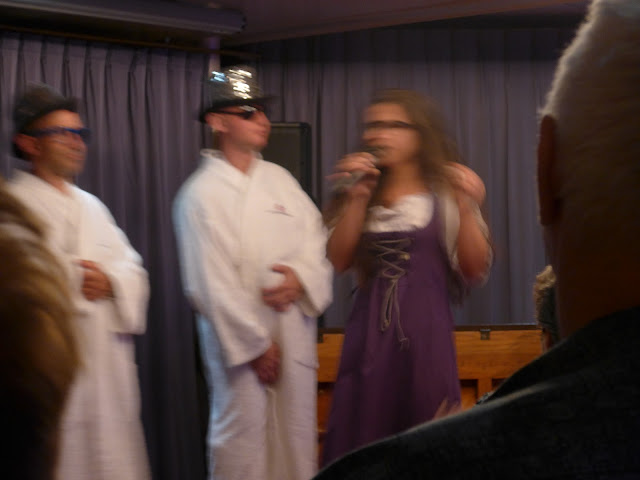 The guys had robes on that covered skillets that when they opened their robes and flexed their knees a ladle would come up and bang on the skillet. 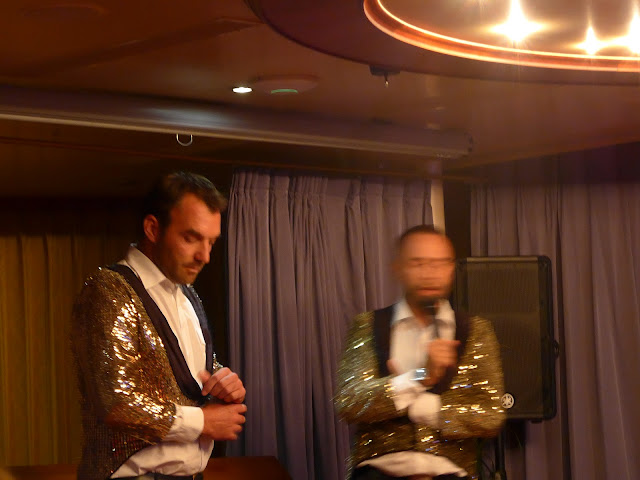 The Captain and Brano, doing their piano bit. They "stripped" from the waist down and played with their penis. Supposedly. They did offer lessons playing to only the men on the next day. I don't think they had any takers. 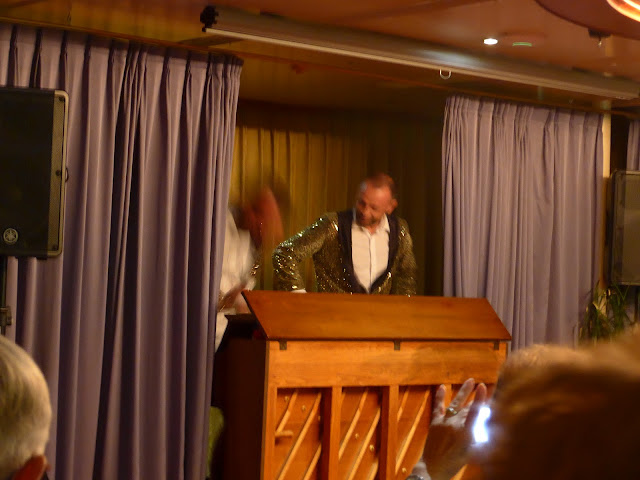 My favorite of the wait staff, Clarrisse. A wonderful girl from Portugal who speaks 5 languages! Always a bright and smiling face. 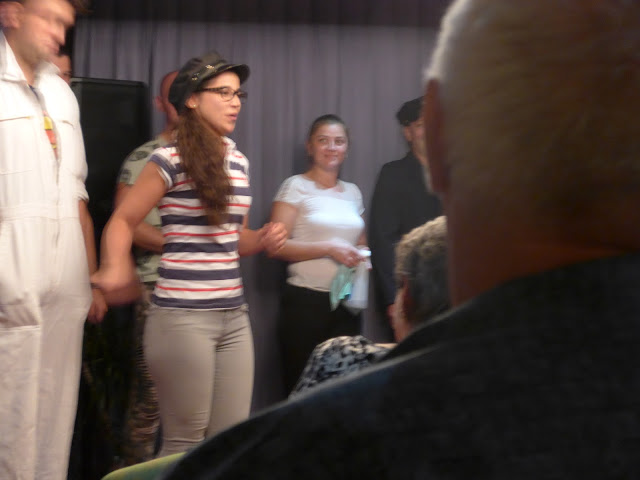 Everyone of the staff and crew had such wonderful attitudes and helpful and willing to pitch in and make things happen and that made the trip enjoyable.

We were well fed on the cruise. Three meals a day and you had to learn to pace yourself. I was happy to get home and find I hadn't gained any weight. I resisted the temptation to take pictures of the food, it is one of the more annoying habits the people seem to have. At least in my opinion.

Breakfast consisted of a buffet of fruit, pastries, hot foods like potatoes, scrambled eggs, bacon. Plus you could get an omelette or fried eggs. Plus they usually had specials each morning like sausage rolls, pancakes and French toast. Although the French toast was sprinkled with lots of sugar which is not how I make it. With an active day I wanted a good breakfast, so it was scrambled eggs, bacon, fruit and then a pain au chocolate.

Lunch. This meal was far too easy to over do it. I got in the habit of doing the salad buffet and the dessert. I would skip the special sandwich, pasta or whatever else they were having. I had more than enough to eat and they had pickled beets on the buffet and I loved eating them. You don't find them much on salad buffets in the US.

Dinner - you saved your calories for this meal. It was a full multi-course dinner. Appetizer, soup, often a salad, Main course was always a choice of meat, fish or vegetarian. Dessert was usually something fancy, often with chocolate. Or if you wanted to be mundane, you could have ice cream, but it was still served in a nice parfait glass with a wafer cookie and decoration.

Here are a few of the menus from a couple of the days. They included items that would be local specialties, information on the cheeses if you wanted the cheese course and the wines. I loved the wines, even the Chardonnay as it wasn't heavily oaked like some of the US wines are. 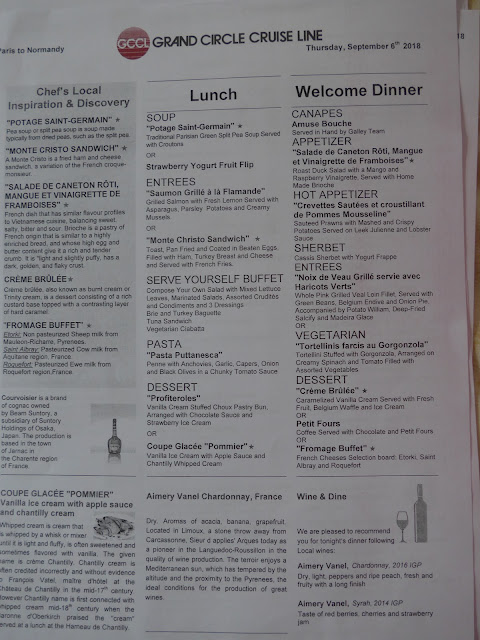 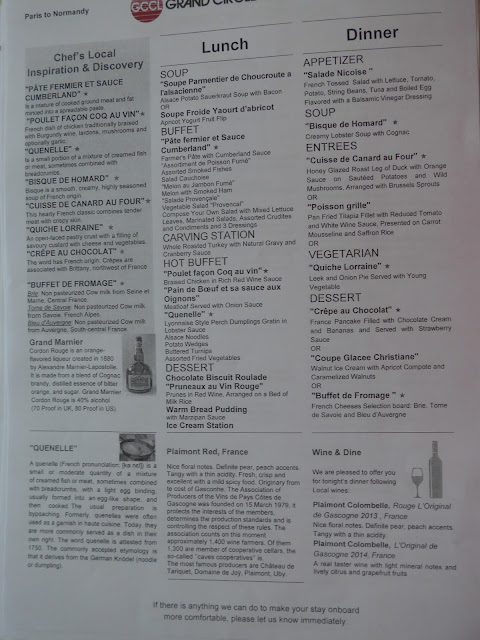 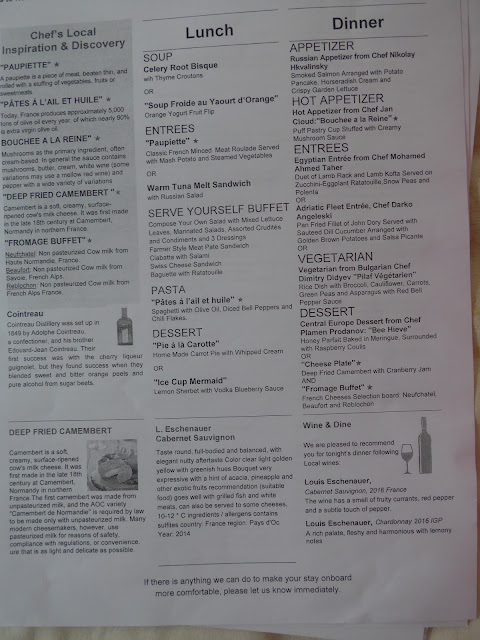 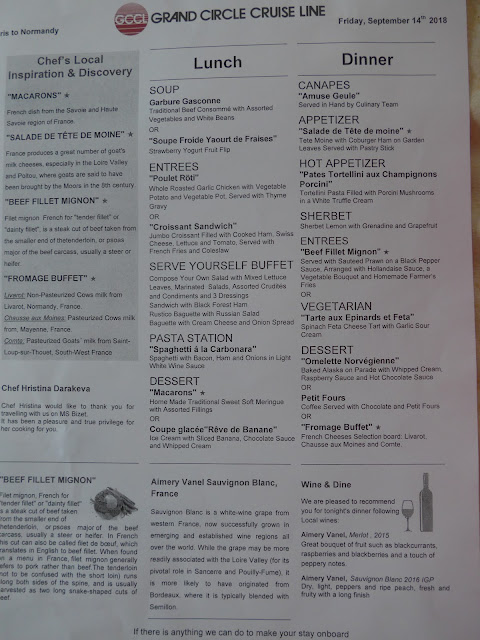 I did take a few pictures of dessert. The top one was at lunch, the other at dinner. Also baked alaska the final night. 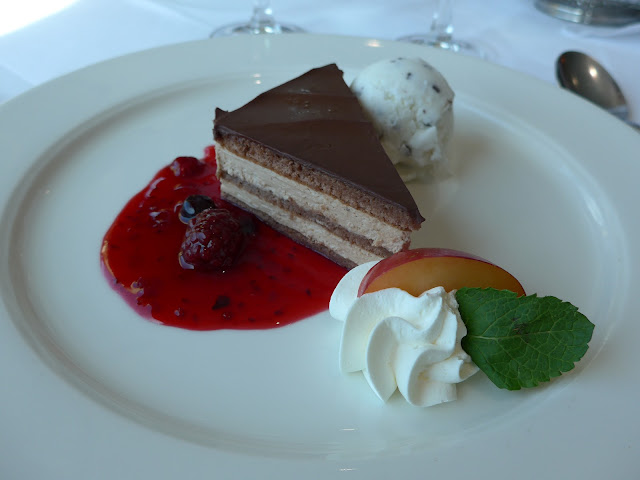 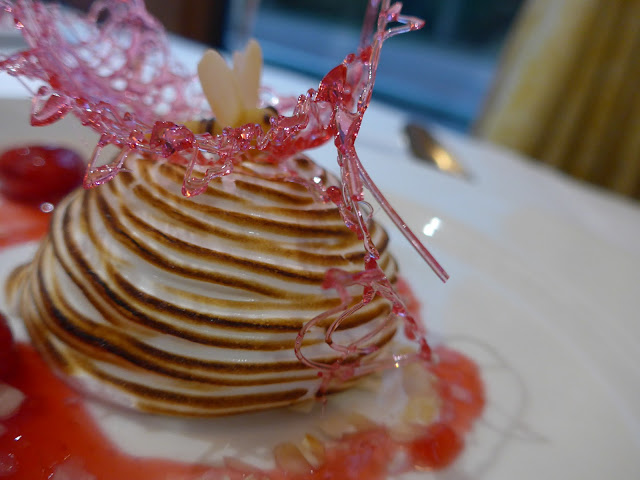 Everything was yummy.
Mewsings by Just Ducky at 12:30 AM