Hello and Welcome to Garden Thursday. Mom Nature can't make up her mind what season it is. We get cool, the, like yesterday we had nearly 90 with lots of hum-didity. Then thunder boomer storms.

Lots going on at the community garden. While the garden isn't producing much, they had lots of work. Seems someone had a tree fall over, they chipped it all up and donated it for mulch. So they moved lots and lots of mulch. 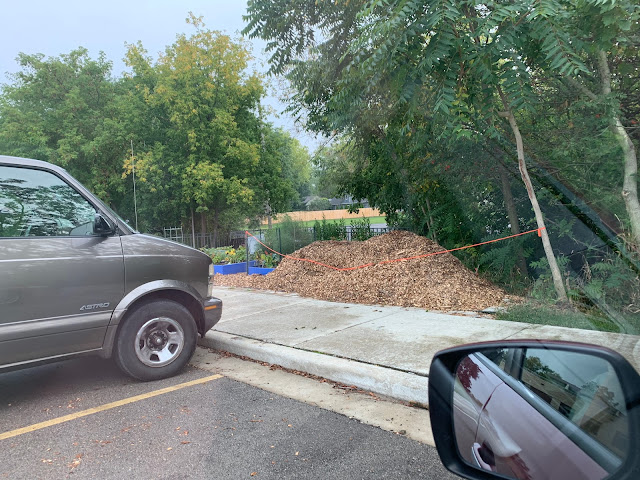 So there is the pile, however a couple of people had been there to move mulch so that the sidewalk was clear. You can see how deep it is next to the raised beds. 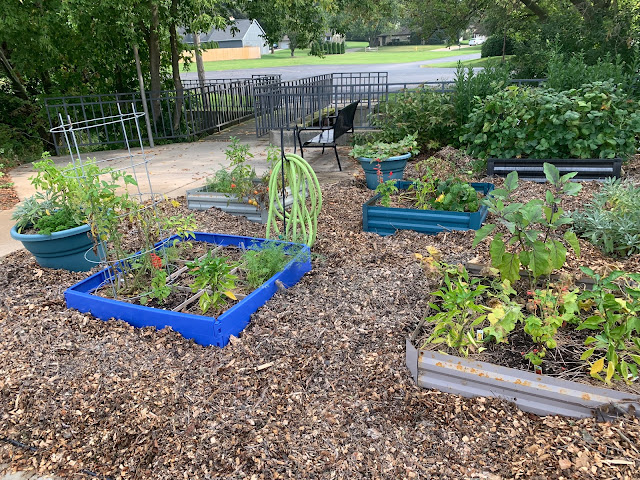 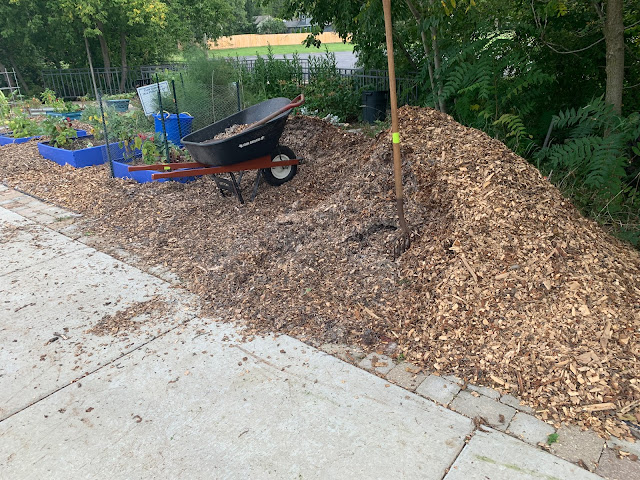 Part of the way through moving the stuff down to the far end near the flowers. They didn't get rid of the whole pile, some will be left to put where the flowers are too thick to put down mulch. 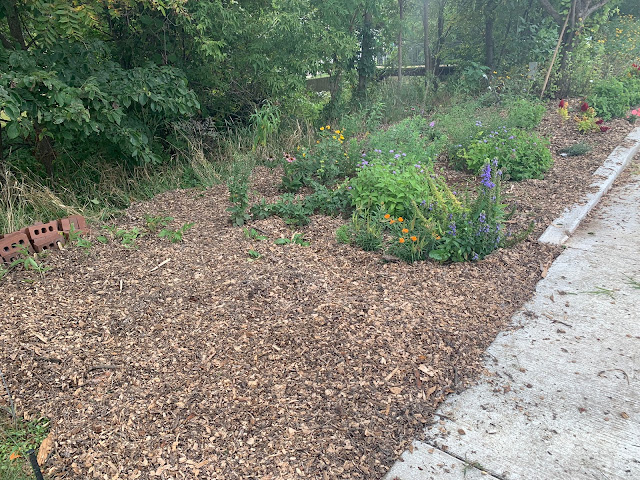 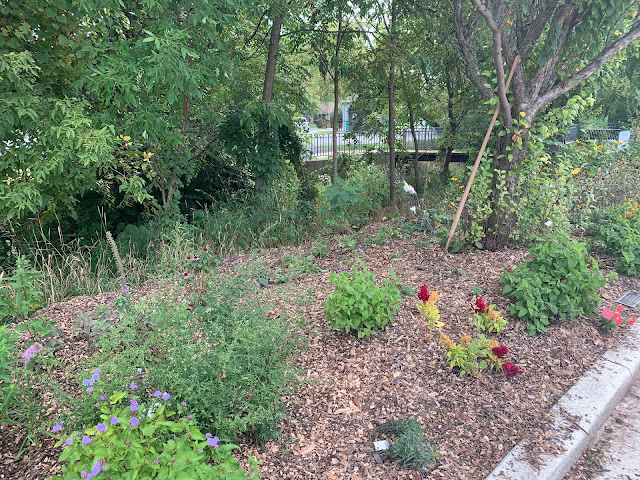 The weekly harvest. Mum picked the beans, the found the tomatoes, peppers, eggy-plant, hot peppers. They took the green tomatoes too, they might not really ripen with the weather going up and down. Plus one of the ladies had a bald hornet nest on their house so they got a bee guy to come over to get rid of it. They were able to save part of the next. Aren't the colors cool on the nest? Browns, greys and white. 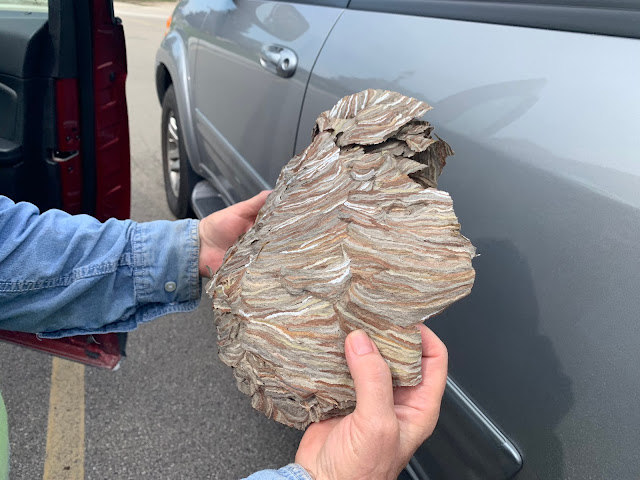 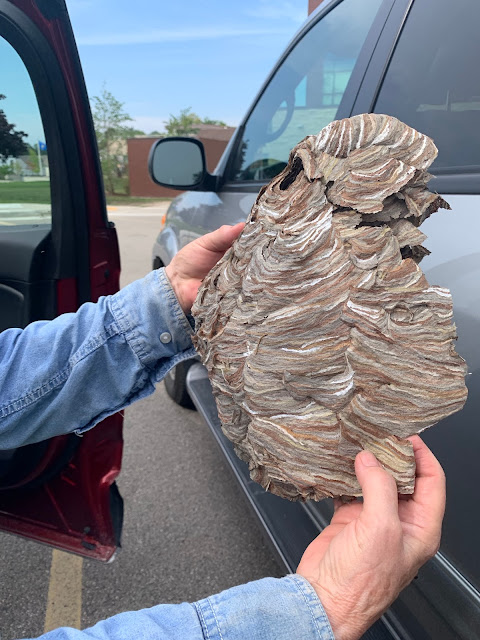 At home, well mum managed to make hay yesterday. That means she mowed the lawn, at least in the back yard. It was getting very, very long. She wasn't home or it was too wet to mow. So she managed to get a short time after coming back from the community garden to at least get half of it done.

See you next week. Love, Virginger, Glimmer, Trooper and Fleur.
Mewsings by Just Ducky at 12:30 AM