To others she may seem just a common little moggy, but to me she is my friend, confidante and comfort. - Author Unknown

The final thing on the weather guessers was 2 inches of snow! Enough though to make everything white! This was all we had by Caturday morning. Mostly rain but it did get a bit icy out. Didn't matter to us, we stayed home! 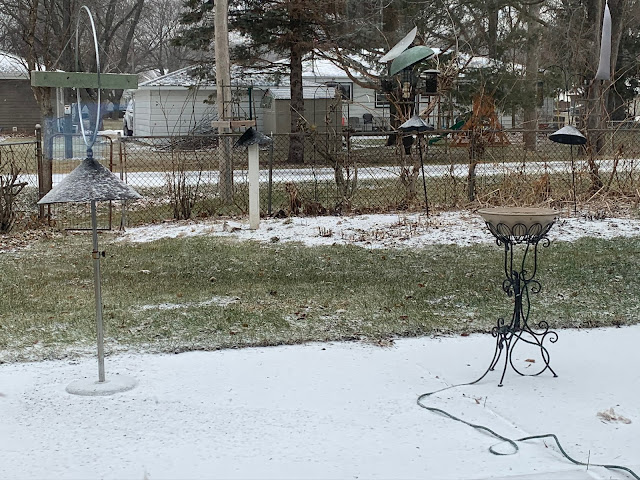 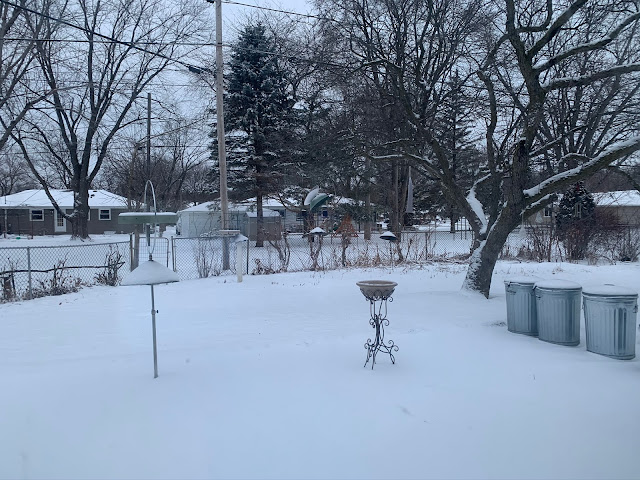 Sunday AM. Not much snow which made mum happy. Mr Nick came by and cleared off the driveway. By the end of the day it had pretty much melted clear. 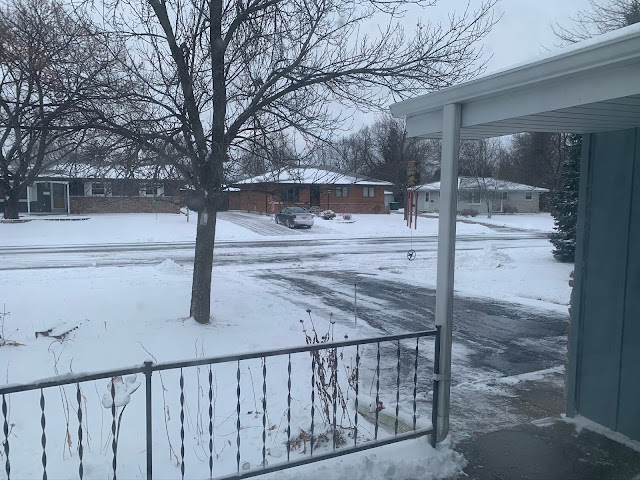 Mum went out and carefully tested the footing. Then cleared off the bit of the patio that she wants to. Enuf to get at the bird feeding stuff. With the rain and then cold temps then snow mum had to chip out the seed and add some non-frozen stuff so the fevvers could eat. 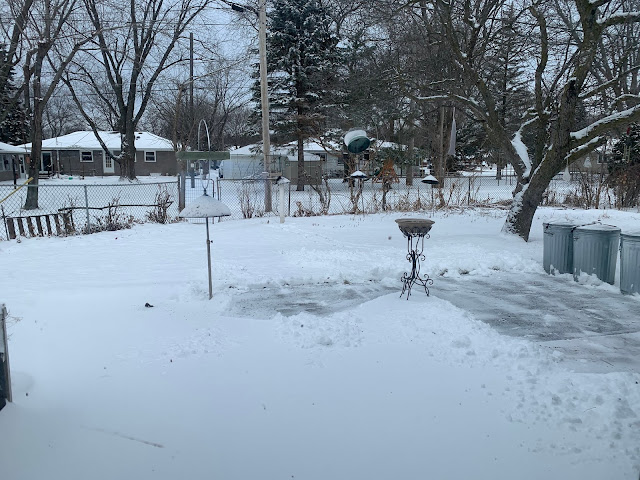 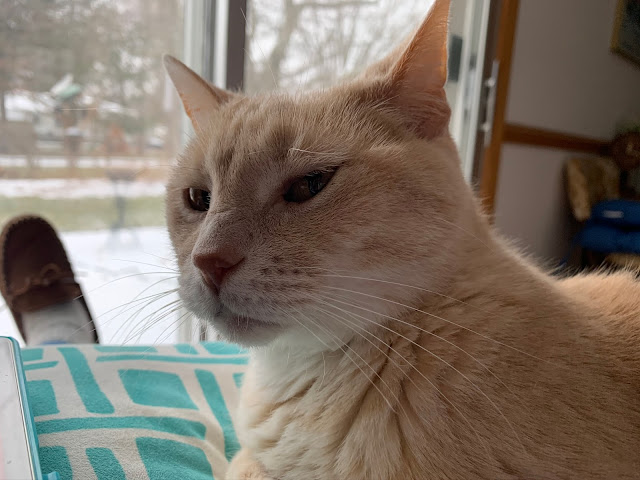 Here we are watching and waiting for the fevvers to show up and they did. One of our first takers a red-bellied woodpecker. 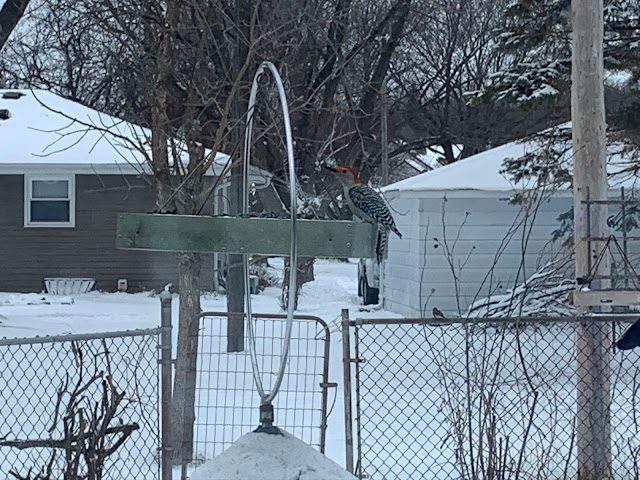 The Pack - They pulled out a win on the frozen tundra of Lambeau field. They beat the Seahawks and will now go on the the championship game next Sunday in San Francisco.

Mum did watch most of the other three games. The early game on Sunday was wild! Lots of scoring by one team, then turn around and the other team. Lots of points, mum thinks they said the most ever in a playoff game.

So we will see next week if they can get to the Stouper Bowl.