Cats come and go without ever leaving. - Martha Curtis

I suppose that is true. I enter and leave the room and mum isn't aware at all. Sometimes I just appear by her side, jumping upon the chair next to her.

Mum figures I am back to normal eating now. Back to my usual self, wanting to cuddle with mum, mooching foods from her as well. I clean out my bowl of gooshy foods and the chick-hen bits too. 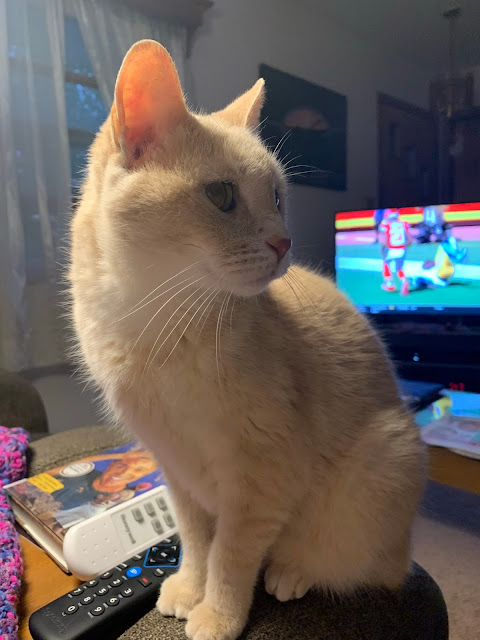 Sitting with mum during the feetsball game and then spying on her from the tower! 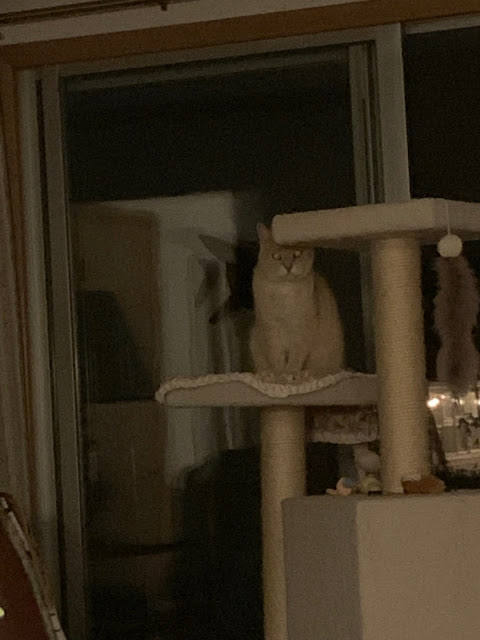 Yes I will hold down your yarns while you work on the crow-shay. You made good progress tonight! 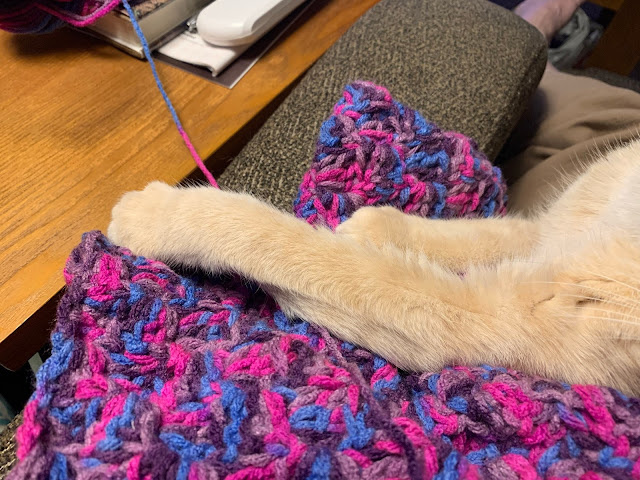 Lots more than feetsball happening around here this past weekend, so here is the update.

The Pack -played in prime time on Sunday night and managed to look pretty good. They got off to a good start in the first half and managed to have a chance to win it in the last three seconds after letting the other guys catch up and be ahead by one point. Our wonderful kicker made a 51 yard field goal as the time ran out. Yipee!

The Brewers - our local baseball team won all three games this weekend and by doing go will finish first in the National League Central Division. They clinched a playoff berth a week ago, but by finishing first they get a better playoff setup. At the end of the game they had confetti and streamers being set off all over the field. In the locker room they were spraying each other with champagne

The Golf Gang - the US gang beat the group from over the pond. They played hard and won more points that have been won by the team in ages.

While we are at the end of the month of September the weather is marvy and the windows are wide open around here. I like that.