As to sagacity, I should say that his judgement respecting the warmest place and the softest cushion in a room is infallible, his punctuality at meal times is admirable, and his pertinacity in jumping on people's shoulders till they give him some of the best of what is going, indicates great firmness. - Thomas Henry Huxley

Yeah, we cats get what we want! I bugged mum yesterday at lunch cuz she had grilled chick-hen for lunch. Well, I want some too. I finally got some, but she made sure it was the inside part as the outside part had garlic on it.

We had some crazy weather yesterday afternoon. The weather warning thing kept sounding but the worst sure didn't come by us. It got all dark, but no winds, no hail and very little rain. 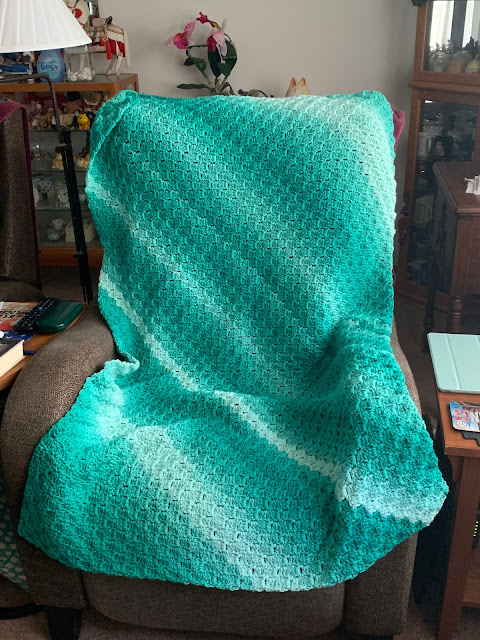 Here is a pic of the finished blankie mum was working on last week, and yes she has started a new one. She needs to keep her hands bizzy while she watches feetsball. . 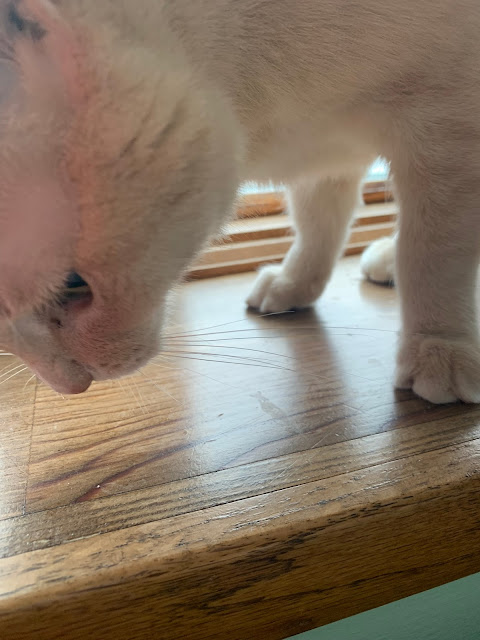 Me, chowing down on the chick-hen. It was delish!

The Pack - they did it. In the battle of the 12 guys, our guy ARodg out did Tom B. The Pack scored two TD's early and kept the other guys from scoring most of the game. The other guys had a chance to tie it right at the end, but missed out getting the 2 points they needed. They got penalized for not getting the play off on time. It was a nail biter at the end, but a PHEW, we won!

It starts on Caturday, TOCK-TOBER! So start planning your tock shots now and show them off on the 20th to cellybrate my late, grate bro Derby. He was known for showing his tocks. 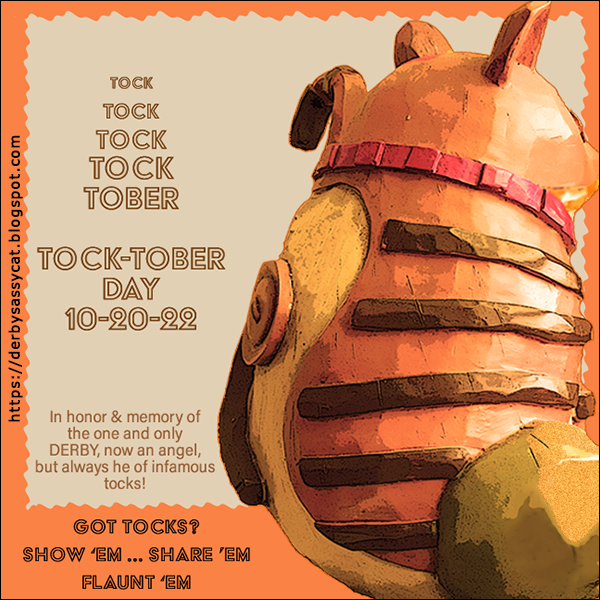 You all have a wonderful week.