The Fauci book is a collection of various quotes by him over the past couple of years. So not something he wrote.

The Anderson Cooper book is a collection of emails he exchanged with his mother during the last few years of her life.

Carnegie's Maid is a fictional account of a maid who worked in Andrew Carnegie's home, actually the home of his mother. He wanted a relationship with her but she knows that won't be a good thing and moves on. 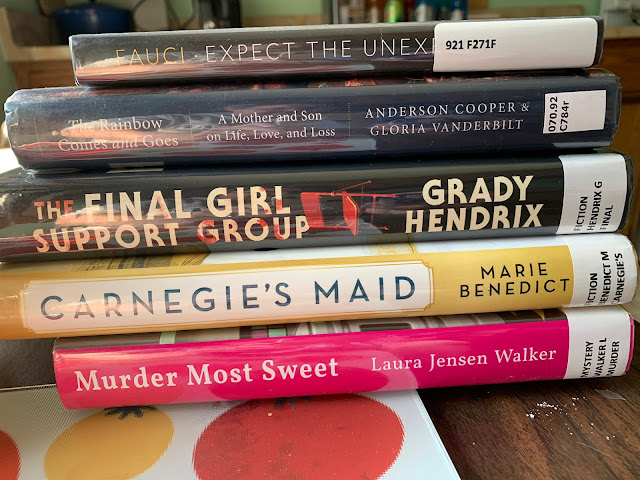 Murder Most Sweet and The Final Girl Support Group, I didn't make it through either. The first was set in Wisconsin featuring an older woman who bakes. Something with the dialog didn't sit right with me so it was hard to read. The other book was about women who are the last survivor of a group murder. I found it creepy and couldn't get through it. 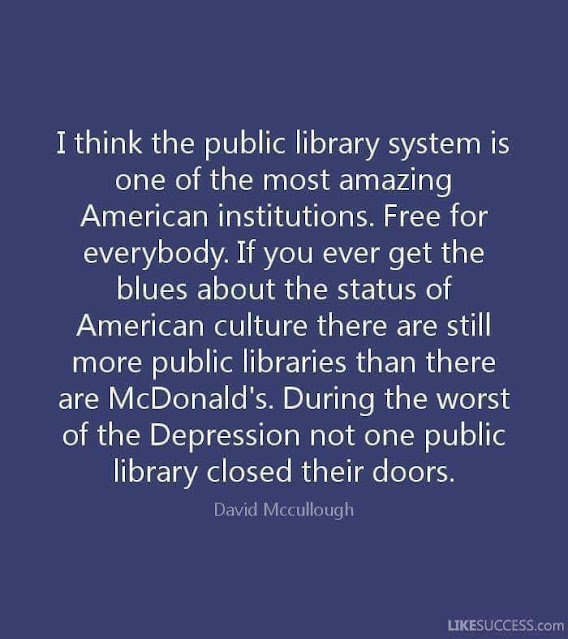 Libraries did close during the pandemic. At least we couldn't go inside to get an actual book, but their electronic resources were available. My local library was closed for about 6 weeks before they set up curbside pick up. 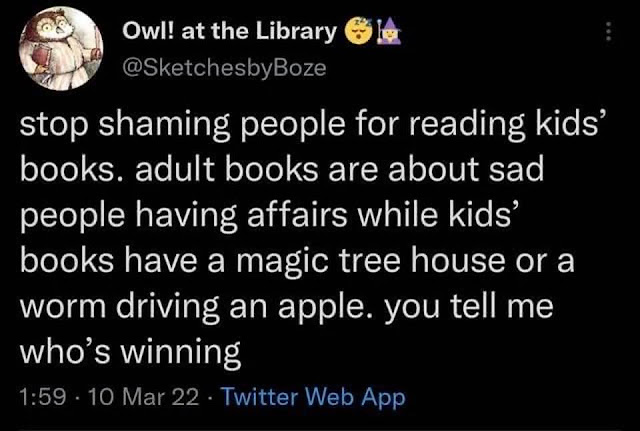 My opinion is read whatever books you want in whatever format you want. I've read kid books as an adult. I went back as an adult and reread all of the books Walter Farley wrote in order. He did The Black Stallion series. His son has continued to write books in the series.

I finished my 150th book of the year yesterday and am likely to finish 151 today!