Most cats, when they are Out want to be In, and vice versa, and often simultaneously. - Louis J. Camuti, D.V.M.

HiYa Ducky here. Hope everyone had a nice weekend.

We only get to be "in" cats. Rarely are we allowed out, then only in the PTU to go to the stabby place. Although, when Miss Lynn dropped by a few weeks ago, mum did get Derby and take him outside to see Miss Lynn. He got all squirmy, so mum brought him back in.  She wanted to take me outside, but I refused to let her pick me up! hehehe, so I didn't go outside.

We did a lot of this over the weekend. Just chilling on the tower, taking turns as to who had the top spot. 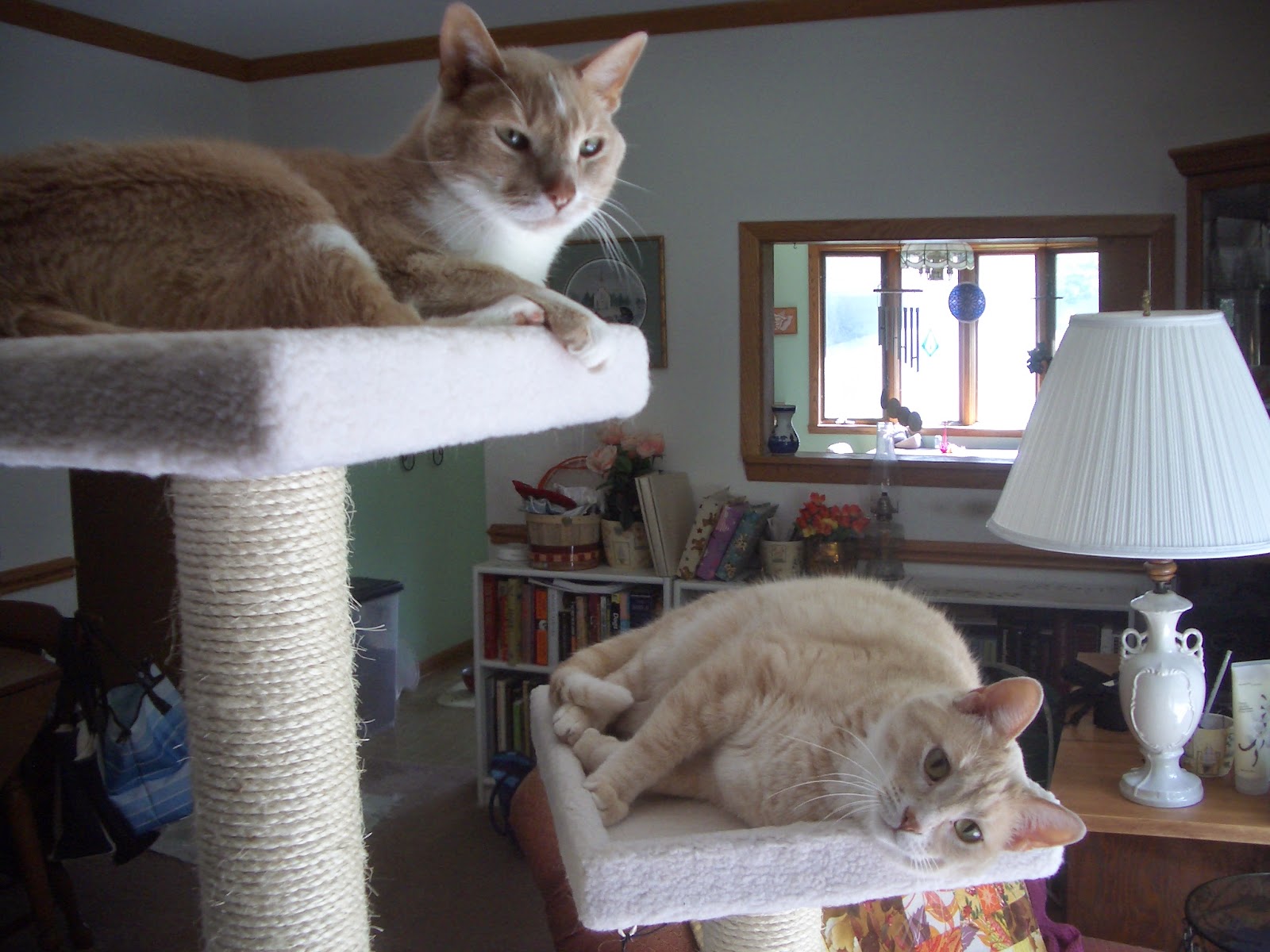 Mum did grilled beast both Caturday and Sunday. On Sunday Derby did not come to watch mum eat, but I did. 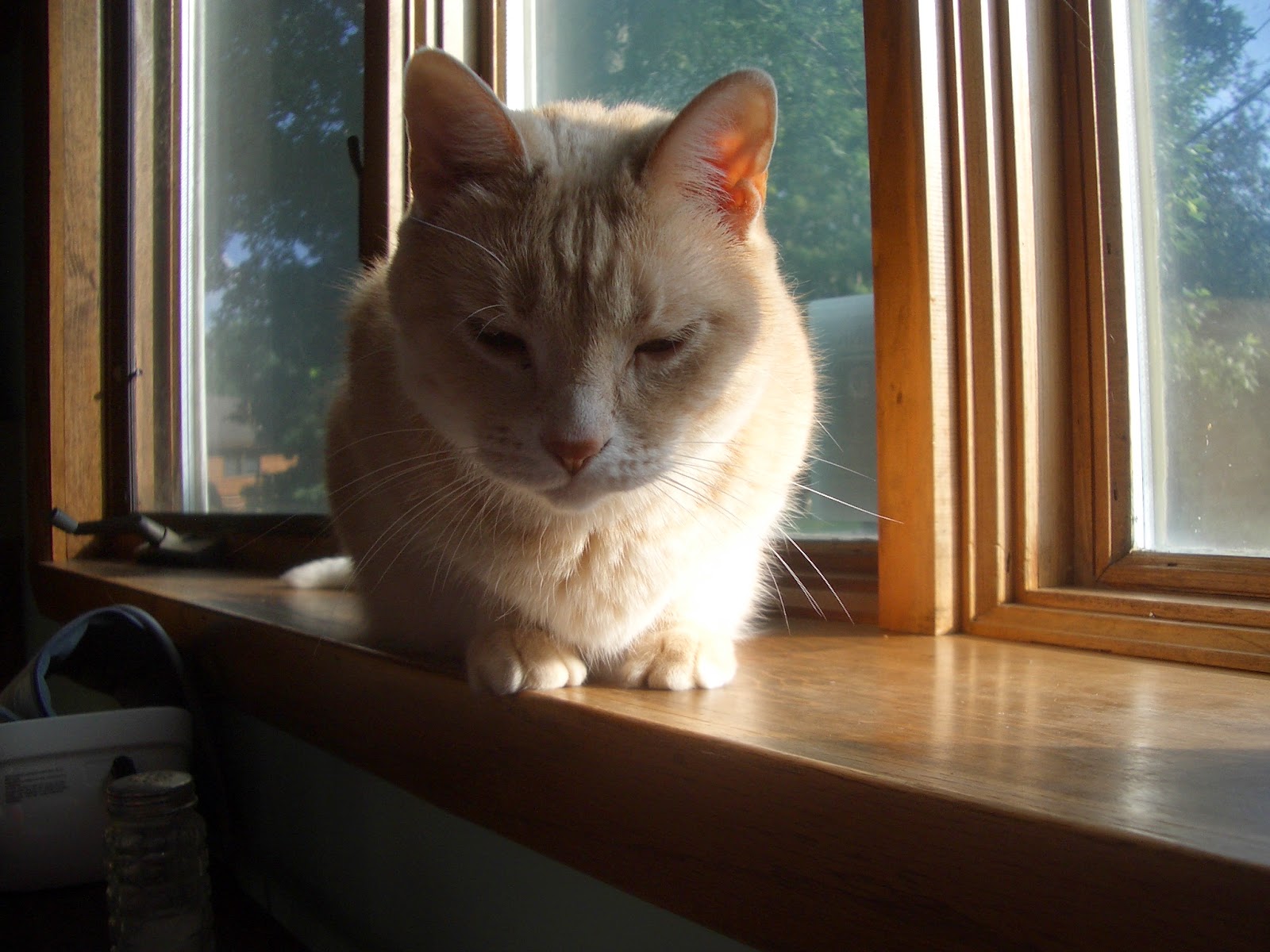 So I got rewarded with a little bit of grill beast, actually two pieces as mum gave me Derby's too! 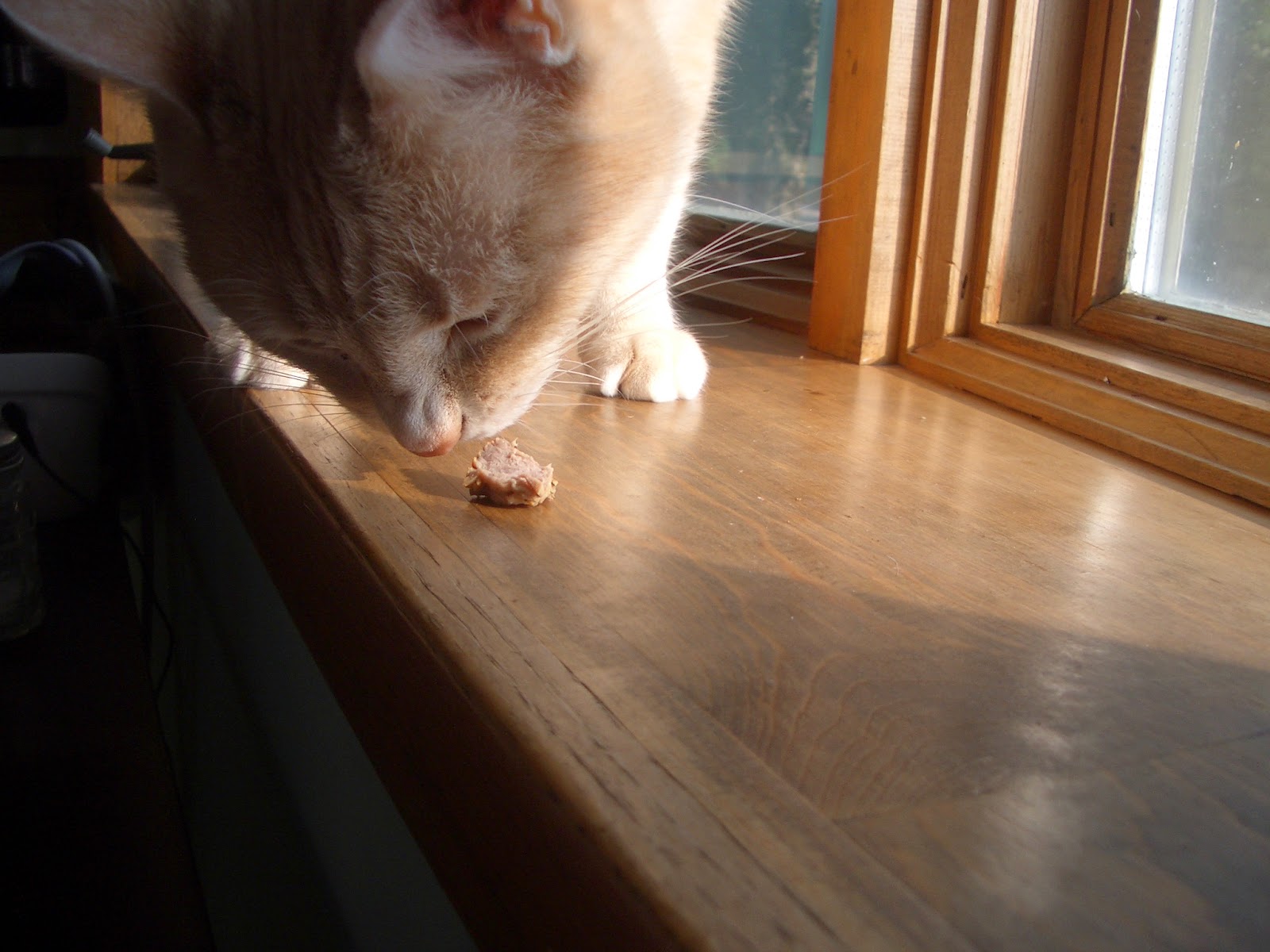 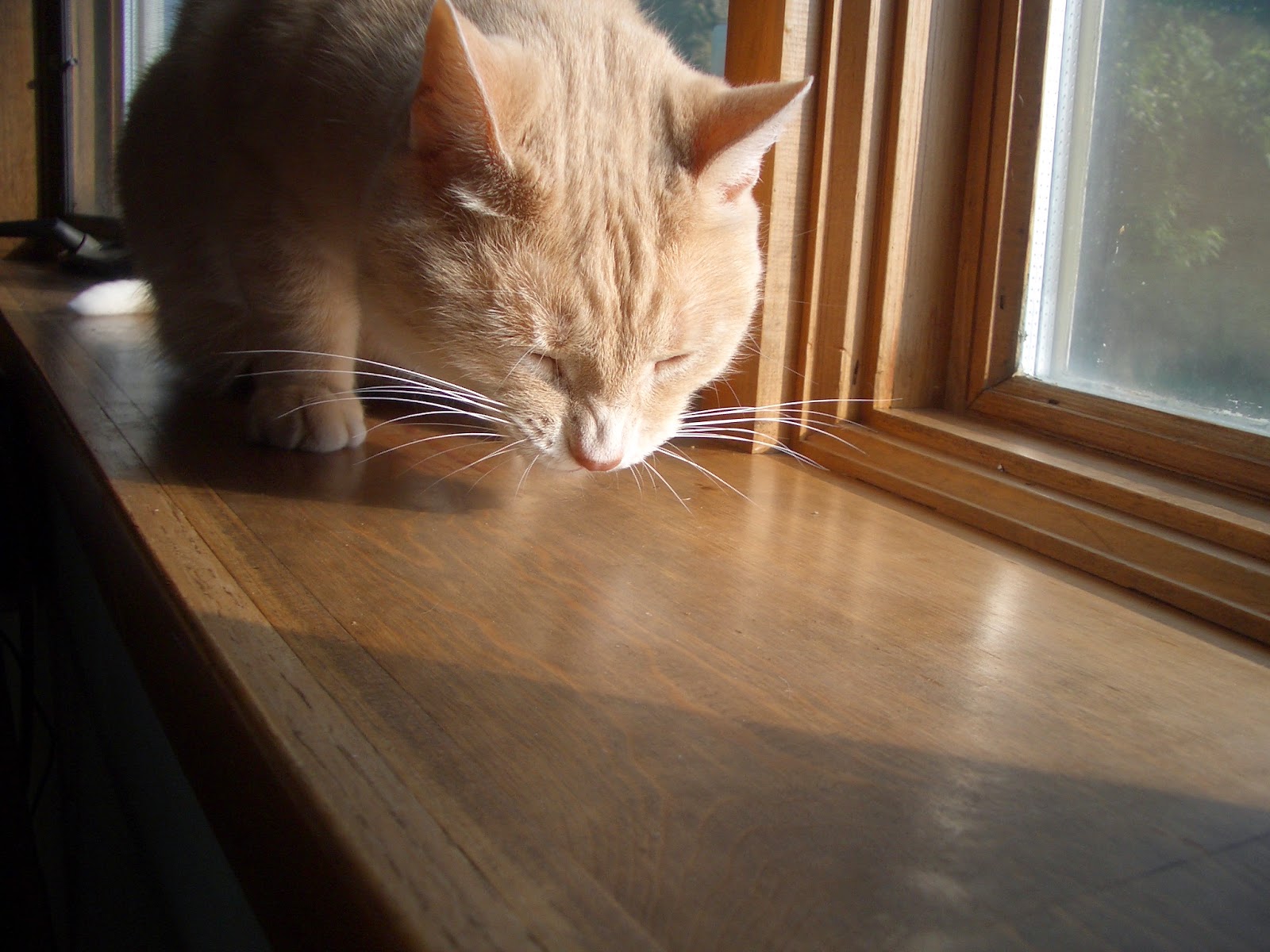 So where was Derby? Sleeping on the tower! You snooze, you lose! 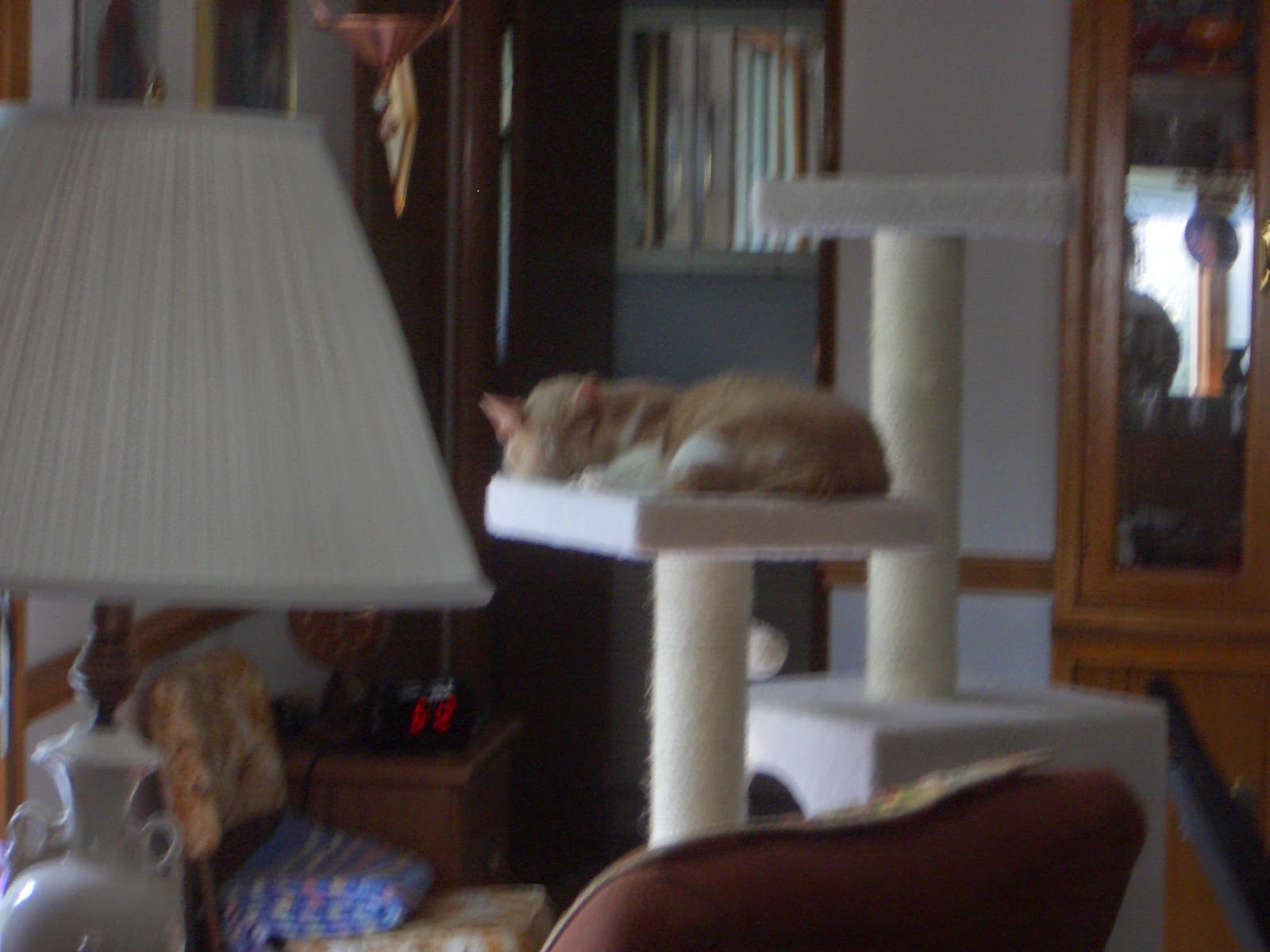 Have a grate week everyone.