You will always be lucky if you know how to make friends with strange cats. - Colonial American Proverb

Don't be calling us cats strange. We are just furry furiends you haven't met yet! 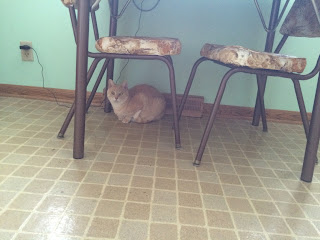 This is me on Caturday, mum spent a lot of time in the kitch-hen doing stuff. I keep her company but stay out of the way. 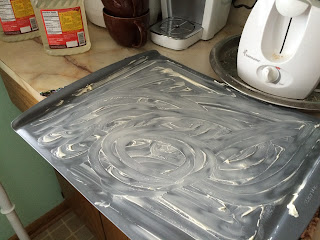 She got the pan all buttered and made a bunch of batches of her peanut brittle. With Derby not around she didn't have to worry about some cat try to lick the pan all the time. She needs to take some of this with her on Thanksgiving. 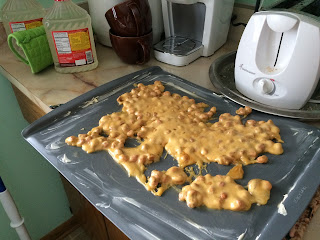 Then she jumped into making chick-hen noodle soup. I was given some of the chick-hen before the rest went into the soup. Then she made another type of soup on Sunday! 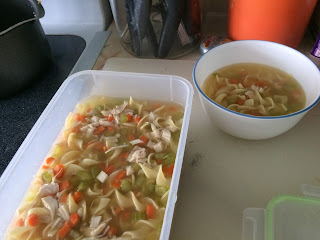 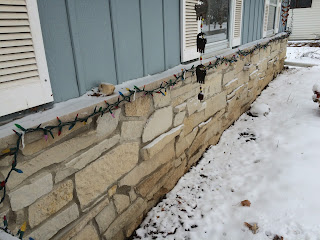 Some one commented on mum's putting out the Christmouse lights. She doesn't get on a ladder either. They just get attached to the railing and stone ledge in front of the house. So she is nice and safe. 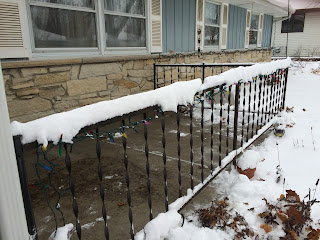 The Pack -Yipee and Phew! The Pack managed to win today beating the ViQueens. Looked liked they found the guys who played the first six games and put them into play this week.

Be prepared on Turkey Day evening. The Pack with be hosting Da Bears at Lambeau field. Mum is looking forward to half time. Grampa Brett will be honored on the Ring of Honor and they expect Bart Starr to be there. Old Bart has had some health issues, so mum hopes things go well. She amembers him being the bestest player back when she was a little wafer, plus he is a super nice purrson too.


The Broncos - They came to play Da Bears in ChiTown. Of course Mr Peyton wasn't playing since he hurted his paw last week, heck he didn't even come to ChiTown.

Have a wonderful week everyone.
Mewsings by Just Ducky at 12:30 AM