HiYa, Ducky here. Hope everyone survived Thanksgiving and that you are all out of your food comas! Mum said she did not have a food coma, that she ate well, but didn't overeat.

As usual she ranned off to spend the afternoon and overnight with her furiends. They are the ones that grill the ducks super good. Then rather than drive home late when she is tired she stays overnight. 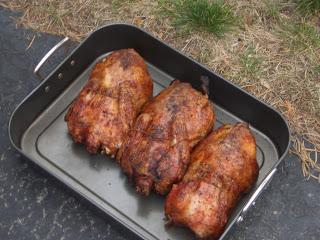 No, I did not get any samples of duck, so I have none to share with anyone else. Sorry guys, mum sort of thought about asking for a bit, but then she thinks that would be rude to her hosts.

Mum was home then on Friday purrty early and she made a couple of phone calls. A guy showed up about an hour later with this! 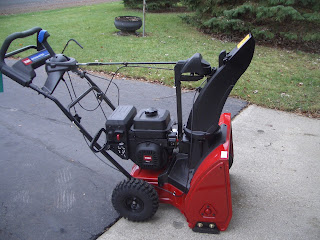 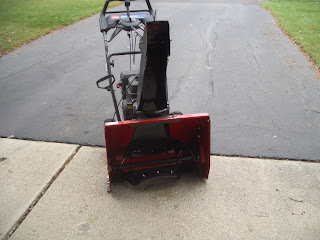 Mum bought herself a new snow eater, a bigger one that can move heavy snow. Mum says she isn't getting any younger and doesn't always want to shovel that heavy snow at the end of the drive where the plow goes by! 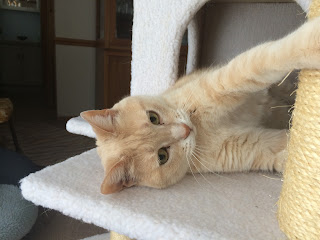 Mum is avoiding the stores until Monday, then she needs to go get a new carbon monoxide monitor. Ours starting chirping in the middle of the night with an error. Mum figured out it was deaded for good. Plus she is going to make potato soup later today too. Some good stuff for her to eat.