Blessed are those who love cats, for they shall never be lonely. - Unknown

We will have a white Christmouse. The storm left us enough snow, but not a huge amount of snow. Now it has been sunny but cold, so the snow isn't going away.

The snow does make for easier fevver watching outside, the fevvers on the ground show up now. On late Caturday afternoon, we were sitting with mum in the chair and then one stupid dove flew right into the big window that goes to the floor. He landed, outside, then four more showed up to see if he was OK. So close, but yet so far. Would have made some good sized snacks for us.

Finally mum let us open our Secret Paws from Daisy MaeMaus and Charmee on Sunday. Oh did we get a lot of goodies, gooshy foods and treats. We don't get lots of gushy foods so these will be treats. 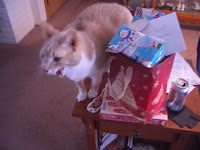 Derby yelling at mum to hurry up, he wanted to get going on the prezzie opening. He was in a mood on Sunday, First he was sitting on me really hard and putting the bitey on me. Mum told him he needed to be nicer. 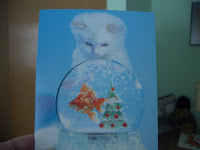 The cute little card, a kitten with a snow globe with a goldy fish in it. 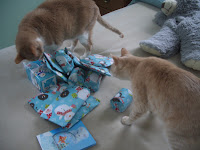 Mum put all of the wrapped prezzies on her sleepy spot, so we had a chance to sniff and see if we could pick anything out by smell. 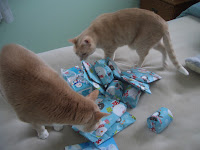 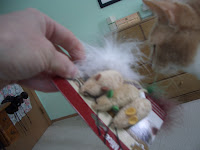 Lots of fevvers here on these mousies, and they are blind mousies, they have no eyes. 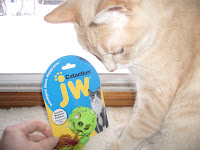 A bigger ball with fevvers and a jingle ball inside. 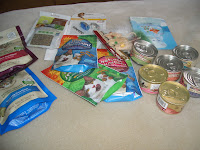 But look at all of these treats and noms. Oh wow, we will be feasting over the holidaze and into the new year.  Surf and turf for new year's sound good. 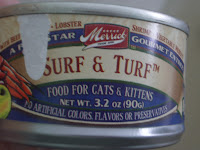 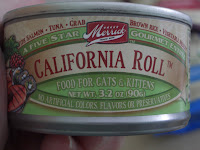 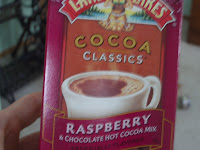 Plus something for mum, some hot chocolate mix with razzberry flavor. Mum loves razzberries and chocolate.

DMM and Charmee, you done super good in picking everything out. We thanks you so so much.

The Pack - What a game! They almost had a shut out! As it was we sent Tennessee guys home with a thrashing. The Pack seemed to be able to do most anything and scored 55, yes you readed that right, 55 points. The other guys got one touchdown and that was within the last two minutes of the game.

Now they are for sure the number 3 seed for the playoffs and if the Niner's get beat, then they could be the number 2 seed.

The Broncos- They won today as well and may have a chance to be the number one seed. One more weekend of games next weekend to end out the season.

Party time - we will be stopping by the Hotties and George the Duck Christmouse eve party. This has been going on for a long time. Gives all of us a chance to reach out and be with others, even if just on the innerwebs.  So iffin you have to be by yourself tonight, you don't have to be ALL by yourself. Stop in and have some funs. 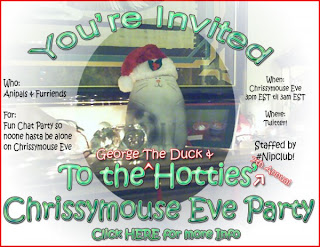