Now that the girls are done with garden posts until spring I was confurring with mum about what to post on Thursday. We have decided to go back and look at posts from previous years that happened on this day.

So for our first post we travel back to December 1, 2007. That was before I got here, so you are looking at pictures of Derby. The post was:

We have this little door in the wall. I don't know where it goes as mum won't let me jump in here. 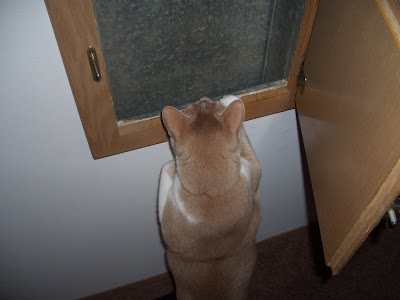 But mum tosses stuff in and then closes the door. Then they appear in the dungeon. Mum says that I don't want to try to use this as a short cut to get to the dungeon. I might get stuck. Better to use the stairs. 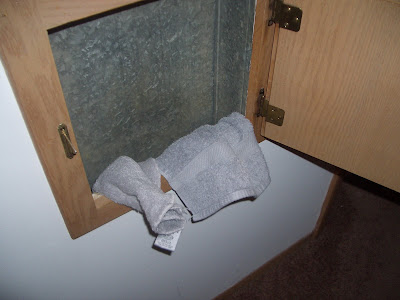 Mum is not happy with the squirrels as they are getting way too cheeky for their own good. They have been pushing off the lid of the big container of bird seed. At first she thought it might be raccoons, but this has been happening during the day and raccoons aren't usually around during the day.

This was the container early this morning, the top was totally pushed off. 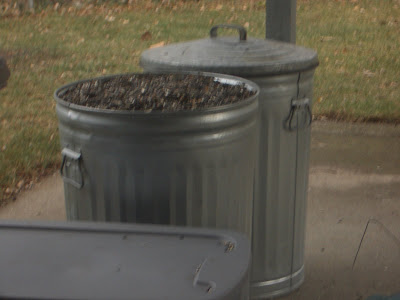 So she put the top back on and went to do her stuff outside the house today, when she came back the top was pushed up again. 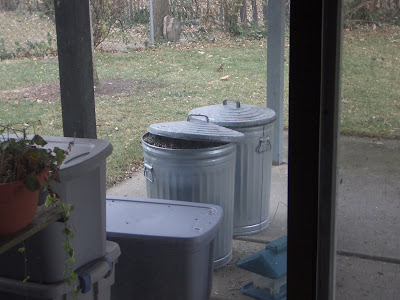 One of the things that mum got while she was out were these straps to keep it shut. 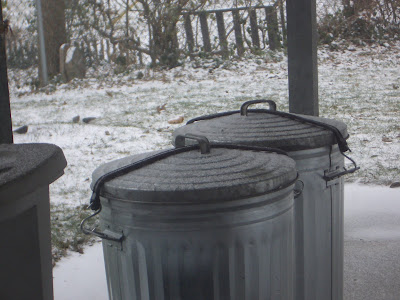 Mr Squirrel got mad and was chewing on the strap, then he even was putting the bitey on the empty feeder, knocking it over. If she could she would get rid of the squirrels. 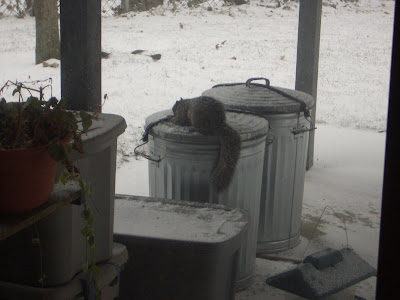 Here he is giving mum a dirty look for his not being able to get into the food container! 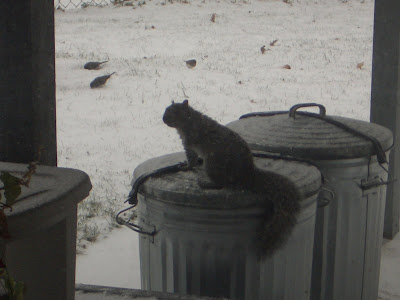 Then he even was putting the bitey on the empty feeder, knocking it over. If she could she would get rid of the squirrels. 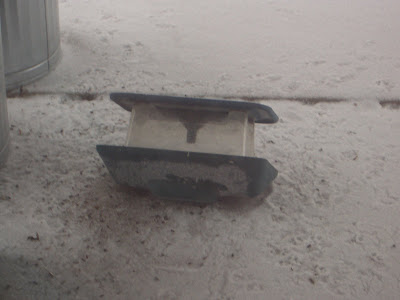 Mum has been busy making peanut brittle, doing her Christmas letter and typing up Grampie's Christmas letter as well. Plus she talked with the next door people, they go hunting every year and their group killed 9 vishus deers during the hunting season. So they are protecting us from those nasty creatures.

Between batches trying some more stuff in Photoshop, she has the Elements 5.0. Her class thingy was a one night only. They just quickly went through all the tools, but she has written instructions to follow now. Then when she really learns stuff, she won't need to read how to do things.

Plus mum went shopping on the puter last night. Finally she got the WATK book, the new Cat Blogosphere calendar and something for herself for Christmas.
Mewsings by Just Ducky at 8:34 AM