It is furry cold here, me and mum are doing lots of cuddles to keep warms. She goes out if she has to, she had the bored of the library meeting. After the usual meeting they had a nice social time, eating and having a drink.

Today's flash back is from December 15,2007. Derby had just got his Secret Paw Package.


What timing! Friday mum got my package taken to the station, then later in the day the guy left me a package. What was bestest is that mum was home from work early, so as soon as the guy left it mum brought it inside. 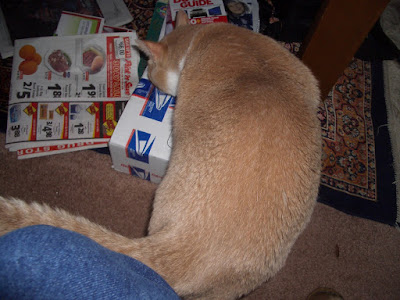 Here I am inspecting the box, it is from Artsy Catsy! They are a great bunch of kitties, so this should be good. 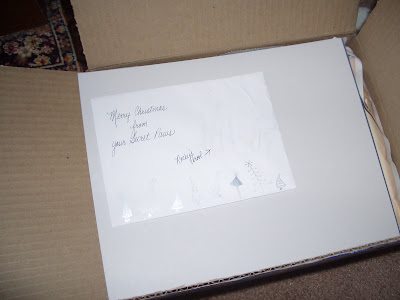 Top layer was a card signed by all of the gang, plus drool from Rocky. Must be nip in here somewhere! 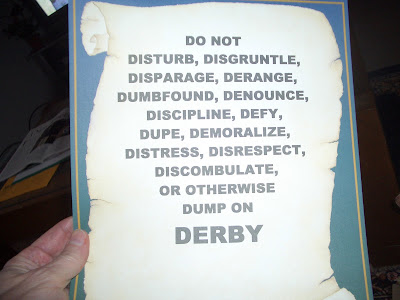 First a wonderful sign to tell everyone not to do bad things to me, Derby. All of those bad things start with a "D" too. Now I know what mum should not do to me. 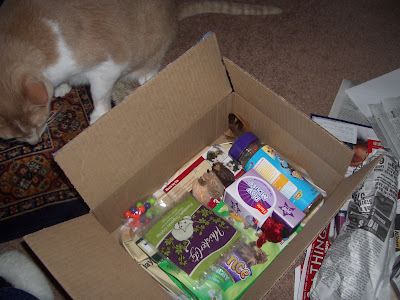 Then down to the serious layer of goodies - organic nip, fevver butt mousies, jacks (I never seen these before), Pounce Treats too. I am one of the minority in that I like Pounce treats better than Temp-tay-shuns. Two containers of treats. I should be all set to have mum handing these out on a regular basis. 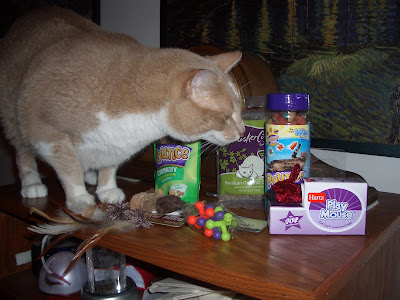 Mum put them up on the top of the stand and I jumped up to inspect further. Oh this will be great! 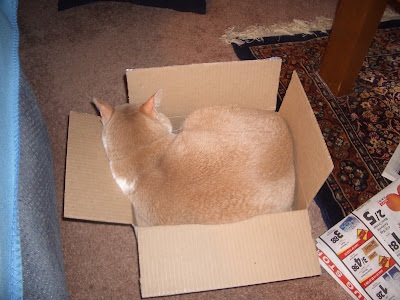 And the empty box isn't bad either! Thank you so much to everyone at Artsy Catsy, you did a great job of picking prezzies.

I mentioned mum came home early on Friday, so I got some extra mum time. But she also spent time outside pulling snow off the roof of the house! Doesn't she get enough of that stuff when it comes down on the driveway? Mum says she did it to keep from getting more ice on the edge of the roof. We have some and lots of icicles which mum says if they get thick enough could damage the roof or gutters. This way the edge has less snow to actually melt and things work out fine.

Plus she spent a lot of time filling the birdie feeders, they sure do eat a lot when the snow is on the ground. Good thing mum has lots of foods for them, it is snowing again today. But is is a nice soft fluffy snow, pretty to look at and not hard to shovel.

Oh mum is done with another batch of peanut brittle. Time to go see if I can lick the pan and get some butter.
Mewsings by Just Ducky at 12:30 AM