Cat's eyes seem a bridge to a world beyond the one we know. - Lynn Holly 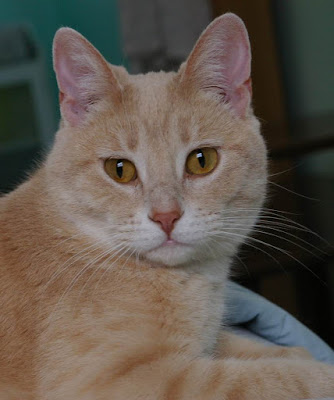 So, sorta close up pics of me, above, and Derby below. Can you see our souls? 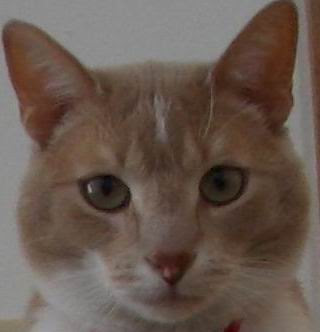 Mum took off on Caturday afternoon for a dinner with some of her racy furiends, it ended up being an adventure!

Got to her furiends house, then they drove to the dinner spot. On the way home they were in a lane that made them get off into a rest stop area. It was confusing, construction area and a rainy night. As they drove through the rest area one of the tires went POP with a loud noise. So they were in a safe place and mum very nicely called on her emergency car service card. They had to wait an hour to have a guy come and put on the spare on. But since it is one of those donut spares they couldn't drive as fast. So about 90 minutes of extra driving and the previous waiting time. So mum says she didn't get to bed early and really didn't get an extra hour of sleep. Mum said she went to bed at 1 AM! Then she didn't sleep well either. Got up early, so they had early brekkie and mum was home by 10 AM.

The Pack - Played on Sunday night against TomB and the boys named Pat. First half was ok, second half the Pats got the better of The Pack. Mum wasn't upset or yelling at the moving picture box, she sort of expected the game to go the way it did.

To All of My Meriky Furiends - Your beans need to go and vote tomorrow if they haven't already voted! 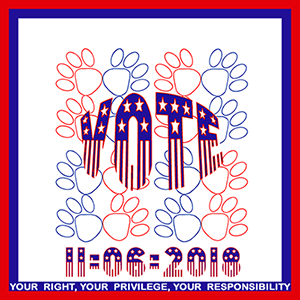