A cat's rage is beautiful, burning with pure cat flame, all its hair standing up and crackling blue sparks, eyes blazing and sputtering. - William S. Burroughs

Hmmm, I am a very calm kittie. Mum can only amember me hissing once for no apparent reason. So not much blazing and sputtering.

Miss Lynn came be for laundry duty on Caturday. She got the washy part done and into the dryer, then they left for hours. They had signed up to do a mini class on paper marbling. Mum did this a few months ago, but only could do one pic. Here they had a chance to do multiple pictures doing lots of different colors. They had to pay for this, so they didn't want to lose their green papers. You can see some of her pics below. 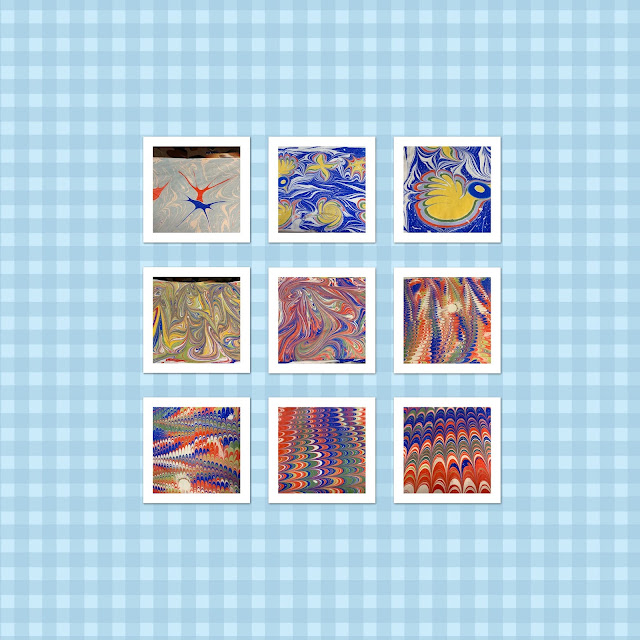 But being active and not having her footie up made it a bit ouchy and swollen, but it looked better by yesterday morning. 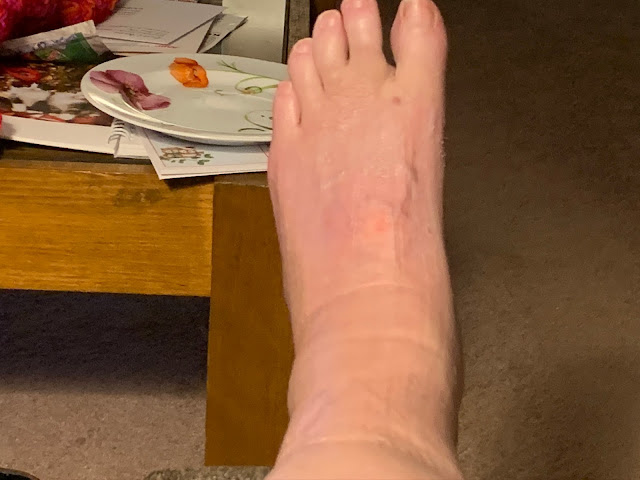 Caturday afternoon above and Sunday morning below. Plus by the end of Sunday she was all pooped out, she made trips to the kitch-hen to make the other duck part for dinner. It was again yummy but too much walking around for mum. 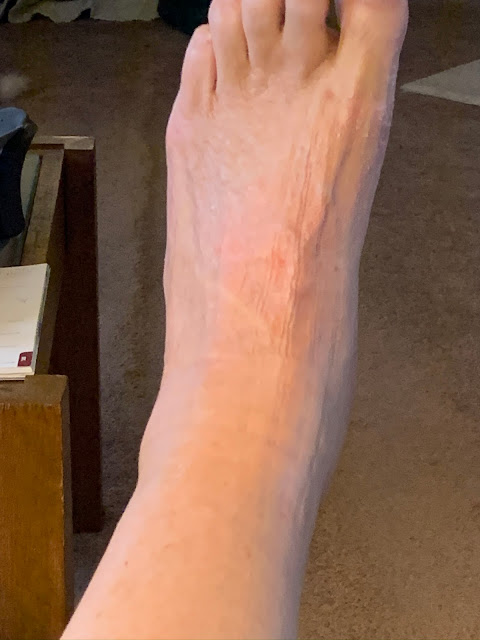 Plus, we are in December so mum had Miss Lynn bring up the wreath and Grampie's little tree from the dungeon. We gotta have a few Christ-mouse decorations. Well, one of the light strings burned out, so mum had to pull it out and try to get the good one positioned. She think she needs to work on it a bit, but at least we have our tree up. 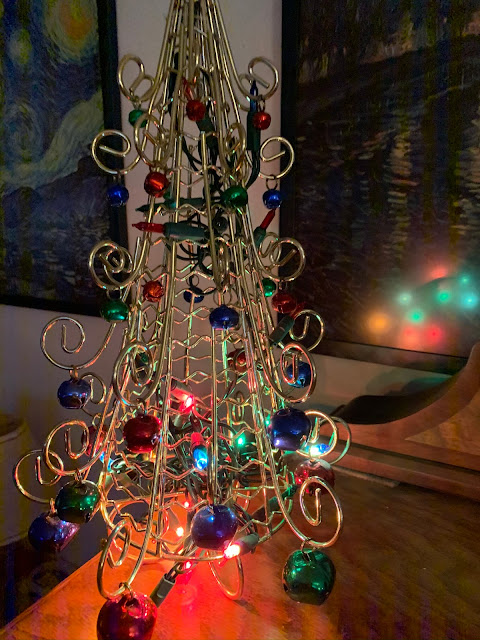 There is one light that isn't on and it is at the top of the tree, so mum wants to try to fix that. 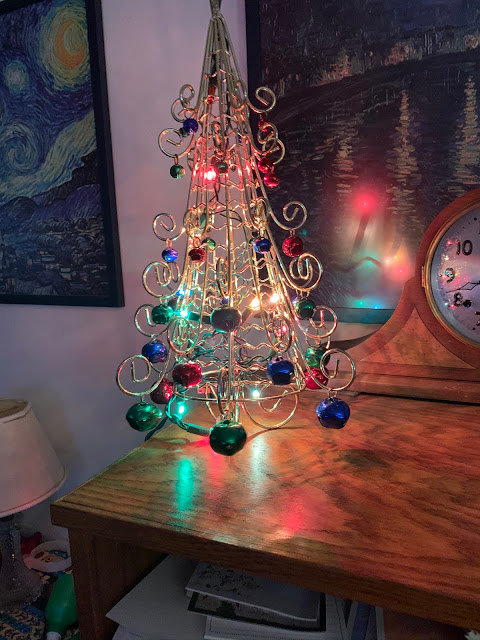 Bucky Badger - They beat Mini-sota so now they get to play on Caturday night against the mean Buckyeye boys. They played and losted to them earlier in the season, so we shall see how things go.

Happy December, everyone have a good week.
Mewsings by Just Ducky at 12:30 AM