If animals could speak, the dog would be a blundering, outspoken, honest fellow -- but the cat would have the rare grace of never saying a word too much. - Philip Gilbert Hamerton

Yep, we cats have just the right touch. Never a word or action too much. 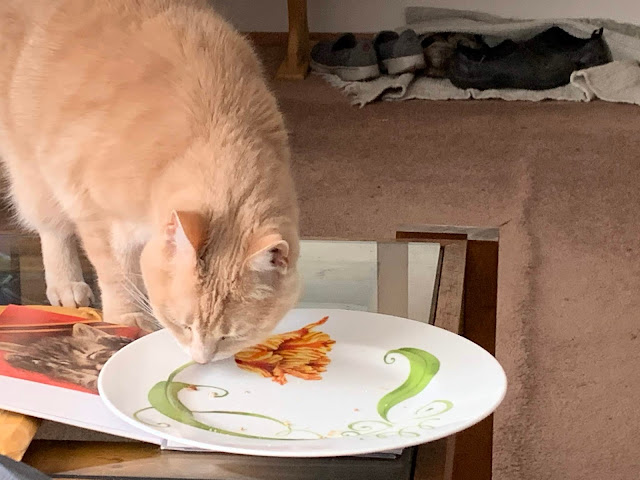 This was mum's breakfast plate yesterday. She had a slice of ham on toast and she left me a bit of the ham to nosh on. It was yummy. 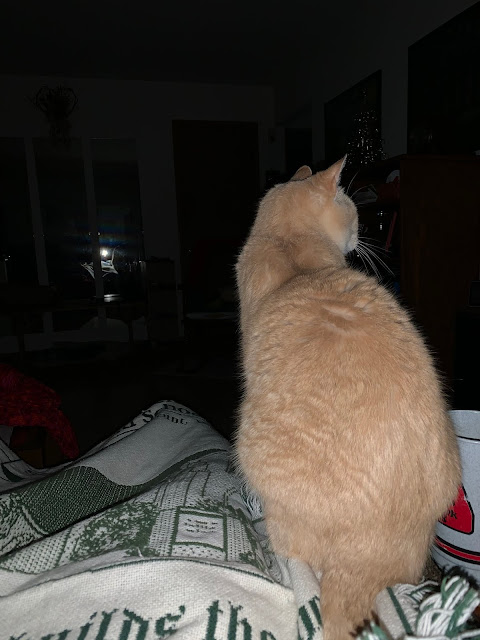 Here  is me guarding mum at night when she tries to sleep. Some night she sleeps well, other nights not so much. So on days when she is tired, she doesn't do much, takes nap. When she feels up to it, she gets stuff done, reading, crow-shay and the few chores she can do here at home. Maybe even a short trip out of the house.


Yesterday mum caught me taking a hit of the nip carrot. I could use a new one, but I know that mum can't get to the store to get me one just now.

The Pack - they beat Da Bears. Mum was saying HBO words at times cuz they didn't play well. Even to the end they coulda losted it. It went down to the last second on the game clock, which actually took 19 seconds to actually end. So The Pack is in the playoffs.

Happy week everyon.
Mewsings by Just Ducky at 12:30 AM