Happy Day after Christmouse! I hope you all had a good day. Me and mum spent it quietly at home, her with her footy up as usual. She did make a nice dinner for herself of cornish hen and I corn casserole. 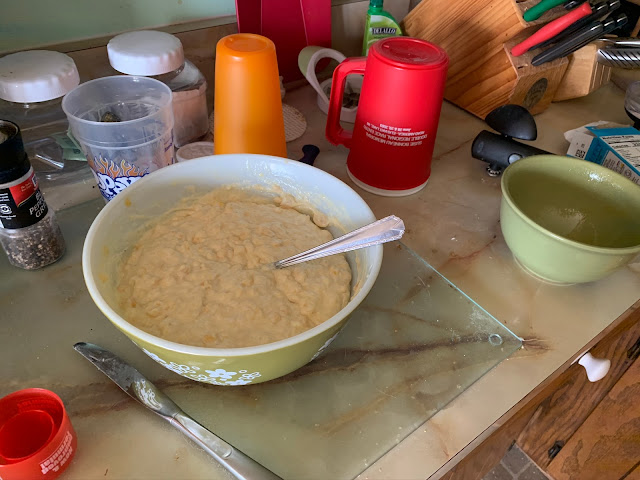 Rather than cook the whole corn thing she just did a small  bowl, she saved the rest to cook another day. She hopes it will turn out nice. Below is the finished product. I did get a taste of the chick-hen. 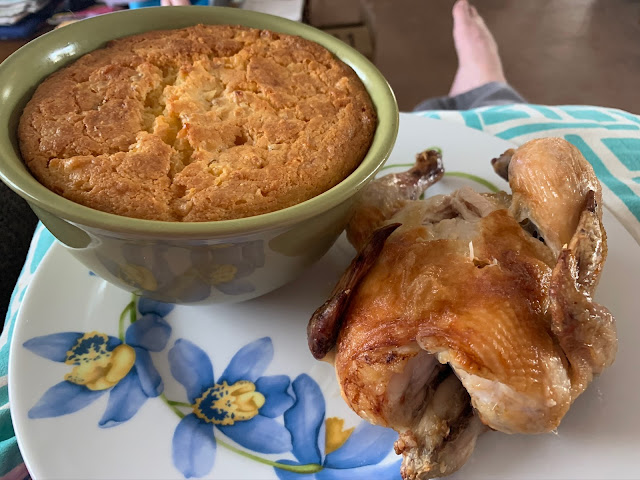 My prezzie was a new beddie! It is even a heated on so I don't have to spend the entire time on my hammick. Mum hasn't tested it yet and neither have I! 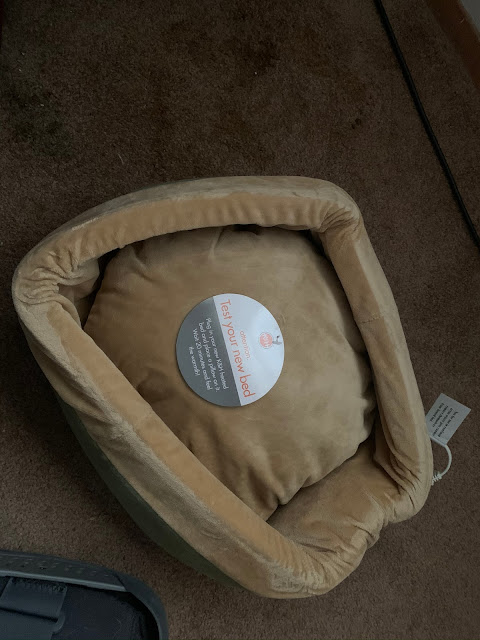 Right now it is just sitting near the  hammick. I did sniff it, but that is all. 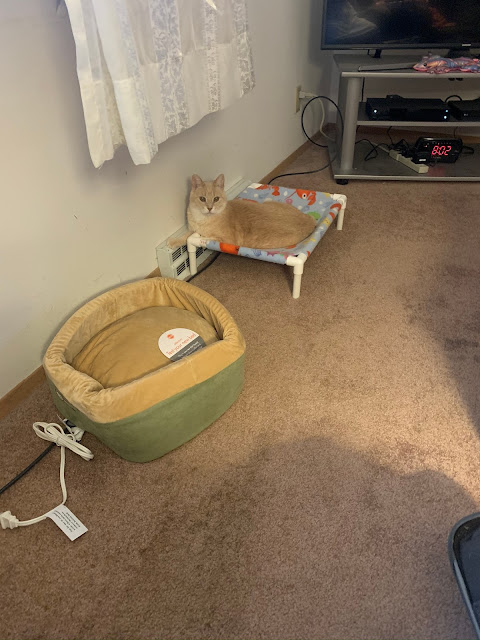 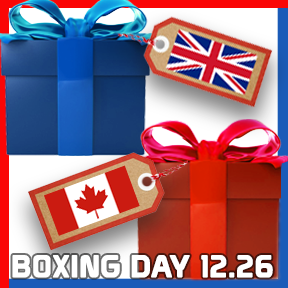 Happy Boxing Day and Happy Kwanzaa for those who celly-brate that way and those days. 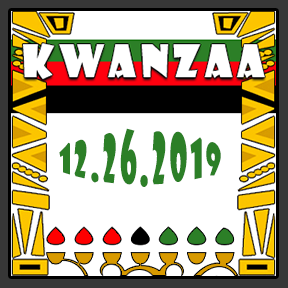 Our throw back is Derby with his Christmouse stuff from 10 years ago.

Hope everyone had a good Christmouse. I claimed the box that one of Grampies prezzies came in, he thought it was funny I was just sitting on top of the box. Mum said if I could I would have been in the box. But then Grampie's new shirt would have had cat fur on it! 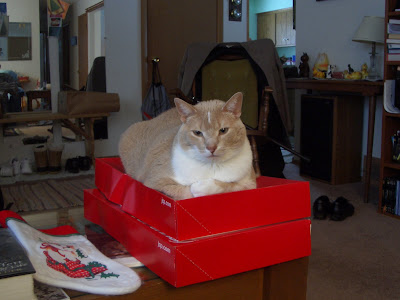 So then mum mput that box away, but I still have a few to choose on the table. This one is nice and it was from my Secret Paws Laila and Minchie. 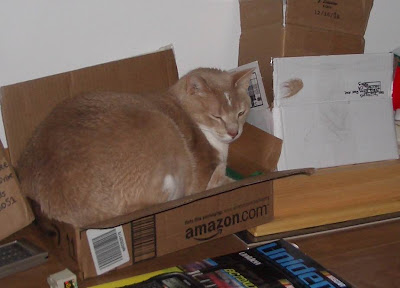 So I got a few cool things, first a new red dot toy, the old one wasn't working well. Mum showed it off to Grampie and I did my best to catch the red dot. He couldn't believe how I chased it around. 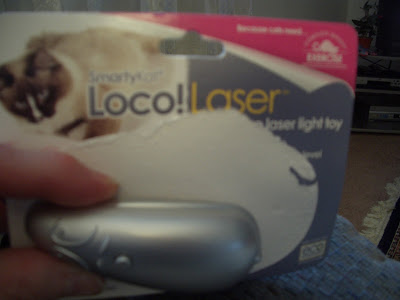 Then I got a bunch of new mousies, a whole big package of 12! But mum only took two out of the package for now. But they are both fevver butt and leather butt mousies! 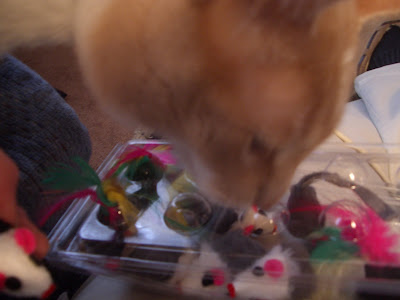 Here they are up close, the black ones have fevvers and the grey ones have leather. I was on my last fevver butt mousie, so I am happy I gots more. 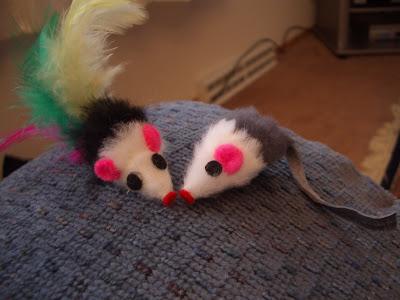 We had a wet and white Christmouse here. The ground was white but it mostly rained from the 24th and 25th. Only started to get white stuff again late on the 25th and today more white stuff.

Mum did venture out today for the sales but only bought some lights to put on the patio. Now she can see when she has to do birdie food when it is dark outside. Otherwise she has been reading lots as she has a very fat book to finish, I have been napping lots.
Mewsings by Just Ducky at 12:30 AM