Ye shall not possess any beast, my dear sisters, except only a cat. - The Ancren Riewle (The Nun's Rule)

Hmph, well, at least they let those poor nun's have a kitty or two. Since they give up everything else, like boys, booze and lots of fun.

We had a nice weekend, mum went out to get foods, so we are good to go for a while again. Otherwise mum didn't do much. Well, she did do stuff, mostly reading and crow-shay. She read most of her last book from the library and had more to pick up, probably on Tuesday.

Crow-shay mania this weekend. Mum likes to do it during sports, so she watched Bucky Badgers on Caturday night and The Pack on Sunday afternoon. She got lots done! 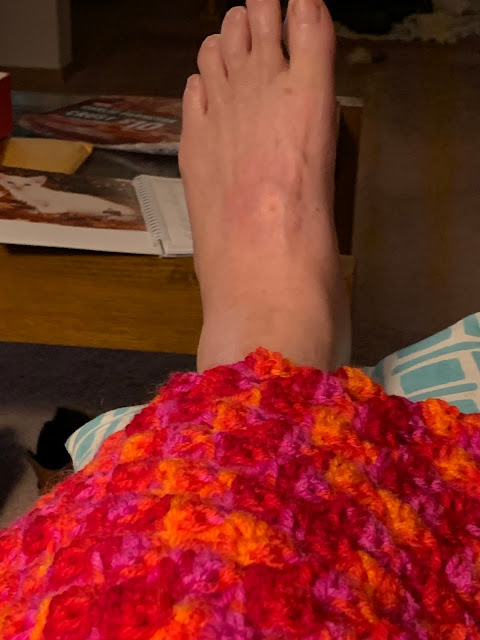 So she rests her footy, getting air with no sock or boot. She does this until her toes feel cold. 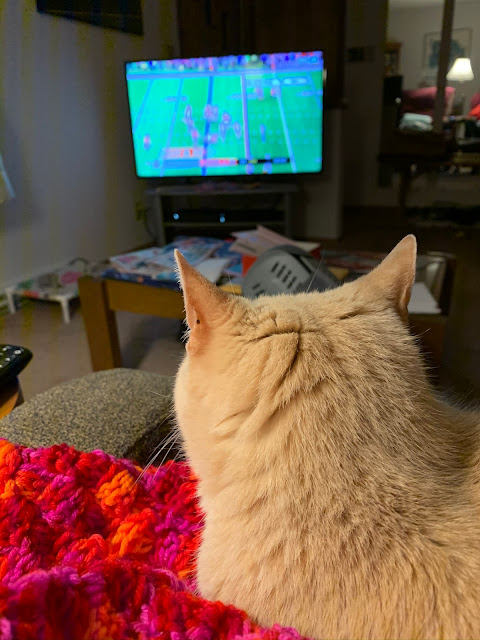 Me sitting on her while we watched Bucky Badger on Caturday. So you see me, the blankie and the hook she uses to do her majic.At the rate she is going she will have this blankie done by Christmouse. 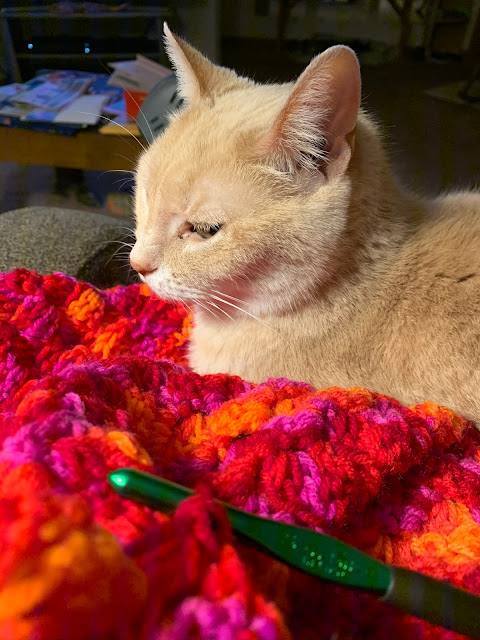 Oh yeah, those crow-shay hooks are good for more than just working with yarn! See my getting some scritches from the hook a while back. Took mum furrever to find this video in her files. 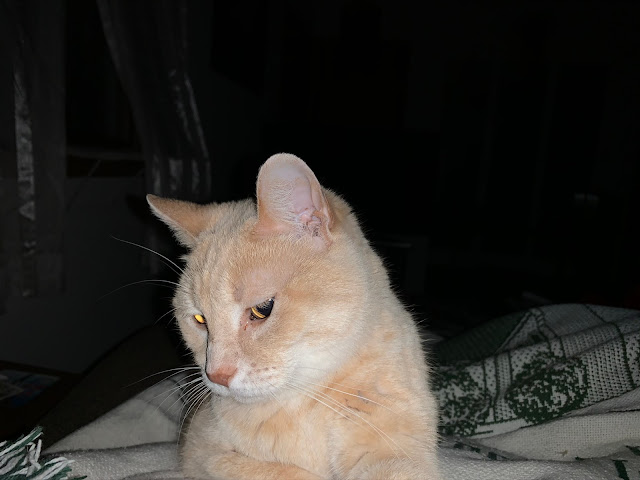 What is this? Mum took a flashy pic after she settled down to sleep. She doesn't like it when I move in and sit on her boobities, she prefers that I was in her lap. Although once she sleeps I can crawl in and sit most anywhere on her. Unless she wakes up to use her litter box I am good to go.


The only bad thing is mum's elbow is bothering her. This is the one she bonked in early October, then when she hurted her ankle and fell, she thinks bonked it again. So now it is sore and a little puffy. The doc said purr-cit-us. Whoops, mum says it is bursitis. Nothing too big, just make sure she doesn't lean on it much now.

The Pack - they beat the guys with sunburns from Washington. They looked purrty good and it wasn't all on ARodg like it normally is. The guys running did a good job too.

Bucky Badger - they losted the game to Brutus Buckeye but on Sunday they learned they get to go play in the Rose Bowl. Mum says she likes that.

Everyone had a good week.