God must have been pleased with the creation of cats. After all, He gave them nine lives.
As far as I know I still have all nine of my lives. At least mum hasn't threatened to take one from me. Every now and then she would tell Derby if he would keep up being crazy cat she would take one of his lives! I know he losted at least one when be broked her Galileo thermometer many years ago. 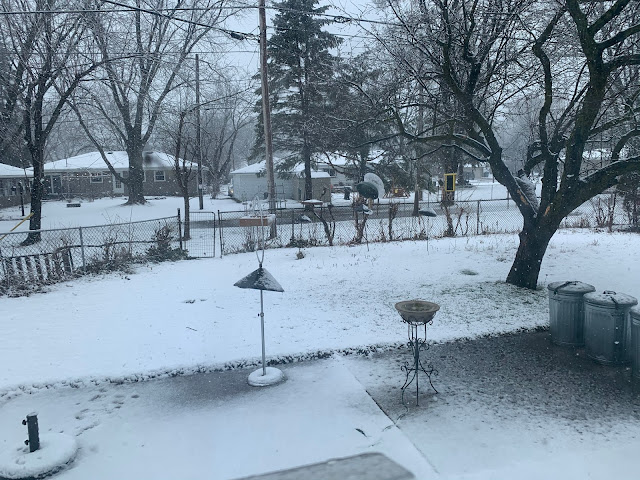 Here is as much snow as we got, mum said maybe an inch but a heavy, wet snow so mum just shoved it off the drive and patio as best she could on Caturday afternoon. Sunday morning where she shoveled  was dried clear, that is all mum asks for. Supposed to get a bit warmer in a few days so it will likely all melt. 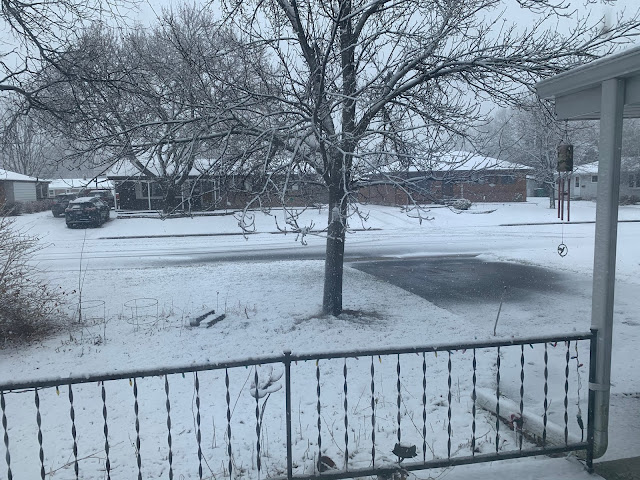 Mum did get bizzy on Caturday afternoon and made her peanut brittle. She made three batches which was one bag of the peanuts. Mum was happy that she got all of the batches to be good ones.  She usually messes up her first one. What ever she has will get divided up to the various peoples that will get some. She has one little bag all set up for the lady who cuts her head fur. Then two more smaller ones for two friends who will get their stuff today. At least three more people to make little bags for. 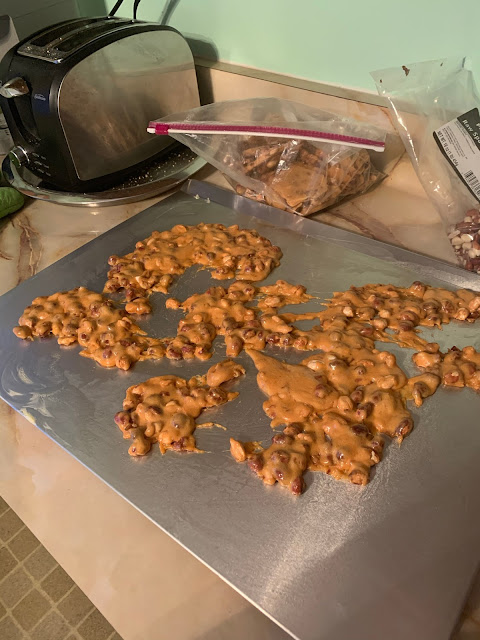 Above you see the first two batches, one in the bag and the second cooling on the sheet, below is the last one. Phew, she didn't make nearly as much as usual, but she says that she doesn't need as much anymore anyway. 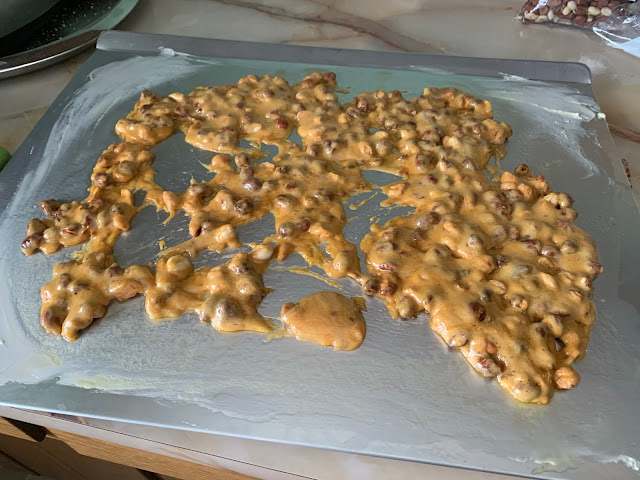 Feetsball Report
Me and mum watching the Pack play in Dee-troit. They won again but there were times mum was yelling bad words again at the moving picture box.
With the win The Pack is now the number one seed for the NFC. Should this hold through the last few games, that means they will get a weekend off. Plus the road to the Stouper Bowl will go through Green Bay! 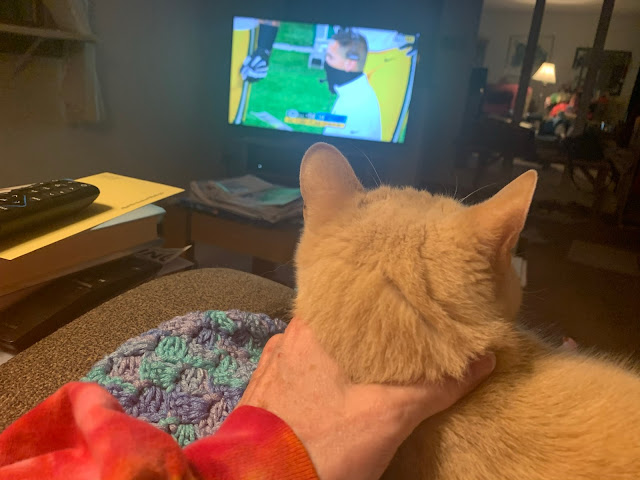 Have a good week everyone.
Stay safe, stay healthy, wear your mask!
Mewsings by Just Ducky at 12:30 AM