Blessed are the PURR in Heart!

Then we are truly blessed! Mum says we both have been purring lots lately. Maybe becuz we expect Santa Paws to stop by soon.

Mum finally relented and helped us unwrap our Secret Paw prezzies this weekend. Our partners was Laila and Minchie, from south of the border in Illy-nois. 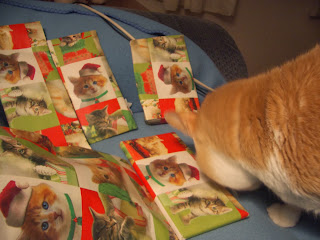 All sorts of little packages and with kittie pictures dressed up for the holly-day. 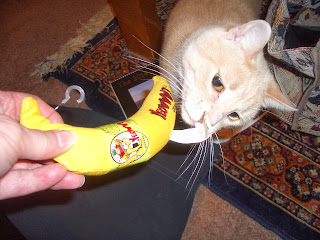 A new nip nanner!. Mum just got us a new nip carrot, so this one will go into the cupboard for the future. 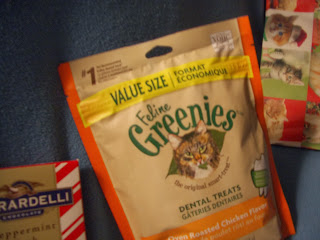 The giant economy size of Greenies! We have never see a package that size, like about two or three times the size of a regular package. 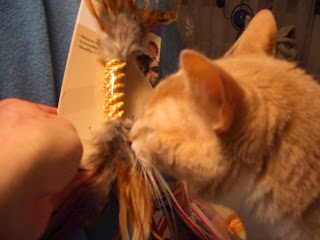 Toys with fevvers!. Derby checks them out, but it is Ducky that actually plays with them. Derby is an old geezer cat, he doesn't play as much anymore. 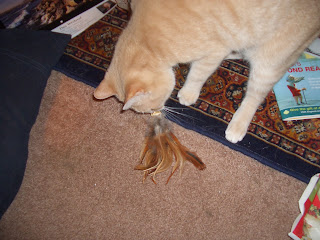 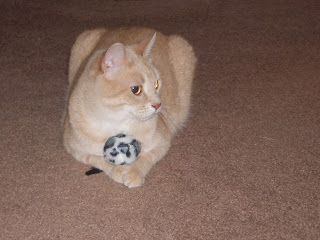 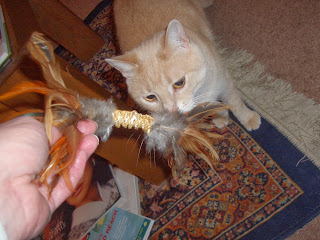 Mum got a few goodies too. Sweets to eat and little things to mark her spot where she is in her books when she reads. All with kitties on them! 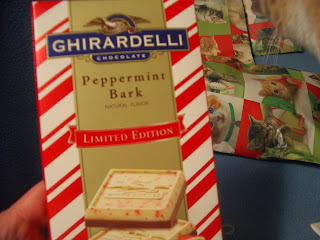 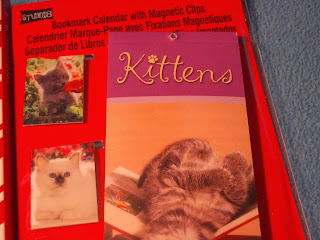 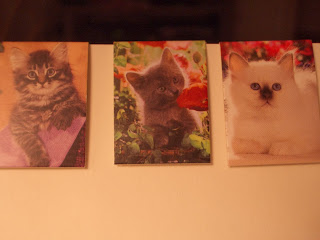 Thank you so much Laila and Minchie. You did a furry good job in picking out good stuff!
Be ready to find out what is in our super big box on, well Boxing Day! That would be the day after Christmouse for those who didn't know.

The Pack - played the gang from the Steel City. The last time these two teams met was in the Stouper Bowl in 2011 which the Pack won. Today however it was the Steel guys turn. It was a close game and mum thought they might go into overtime. But if Da Bears win tonight, The Pack can close out the season next week at Da Bears, then go home to rest up and heal.

The Broncos  - They beat them Texas guys on Sunday.Mr Peyton set a record of number of touchdown passes thrown in one year at 51. Plus he still has a game to go yet this season. Plus the team has now clinched their AFC West and will get a bye for the first round of the playoffs.