Caturday - We Got Boxes!

Hey everyone, we made it to Caturday again. Mum slept in as she was all tired from this past week. Lots to do, even if she only went day hunting part of the week.

Boxes, we got boxes. The man in the brown shorts delivered them on Friday and mum brought them in. 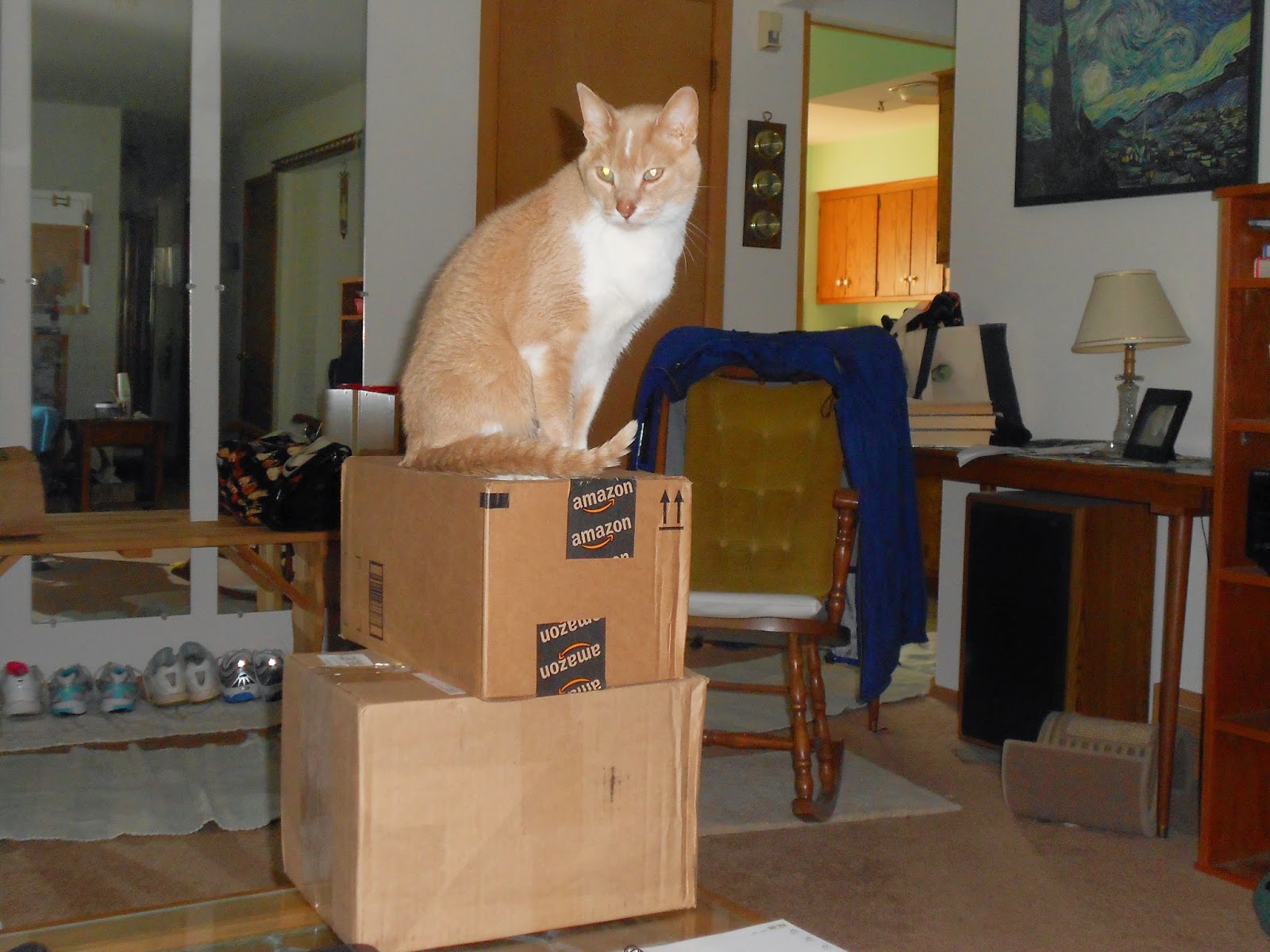 Derby claiming the boxes first off, waiting for mum to open them up so we could play in them. Nice to get two boxes, so we each had a box to play in and didn't have to share. 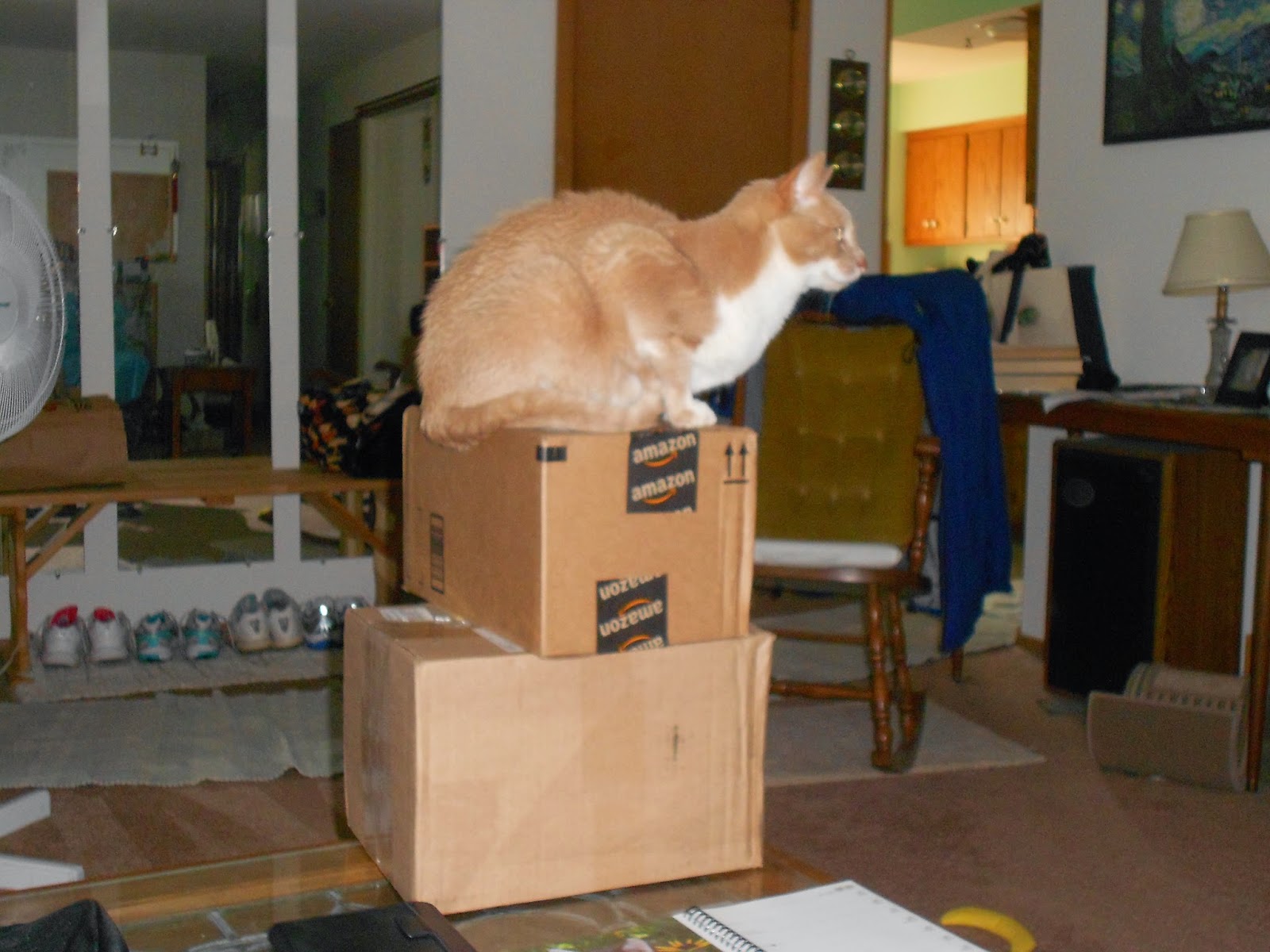 Ahh, open boxes, but mum never caught us playing in them. We are sneaky that way! 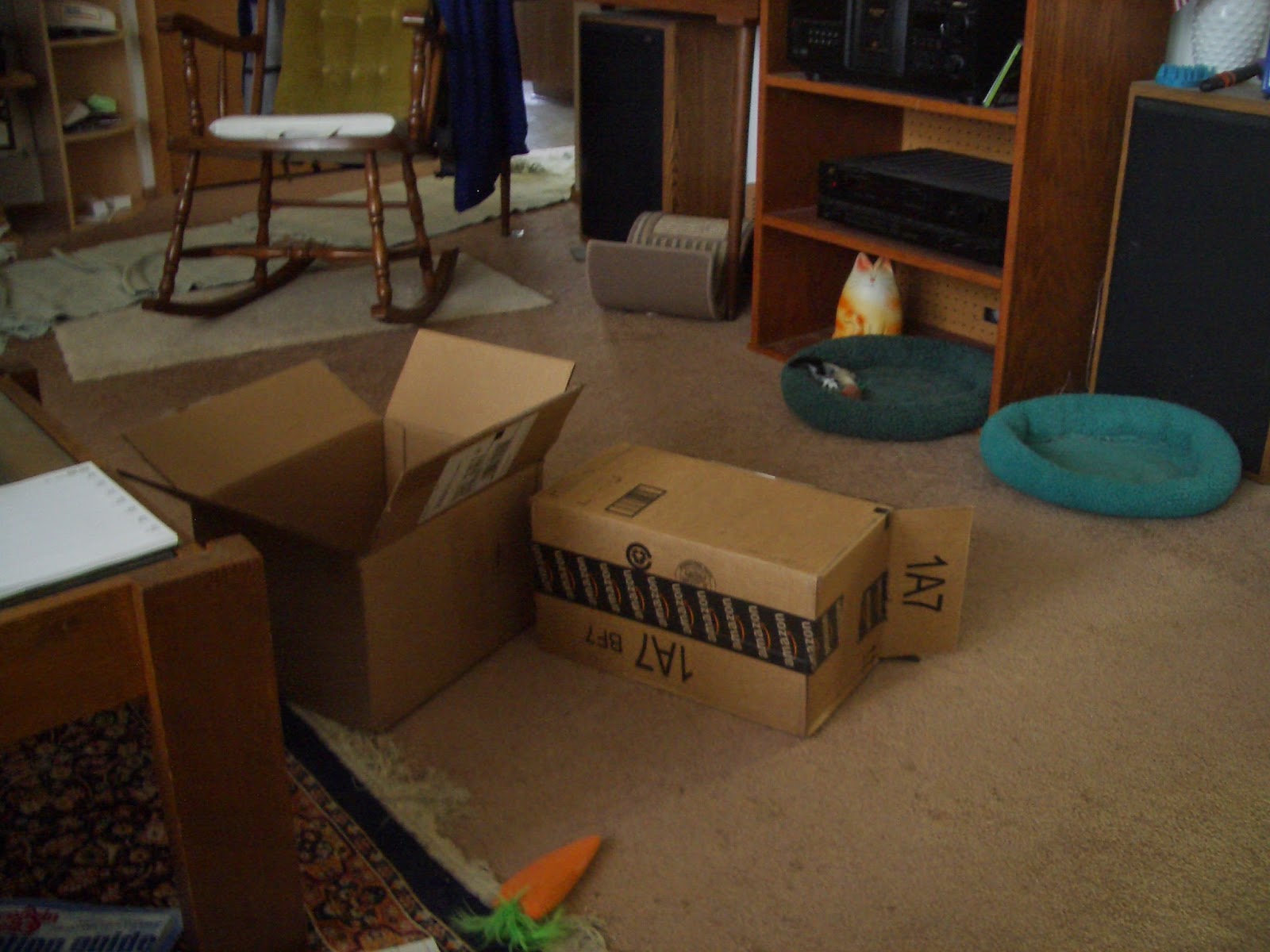 So what did she get, hummer feeders, two new ones! She says these will be easier to fill up and clean, which is impawtant. 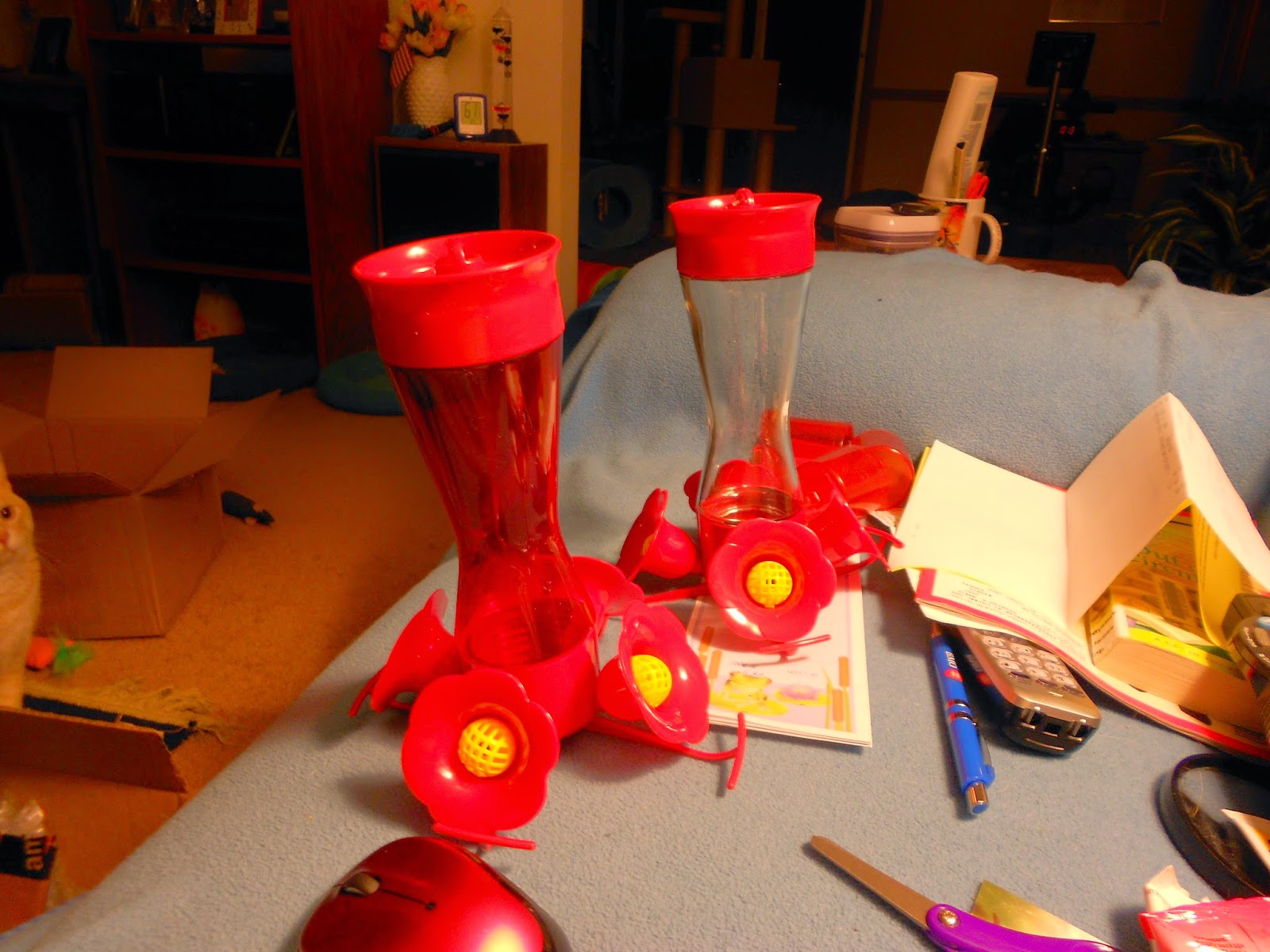 See how big the opening is! That way she can get in with a brush to clean the gunky stuff out so the hummers don't eat icky sugar water. 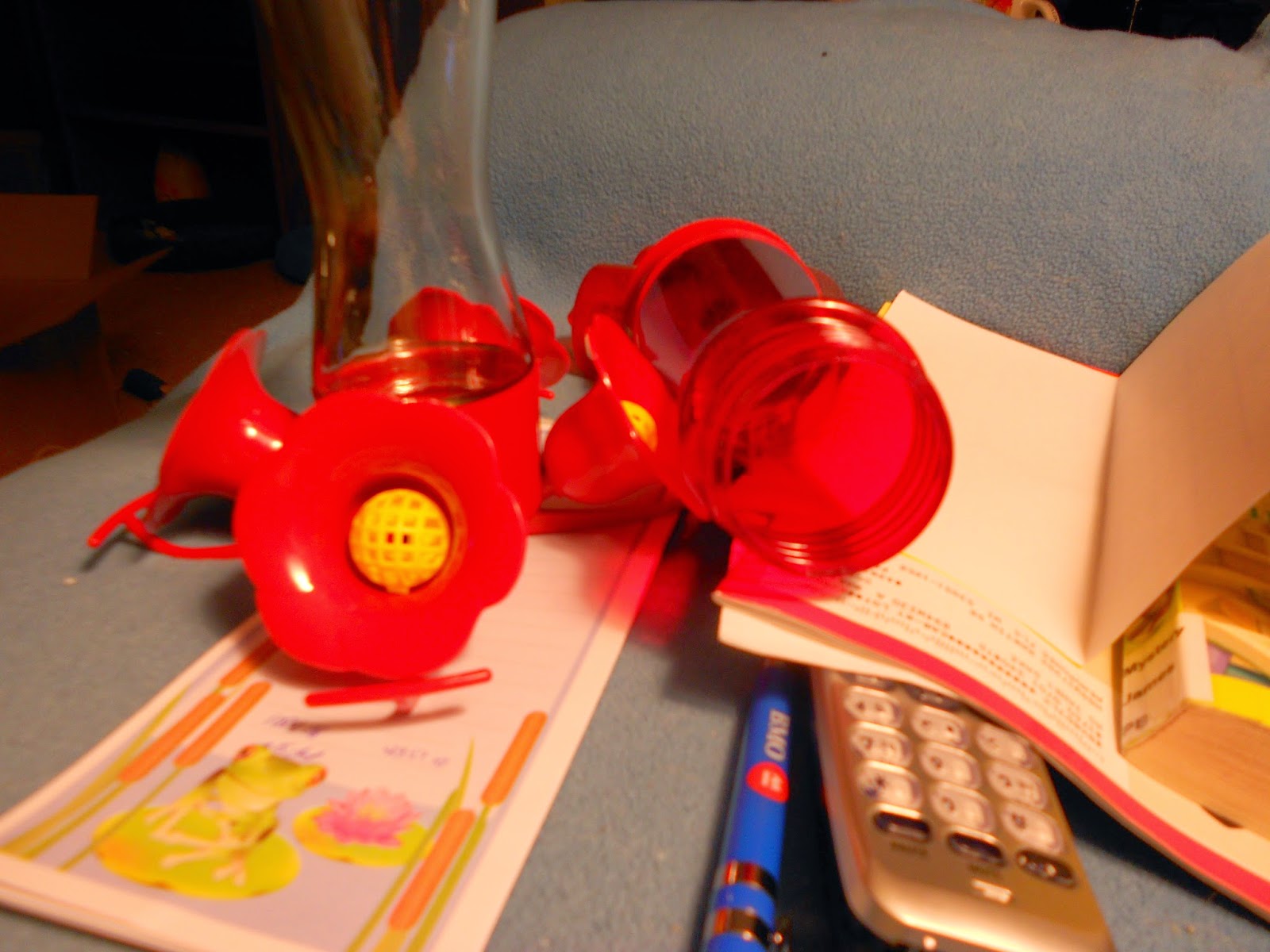 Ducky claiming mum's lap, that is better than any box! 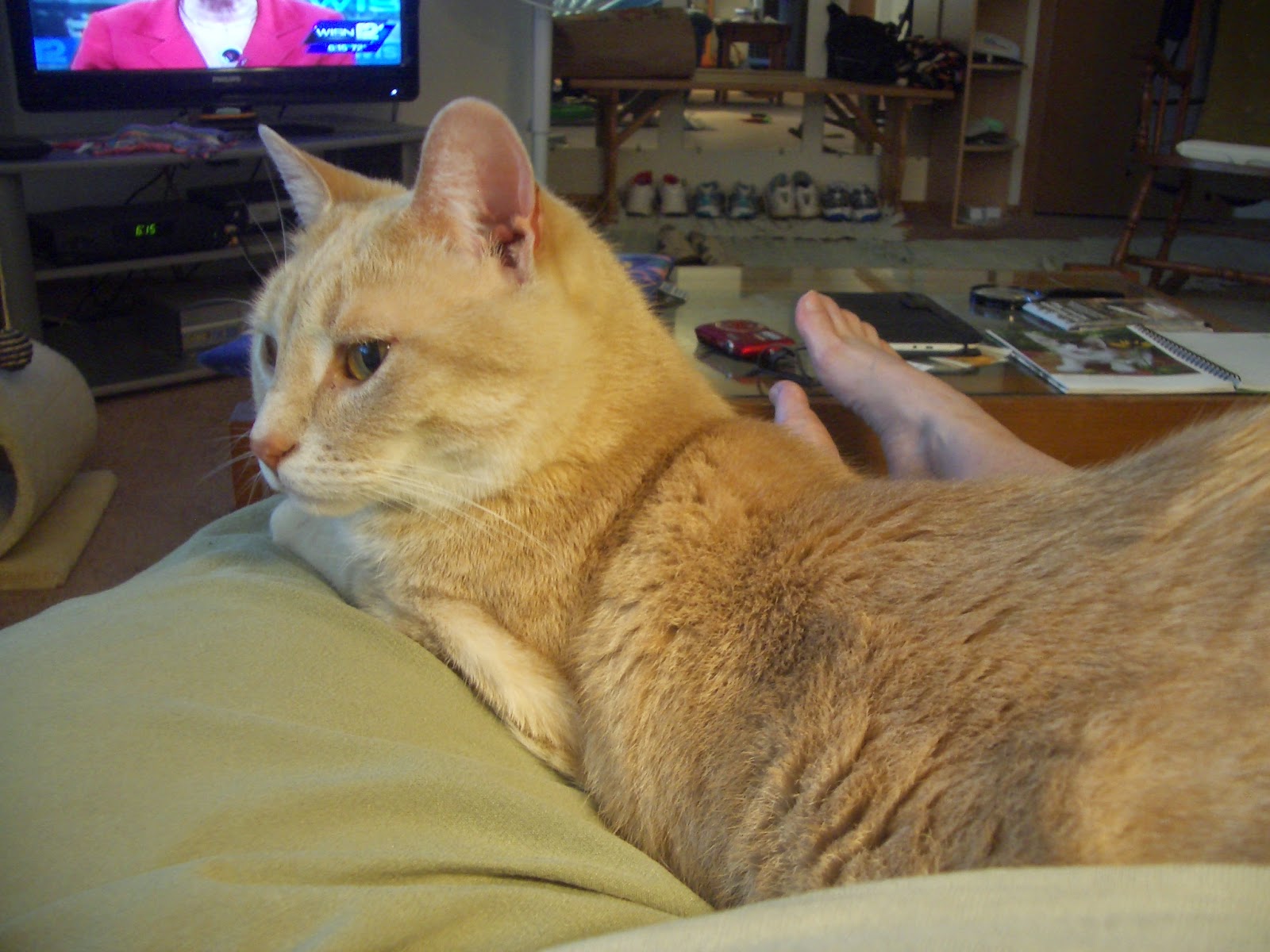 Happy weekend, we are all just going to chill out this weekend.
Mewsings by Just Ducky at 9:02 AM