There are many intelligent species in the universe. They are all owned by cats. - Anonymous

Yeah, we thinks mum is intelligent, she has us doesn't she?

Mum made good progress on the blankie, put back all the yarns she pulled out and started on the next bundle of yarn. 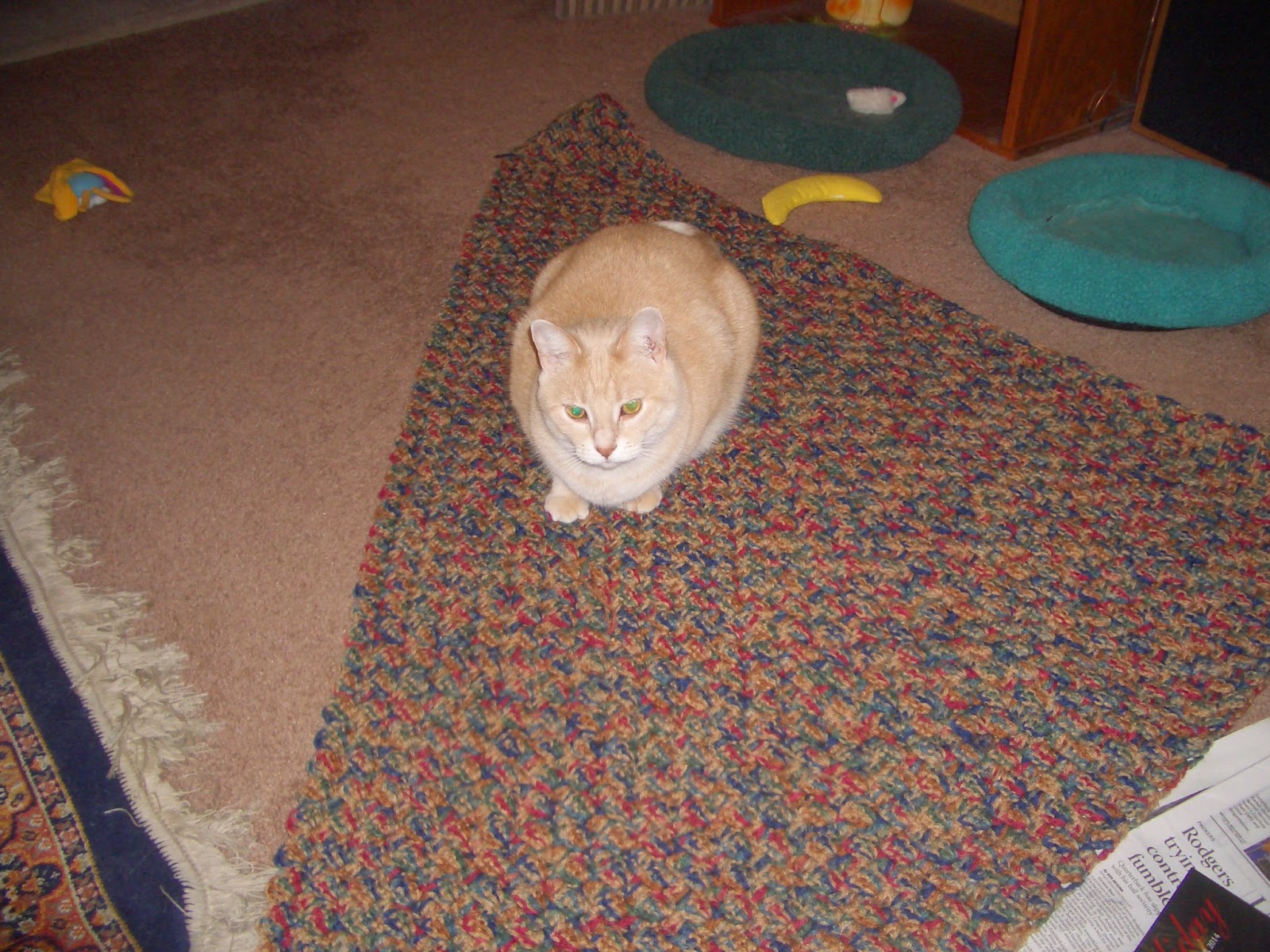 Mum spread it out on the floor to check it out, getting inspected. 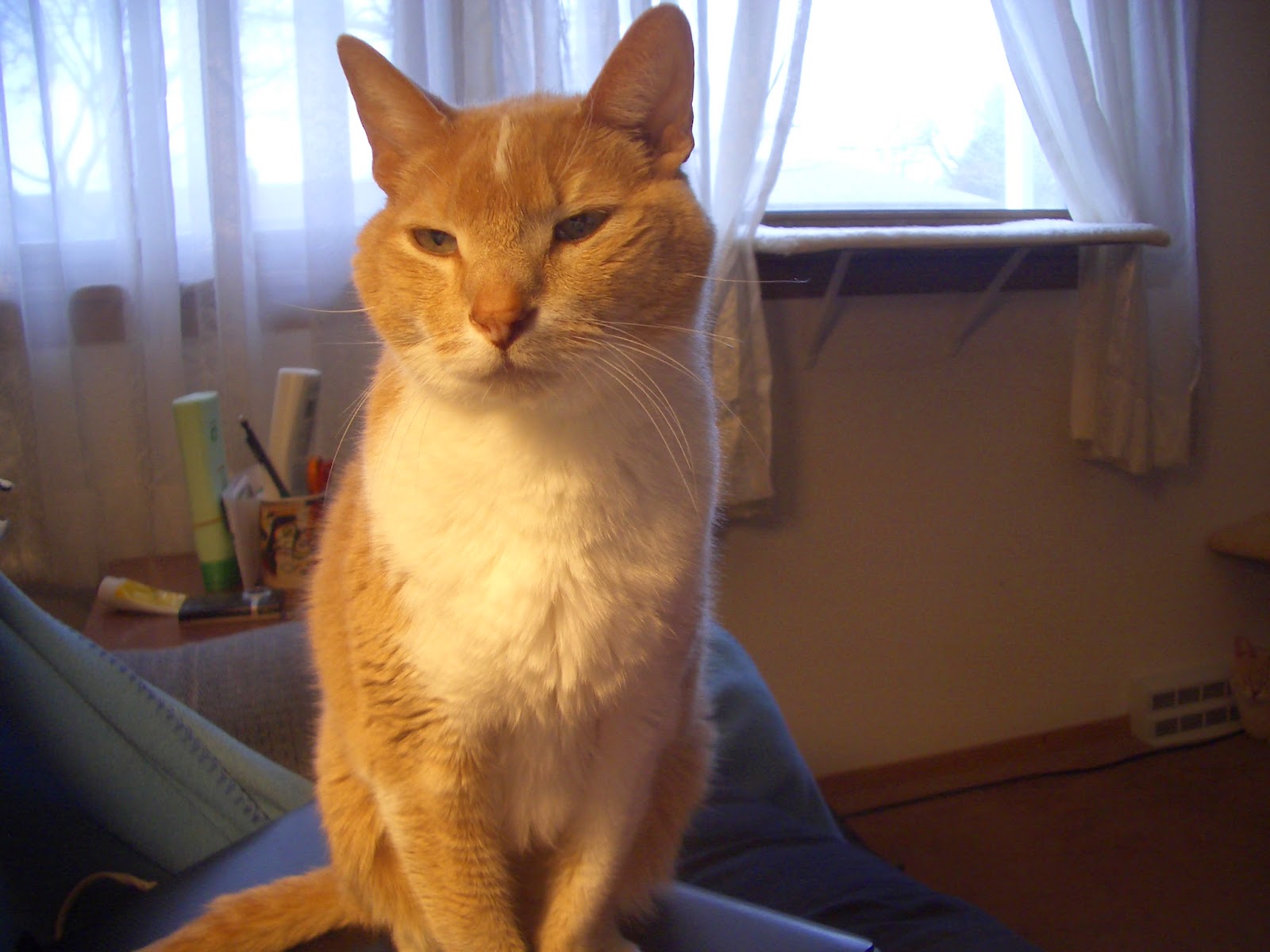 Derby snoopervisiing her work, we gotta make sure she doesn't mess up again. 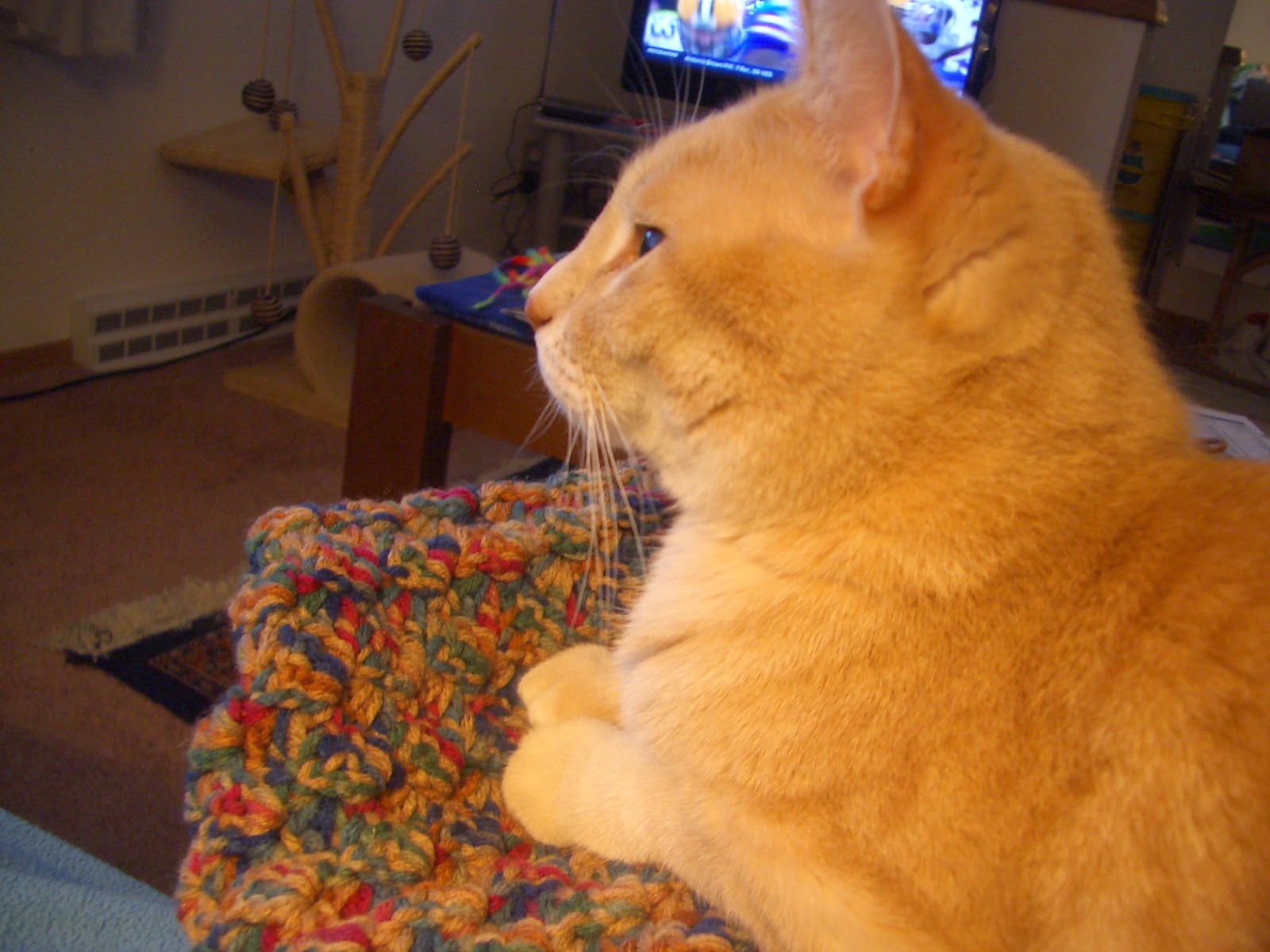 Ducky adding purrs, furs and love to the blankie. The person who will get it needs purrs and love.

The Pack - They lost to Buffalo, the team is now 0 for Buffalo having never won when they played in Buffalo. That would be 0 for 6!  It was an ugly game, no mum says it was a f-ugly game. Guys couldn't seem to catch passes they normally would have. ARodg throwing it to the wrong team and THEY managed to hang on to the ball.

Plus, we must have gotten the elebentyth string of announcers! What rock did they excavate them from? Yuck.
Bulaga and beluga is not the same! One is a whale, the beluga, from the arctic or sub-arctic oceans. 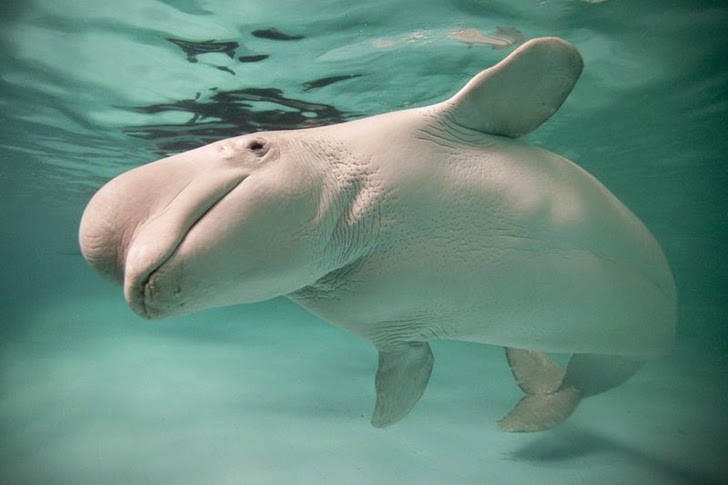 ...the other is a whale of a guy! Mr Bryan Bulaga, tackle for Da Pack who play in the frozen tundra of Lambeau Field. Off to the big championship game in the sky, from the glory days of The Pack in the 60's, Fuzzy Thurston. God speed Fuzzy.


The Broncos -The won, beating the gang from Sandy Eggo. Mr Peyton threw a touchdown, even though they said he wasn't feeling well.