Everything I know I learned from my cat: When you're hungry, eat. When you're tired, nap in a sunbeam. When you go to the vet's, pee on your owner. - Gary Smith

You can learn lots of lessons from us, although mum says she doesn't know about peeing on her "owner" at the doctor. Although sometimes they make her pee in a cup!

We had a nice rest of the weekend. Mum was around except when she was off running errands, getting foods for both her and us.

Mum readed us Max's newest book, Epistle, Caturday evening. I guess we all would have liked a few tips knowing how things would work out when we firsted came to our homes. It is a short but good read. Four paws up, maybe we should make that eight paws up! 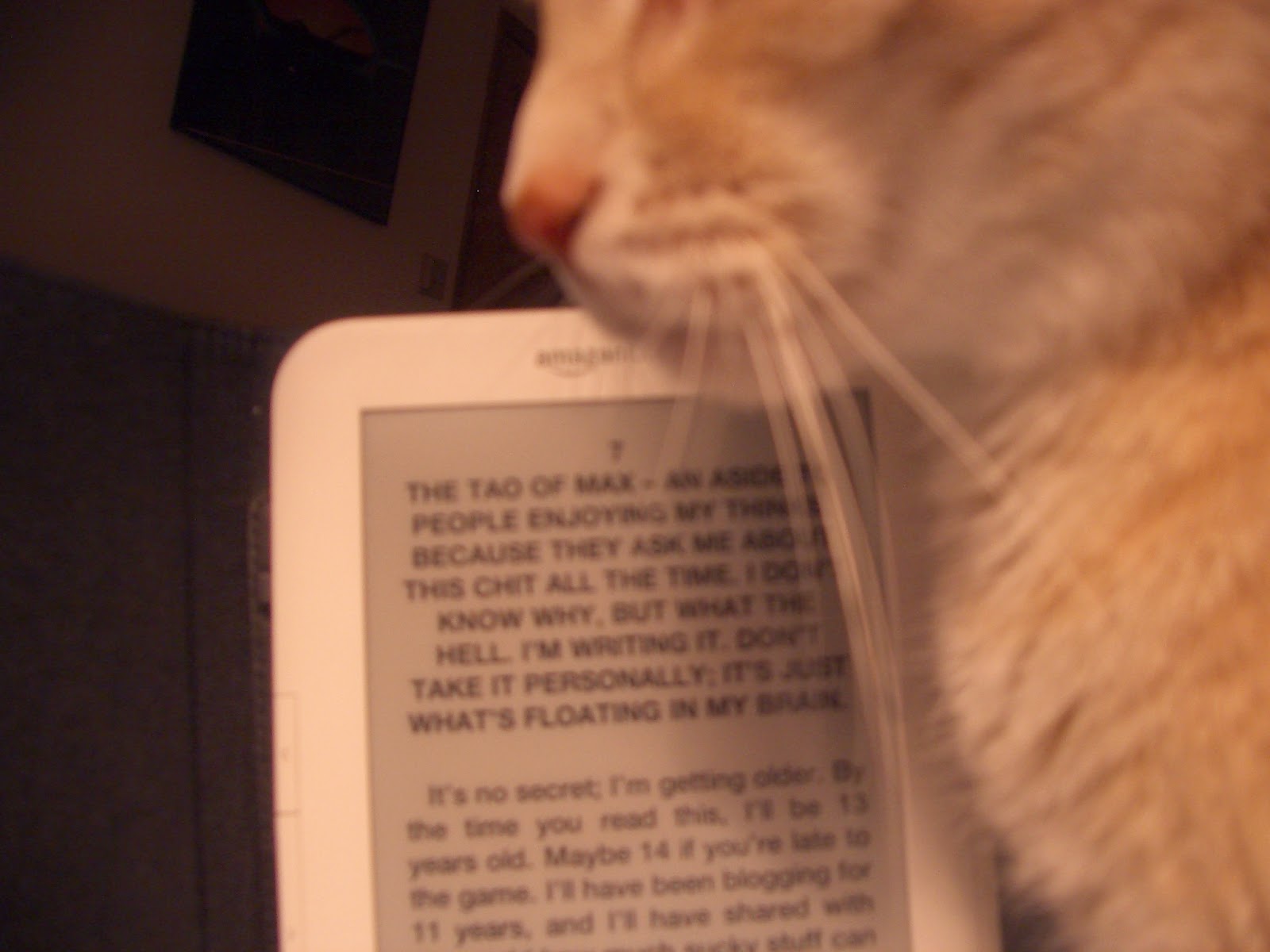 Mum cooked over the weekend, made some nommy potato soup and something called mock Devonshire cream. 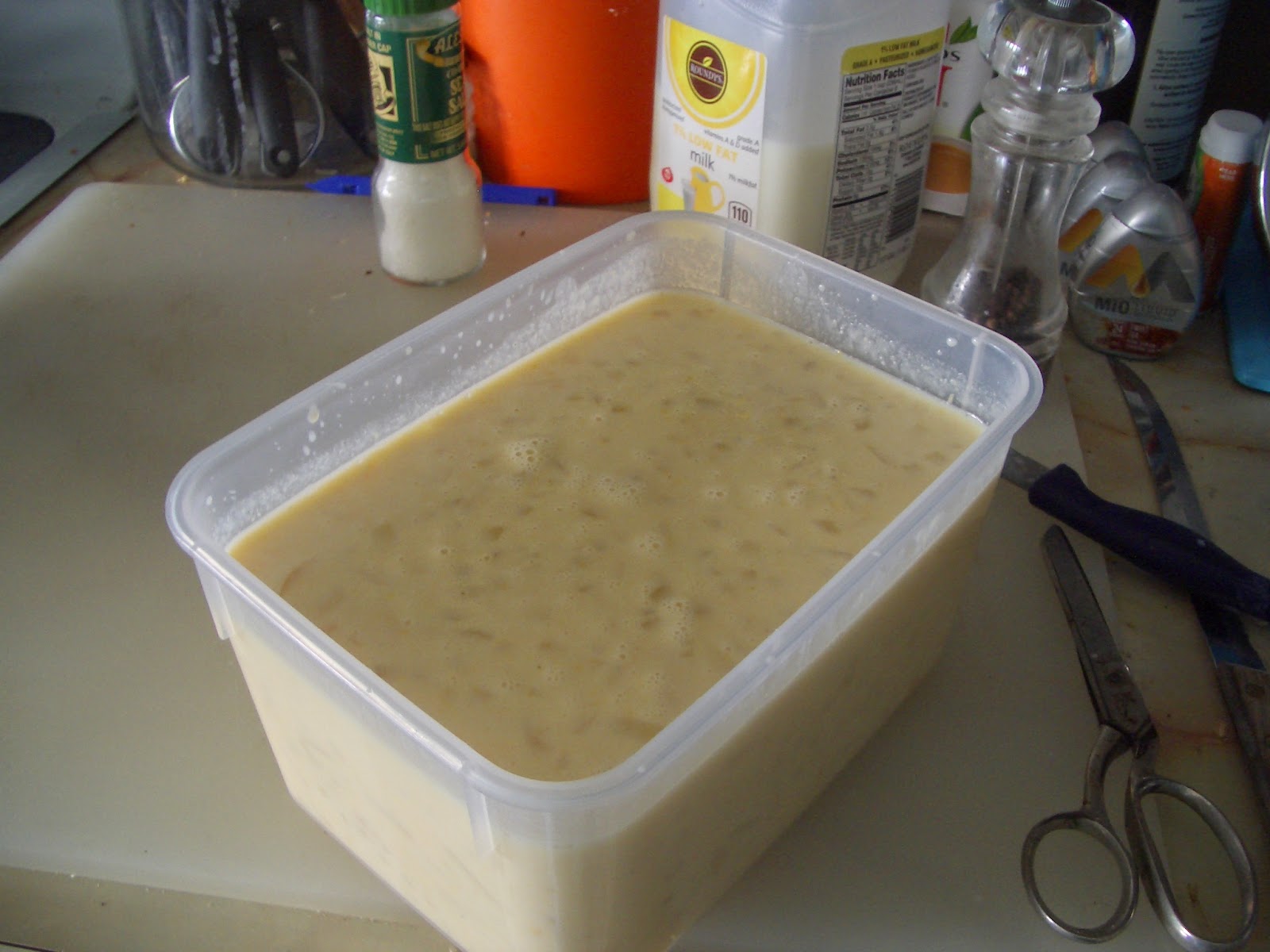 Here is the soup, lots of milk and cheese in it, so it is yummy. Mum let us have a few small licks. 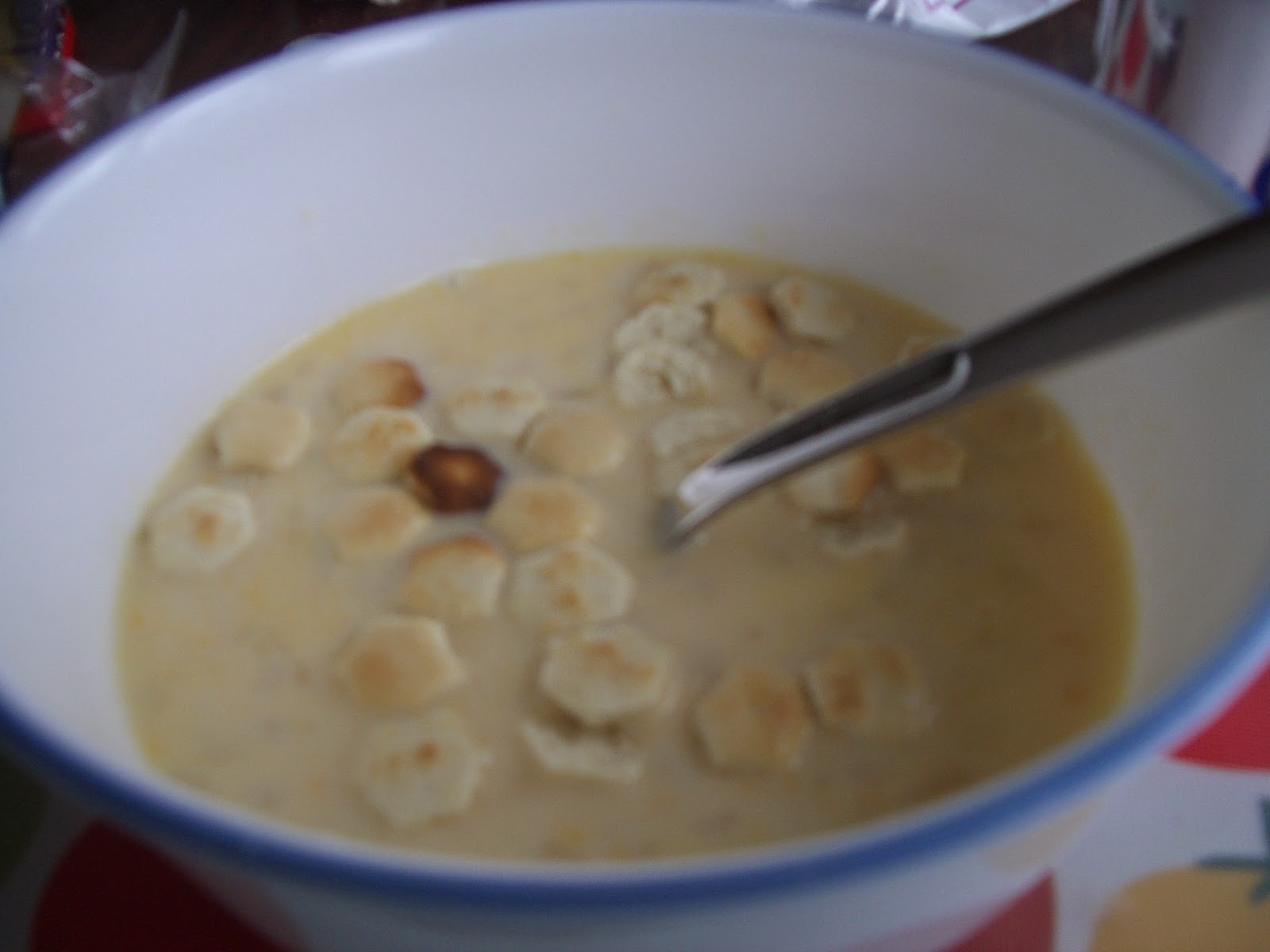 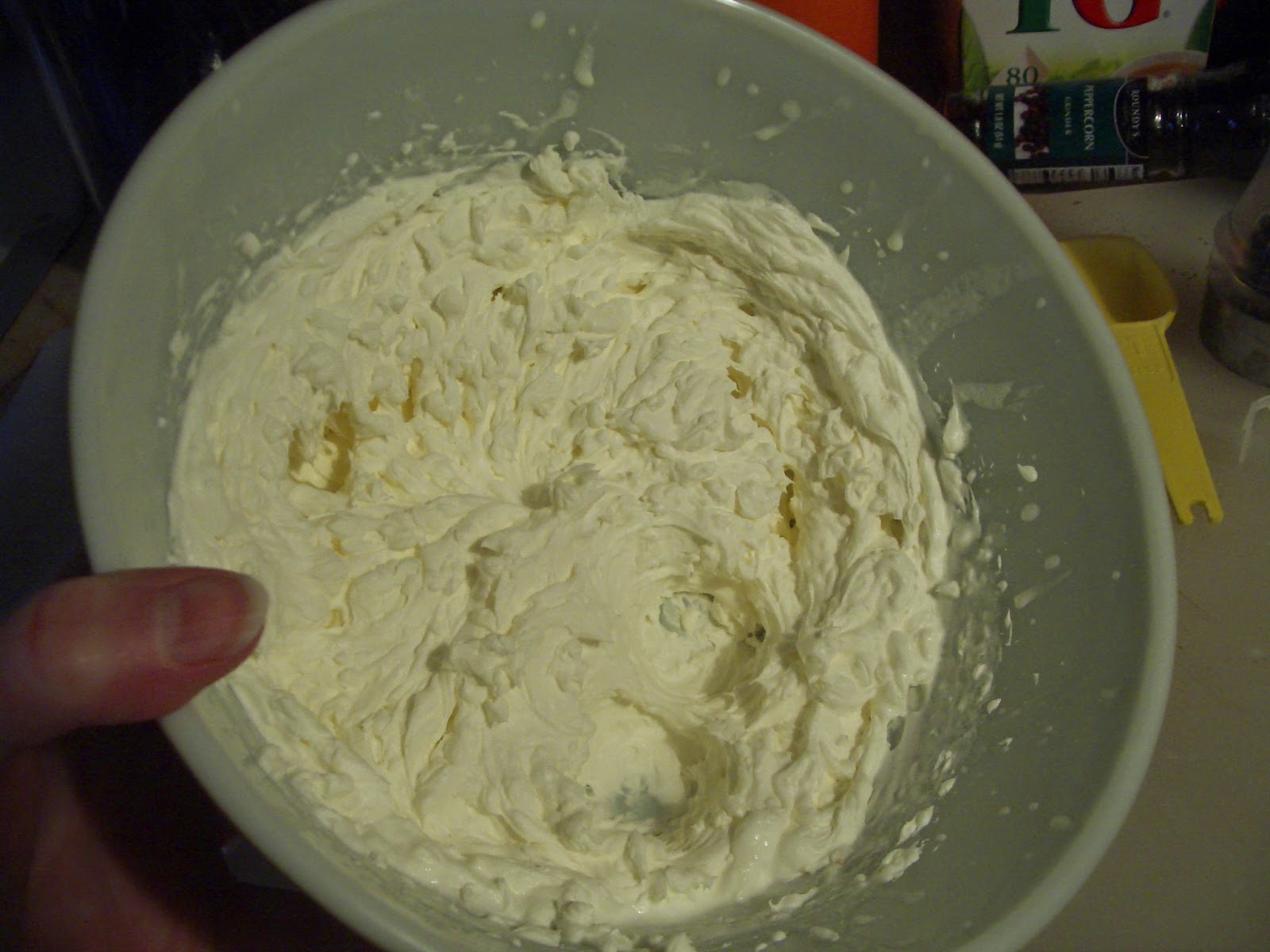 Here is the mocked cream, not sure how we mocked it. Mum says it does taste pretty close to the real stuff that you get in the YouKay! Creamy but not sweet, she had it on a biscuit with pepper jelly. 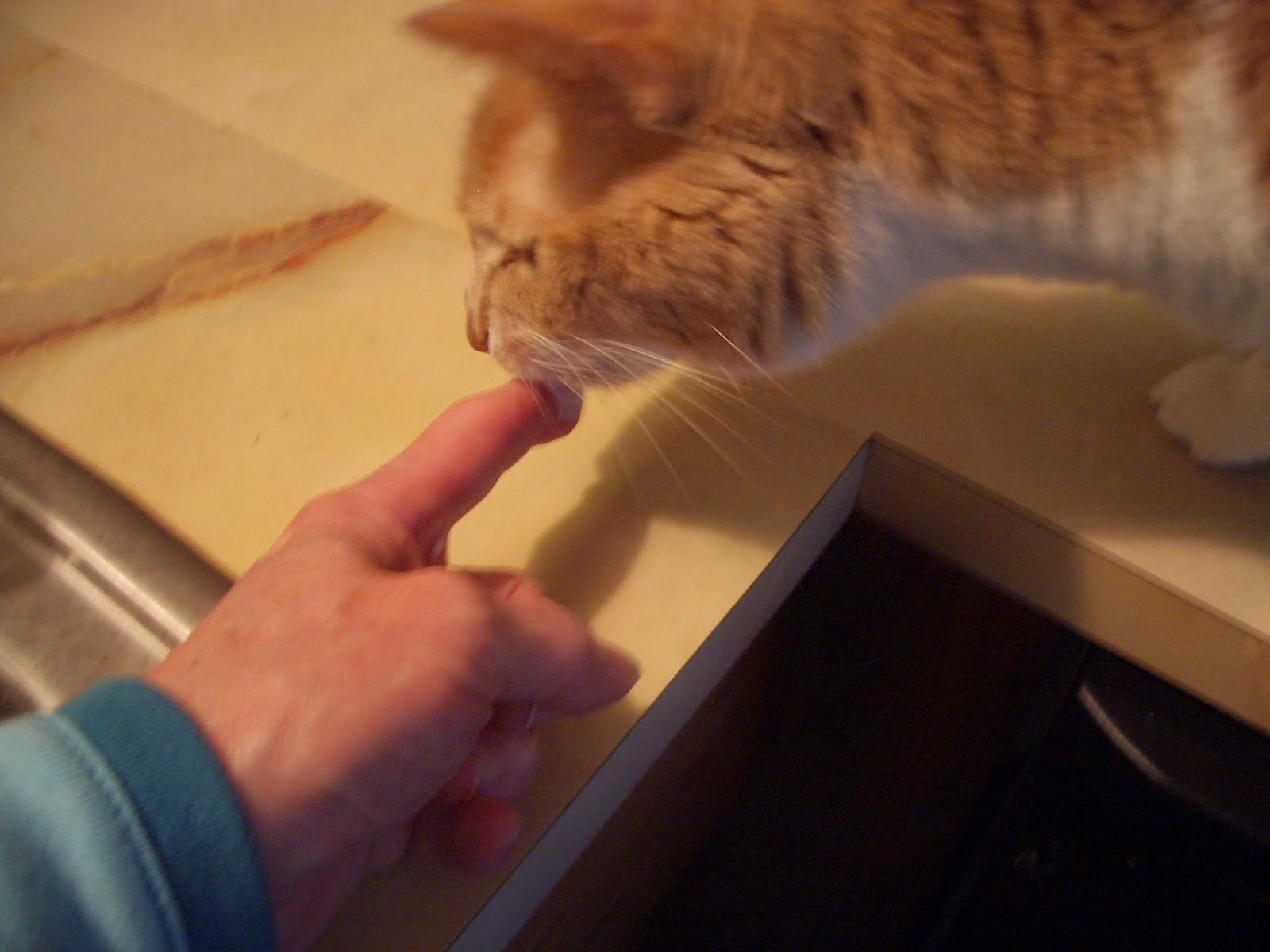 Blankie progress is good, mum says she has turned the corner and is more than half way done. 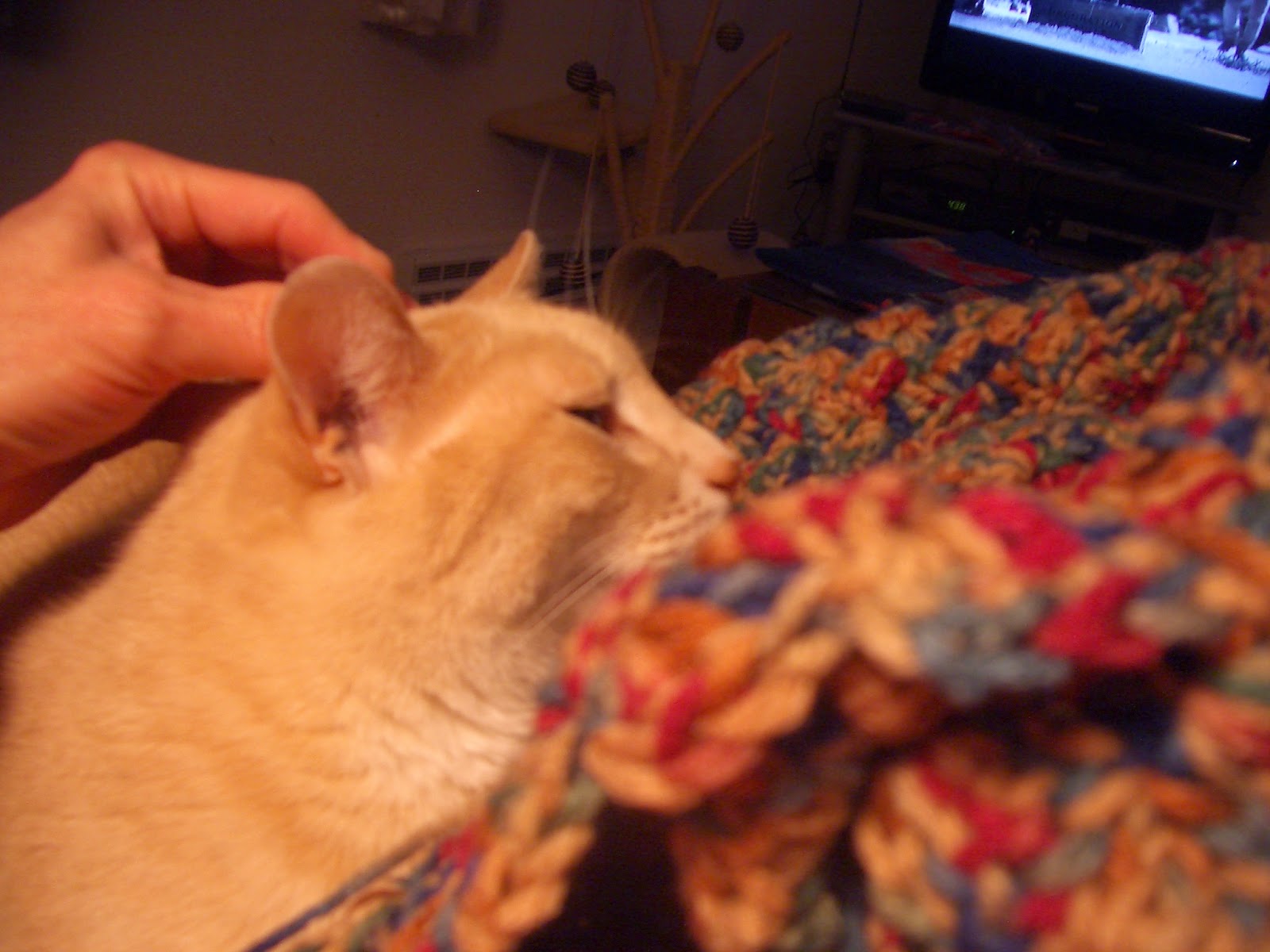 Up close and purrsonal quality control!

The Pack - in what was billed as a possible preview of the Stouper Bowl, the Pack beat the guys named Pat. It wasn't pretty but the Pack got the W.

The Broncos - playing on Sunday night, which means mum doesn't stay up to the bitter end. Mr Peyton and company were winning early in Q4.

It is December, just a bazillion sleeps until Santa comes!
Mewsings by Just Ducky at 12:30 AM