Cats are a mysterious kind of folk -- there is more passing in their minds than we are aware of. - Sir Walter Scott

Yeah, we cats do think more than just treats, toys and foods. Some of what is going on these days is weird and we wish it wasn't.

Hat update. Mum is done making hats for this year. She set a goal for herself to make 214 hats and she actually did 215 since she had enuf yarn for one last hat. Why 214? Well she started making hats on March 1 and it is 214 days until the last day of the program on September 30. So she figured if she did a hat a day she could make it. Well, knowing mum some days she made more than one, so hit her goal early. You saw the stash of new stuff she bought, she will be happy to not be making everything with purple! 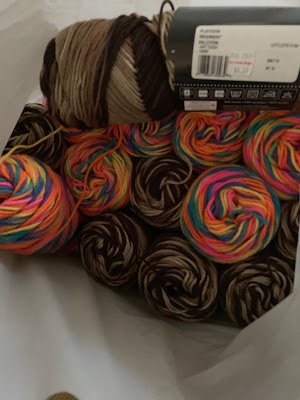 Mum is giving herself a bit of a break from doing crow-shay, reading books, doing work outside, running around seeing people and such. Last week she had two picnics and a volunteer appreciation lunch. Plus meeting a furiend for lunch. She wasn't around much! 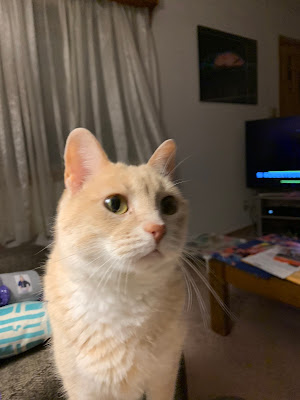 Plus she has been shopping for a little table to sit between the two new chairs. This is to hold the remotes which she needs from both chairs, depending on which one she is sitting in. Plus the remote for the fan and her phone. She had to put it together, but it fits just like she hoped it would. 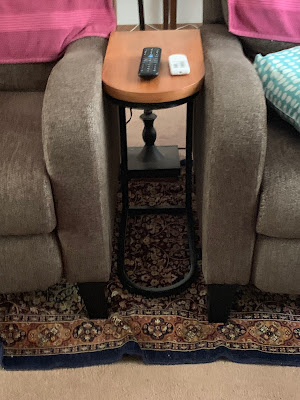 So I promised on Caturday a few final pictures of hats. Mum pulled a fast one one me showing me one of the last hats she finished. 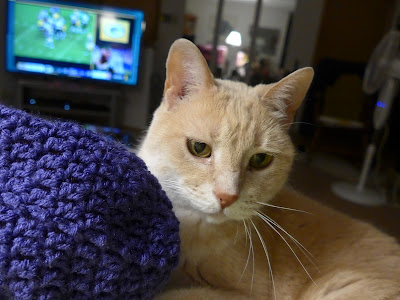 Yes, she managed to slip it over my head and it is so big it covers my entire head. I don't like not being able to see where things are. 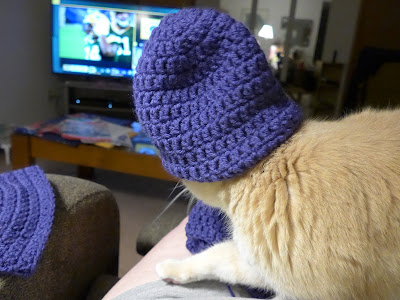 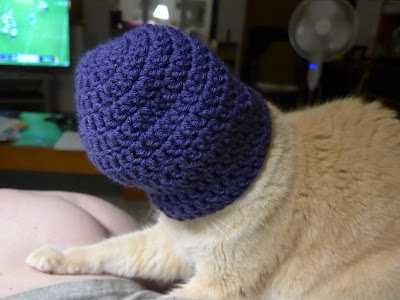 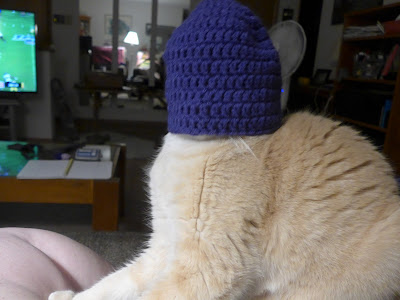 I managed to shake it off really quick and she better not try to do this to me again. If she does she is likely to get a bitey put on her! 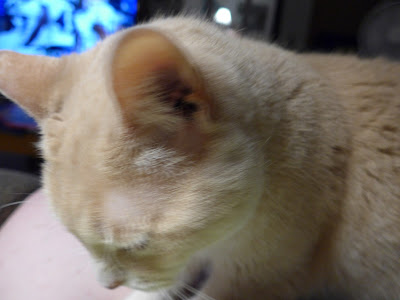 Happy week everyone.
Mewsings by Just Ducky at 12:30 AM