I did not make it through the big fat book on the left. Seemed like a book about decadence would be decadent and exciting. I felt it was rather dull and ponderous. Great for putting yourself to sleep. Had a hard time just getting through the introduction. Oh well.

I do see Malibu Rising by Taylor Jenkins Reid, another favorite author and I have liked all of her books. Her books are not a series. The first book I read of hers was The Seven Husbands of Evelyn Hugo. It got me hooked on the author. I was initially drawn to the book by the bright green color of the book jacket.

Gill Paul is a newer author I have found and so far have liked her books. David Handler is another one where he has a series but didn't publish any books in the series for years, it is the Stewart Hoag Mysteries. Cute and shorter reads. 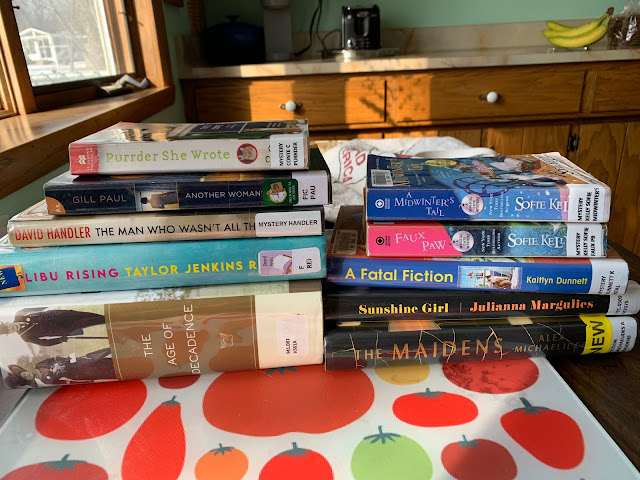 The Maidens by Alex Michaledes is related to his first book The Silent Patient. Both were interesting reads. Probably good to read in order. 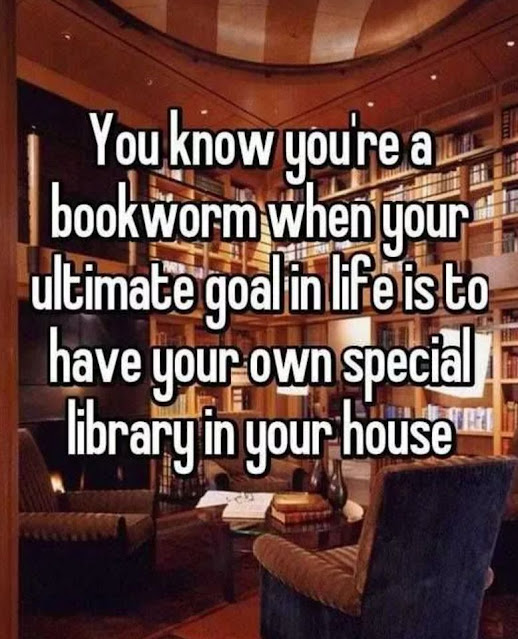 I don't have quite a library in my house but have three rooms with bookshelves in them to hold my books. Plus I know I have books boxed up in the basement as well. I rarely buy books now and I probably should think about donating some of the books I do have since I am not likely to read them again.

No I do not have enough books to start a library! Having been on the local library board years ago I learned there are standards that have to be met based upon the population of the community you are located in. For me that would mean having over 200K items, being open 64 hours a week and having 22 full time equivalent employees if I wanted to get any kind of governmental monetary support. Oh yeah, and spending lots of money each year to get new stuff. The standards keep people from saying they are a library and expecting money. Even some actual libraries have trouble meeting some of the standards.

Had lunch yesterday with our retired library director and the retired business manager. We talk books, library stuff and whatever else. Then we watched Fantastic Beasts: The Secrets of Dumbledore. I wasn't that into it as I hadn't seen the second movie, so some of the plot was lost on me. I also think that Eddie Redmayne mumbles his dialog. If I was watching at home I probably would have turned on the close captioning.

Supposed to be a rainy day which means reading for me!