It is Caturday and it is now TockTober! Yep, another fun month of tock pictures. 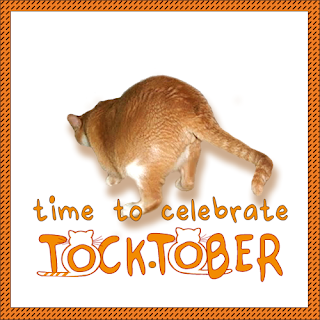 So if you want to join in, show us your tocks. Also know as backside, hiney, tush, butt, and lots of other names I can't think of right now!

I will be hosting a day at the Tabby Cat Club later this month, on the 20th. That was Derby's purrthday.

I had an interesting day yesterday. Mum moved all of her stuff out of the big cold box, then she put me in her sleepy room along with a plate of gooshy foods. I heard noises and voices and then when mum let me out we have a new big cold box! 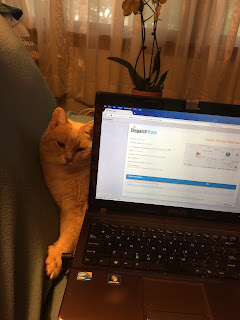 Keeping an eye on the delivery information updates. It came late in the day. 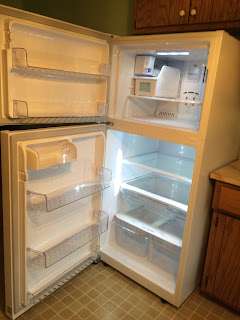 Mum didn't put the food in until later. She let it cool down for a while before she put the stuff back in.

Now we kitties are good at keeping fit. We do our stretches, play THoE to get our cardio in as well. Our beans aren't so good at it. When they are working, many of the sit in front of a puter all day long,  only getting up to take a potty break!

So often that carries over into retirement. That is not good. I have to give mum lots of credit, she has been going out for walks most every day. Now days when it has been super hot or raining hard she might not go out, but other than to take a day off here and there, she has been purrty good.

Now the super experts say to get 10,000 steps a day. Other places say to get 30 minutes of activity at least 5 days a week. Mum isn't quite up to the steps, but she is doing the 30 minutes average. But at least she is out and moving.

So, get your beans out the door and get them moving! 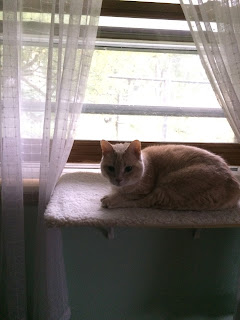