A cat will make itself the companion of your hours of work, of loneliness, or of sadness. - Theophile Gautier

I like hanging out with mum. She has the warms this time of year when the heaty monster doesn't always run much.

Plus mum got the blog done on her trip. She called in Travels in France, lots of pictures and her telling you what happened on the trip. It is in day order, with a some days split into two since there was so much to say. So drop by and check it out. It was what mum could do to share as much as she could.

It continues to be all rainy, mum wants to get outside and work, but it is too wet to use the grass eater or even for here to do other stuff. So she works on her crow-shay and hopes she gets time outside soon. 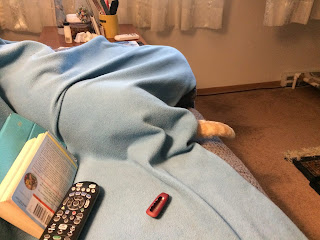 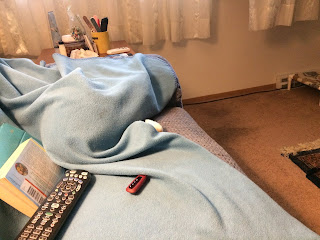 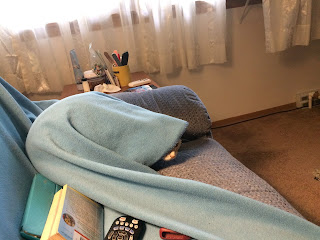 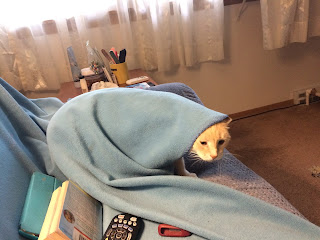 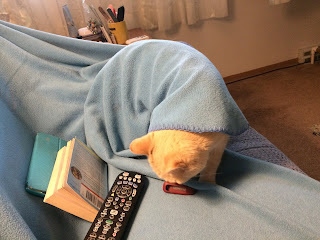 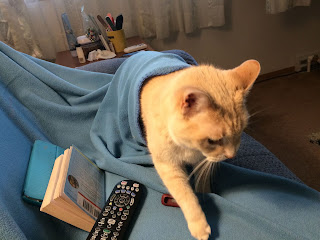 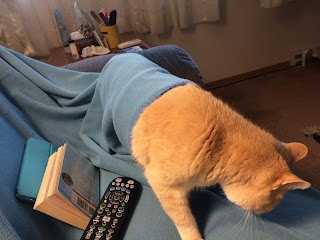 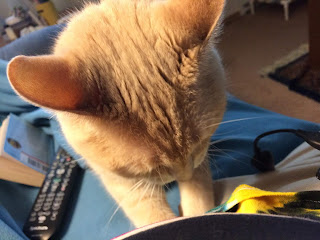 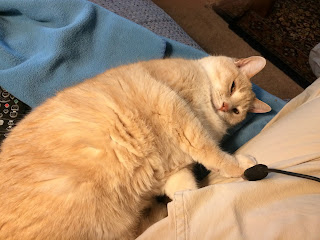 Me, partially hiding during the feetsball game yesterday and getting some loves from mum.

The Pack - PEEE UUUU!  They stunk the place up, specially in the first half. No points in the first half, played icky, kicker who rarely misses, missed three in a row! Sorry that the Lions will have to fumigate the smell out of the stadium. Looks llike it will be a long, boring season for them, or at least for us to watch.

The Brew Crew - Me and mum were not happy. The only game that we can't watch cuz they put it on the MLB Network. Why? We don't know, seems stupid to put it on a special network that many don't have. But she broke down and called and got upgraded, it wasn't that much more a month. Will see what other channels on here.

So how did the team do? THEY WON!!!! Pitched a shut out and won the NLDS and are waiting to see who wins the other side as to who they will play in the NLCS.