The cat does not negotiate with the mouse. - Robert K. Massie

Yeah, no mousies allowed around here. We used to have mousies, but they know they need to stay away from here!

The weekend went well. Miss Lynn arrived and did a load of laundry. While that was washing mum had her fill up the fevver feeders. They both got the grilling machine tucked away for the winter and Miss Lynn used the sucking monster just a little bit.

Then they went out to eat at the new place in the old fire house. Mum tried their fried chick-hen and it was too hot! Not in temperature but too much cayenne or other hot stuff on it. She did bring her leftovers home but won't share cuz of the hot stuff. She broke off as much of the hot breading stuff and that tasted much better. 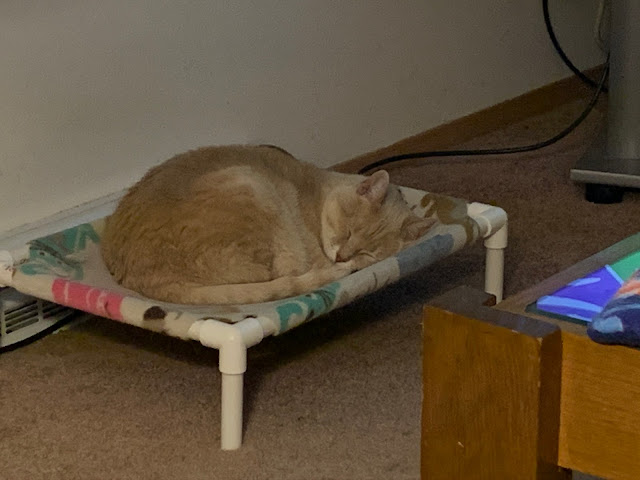 So mum took it easy on Sunday so I could get lots of naps. She watched a bit of feetsball and then watch the final crashcar race of the season. 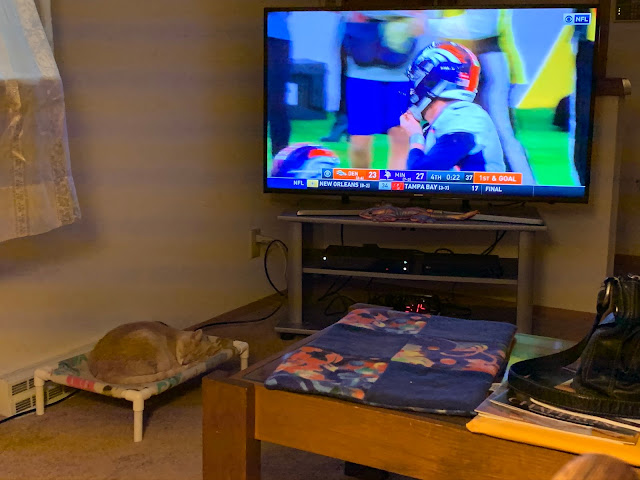 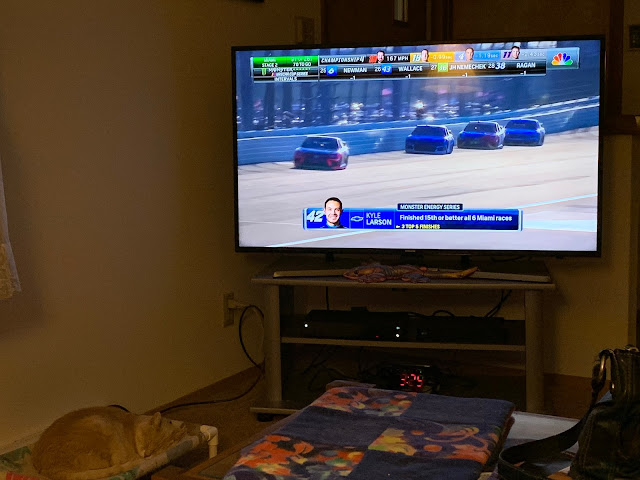 Plus while she watched the moving picture box she worked on her crow-shay. She is over  half way done with this blankie! 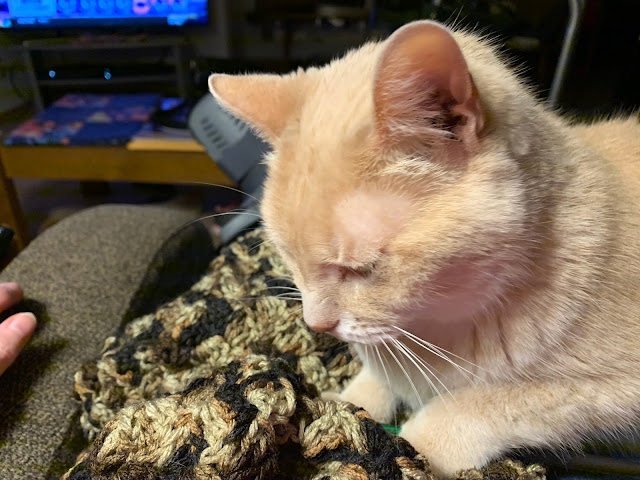 The Pack took the week off! They play on the left coast next Sunday night. So we have to wait all day for the game.

Have a good week everyone.
Mewsings by Just Ducky at 12:30 AM