Hope everyone is being social distant, but please don't go into isolation. Reach out and talk to someone, text someone etc. From what me and mum understand you can go outside, just don't get close to people. Exercise is good for you, the fresh air too.

Mum has checked on the girls, they want to stay away and be socially distant for now. So I have to report on the outside as I can. Mum did some work outside yesterday. Cutting back some dead stuff that she didn't get to last fall. Plus we have new flowers! 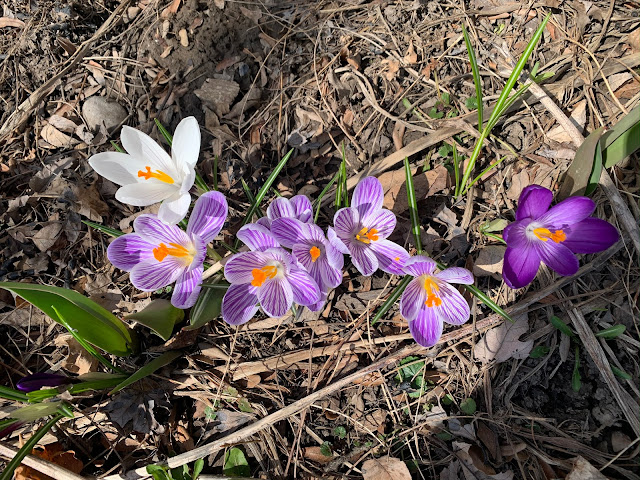 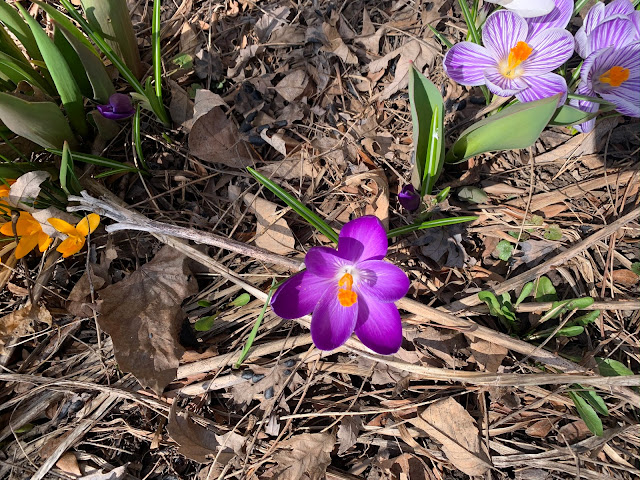 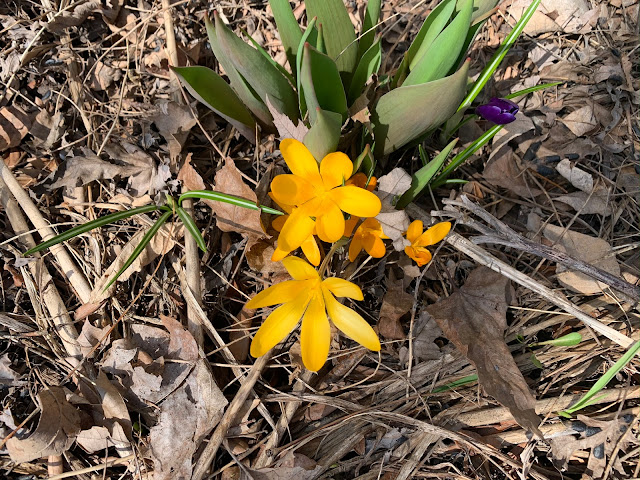 Today's Throw Back is to when Derby and I were just getting to know each other and sorta hanging out with each other.


Is there anything as beautiful as a cat's eyes? Jewel-like they captivate the heart. - Author Unknown

No there isn't and I think most of us have pretty good looking eyes. This is mum's favorite picture of me and my eyes. Way back when, I was still wearing my collar! My eyes are a light gold color. 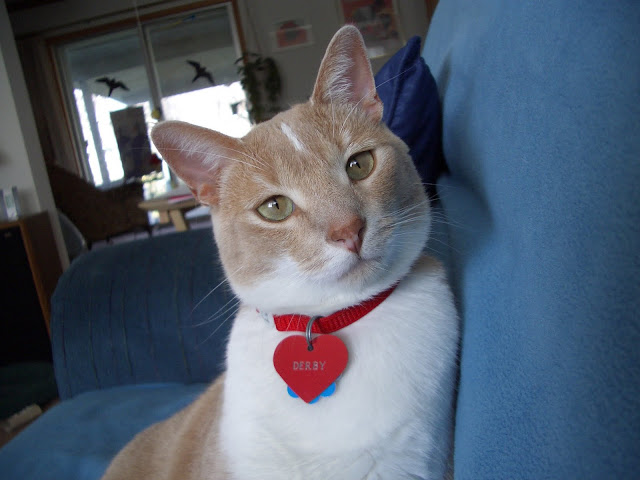 Ducky has gold eyes too, but his are darker, mum says sort of amber like color. They go well with our ginger furs. 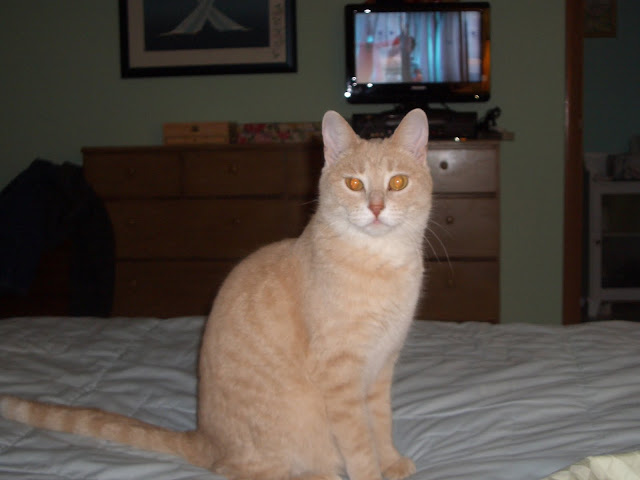 Sunday I was just hanging on one of our window perches, I had just inhaled some food and it decided to come right back up. But is wasn't the nice dry yak, it was all mushy, so mum had to wash the perch cover. She actually washed both perch covers and then dried them outside. They smell so nice and fresh now. 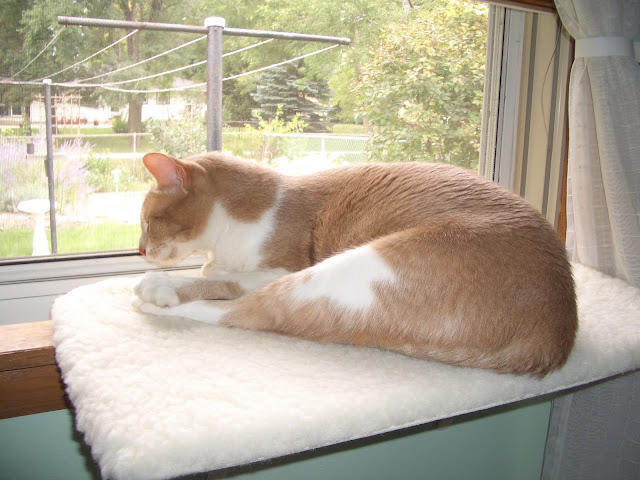 So since our perches were out of the windows for a while, Ducky and I had to use the window ledge in the kitchen to see out. Lots of robins and squirrels for us to watch. 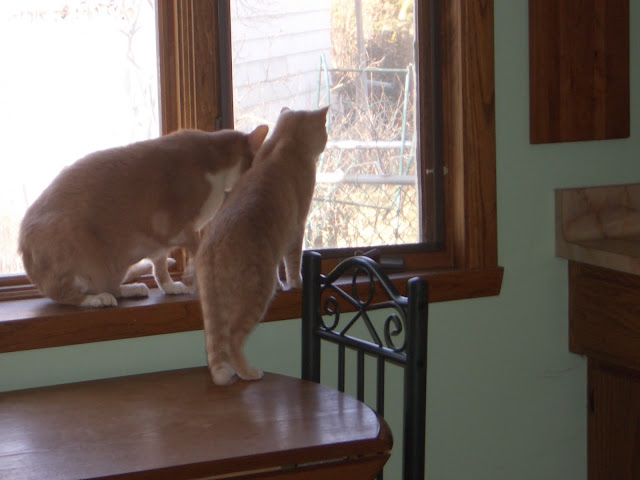 Later in the evening, we were catching a few z's on the bed and the lights were out. Mum realized we were both there and went to get the flashy box. Before she actually could get the picture I decided I better move. Never trust the flashy box. 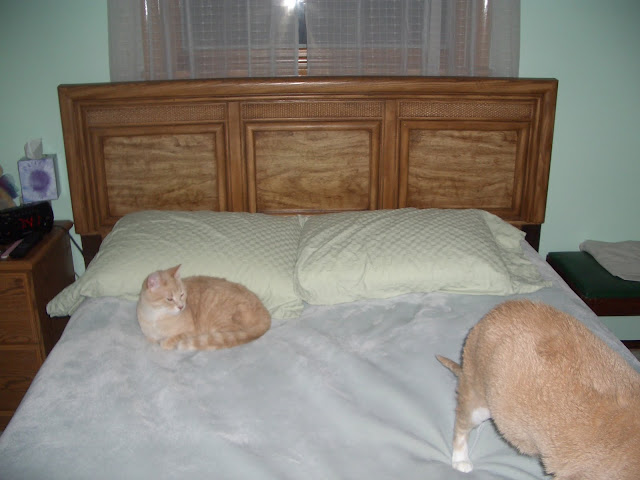 Mum after 6 days of working hard has the puter back exactly how she wants it, so now we can have more time to visit.

Abby asked where mum hides stuff on the 'puter. Well it isn't hidden on OUR 'puter, mum sends it off into cyberspace to a company called Mozy, it auto backs up our picture and other files. Then when your 'puter gets sick like ours did, once it is fixed you can download all of your stuff back to the 'puter. It does cost green papers to do this and there are other companies that do the same thing. So check around, compare prices and all of that good stuff. Millie's mum had recommended it to mum and mum used it at her old work too.

So guess we are back to normal for now. Happy almost the end of March!
Mewsings by Just Ducky at 12:30 AM