Hello and Welcome to Garden Thursday. We have been enjoying some wonderful weather the past few days. Cooler and much less humid. It was even cool enuf that mum wore long sleeves while she worked pulling weeds. That helped keep the skeeters from biting her.

Last week when mum came out to clean the birdie bath she opened the box to get out the scrubby pad and noticed this! Yep, wasps creating a comb of cells. Mum could tell that one of the wasps was bigger than the other, that would be the queen. She laid eggs in the combs that are closed off with the white stuff. 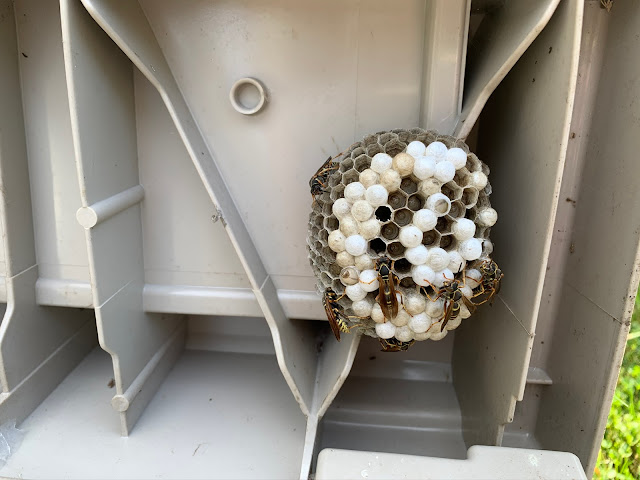 Mum discovered using her scraper thingy that the wasn't super tight to the plastic box. She was going to just pry it off but thought better. She got out the hose and sprayed the thing into oblivion! 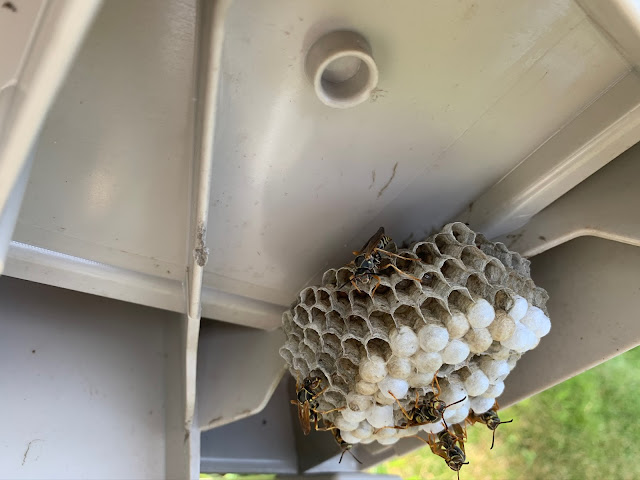 See those little white things, those are the larvae of future wasps and we don't want those around. 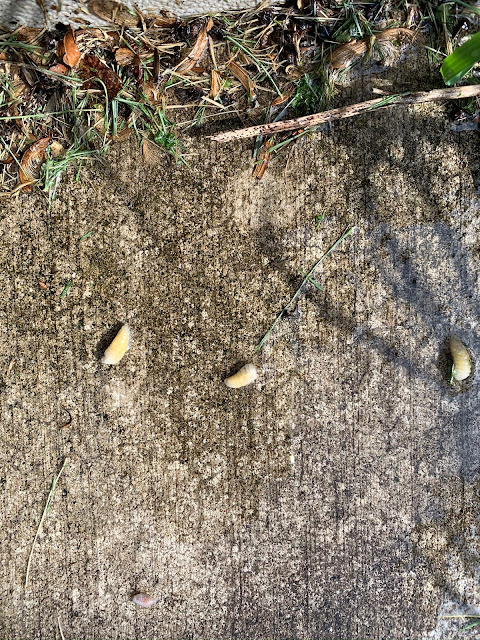 Even a few days later they were hanging about but mum was leaving the top open as much as possible which made them fly away. Plus she is going to get some spray that will kill them if they keep hanging around. She thought she had some but she can't find it. 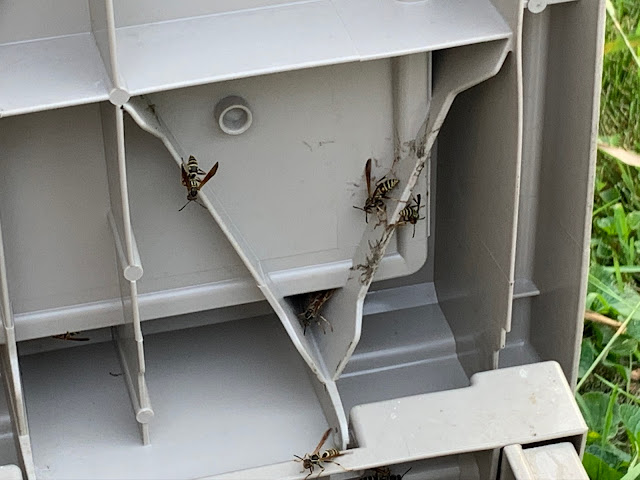 Mum also put out a little feeder for seed that sticks to the window. So she put it on the big windows that she sits by when she is in the reading chair. Ducky is normally nearby. Mum figures it would help to attract fevvers to keep him entertained. 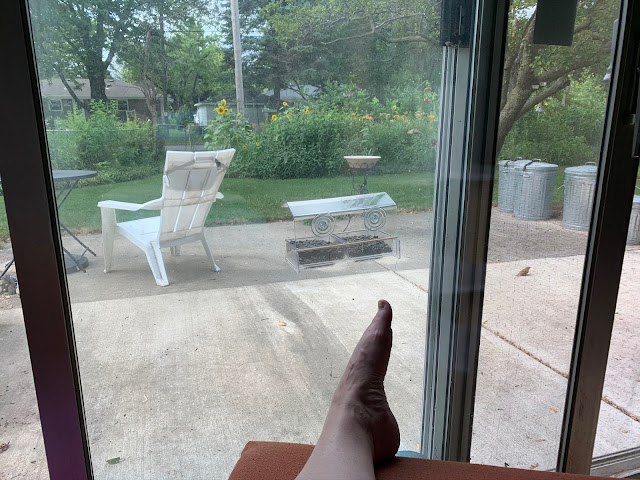 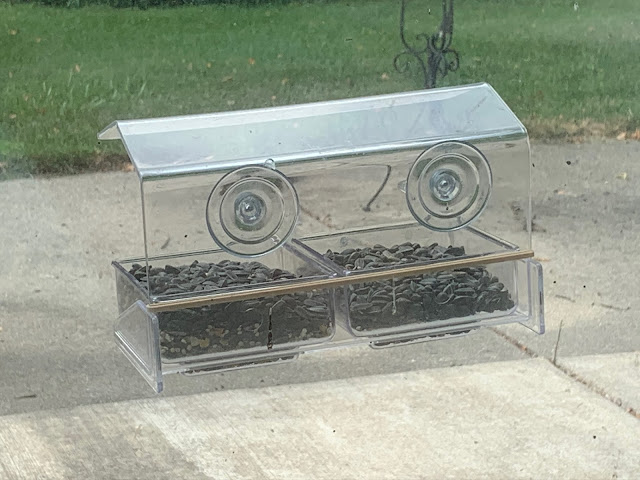 It was all full and mum only saw one fevver by it for days, then Tuesday morning mum could tell that the seed had been eaten, but we didn't know who had been dining. 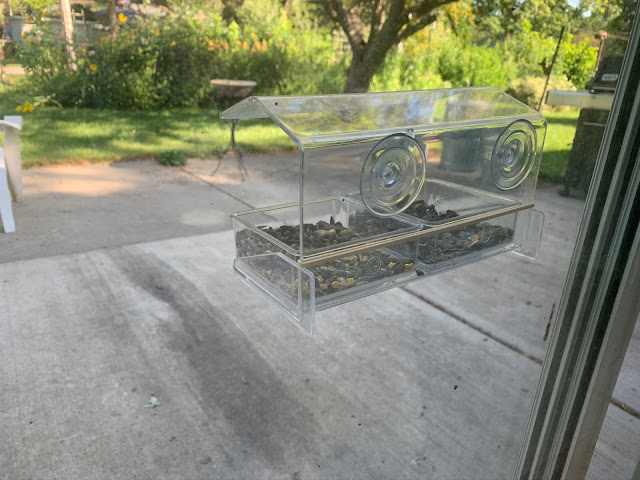 Also, the clocky thing that mum has between the doors was knocked out and laying on the ground! Now that wasn't likely to be fevvers doing that. 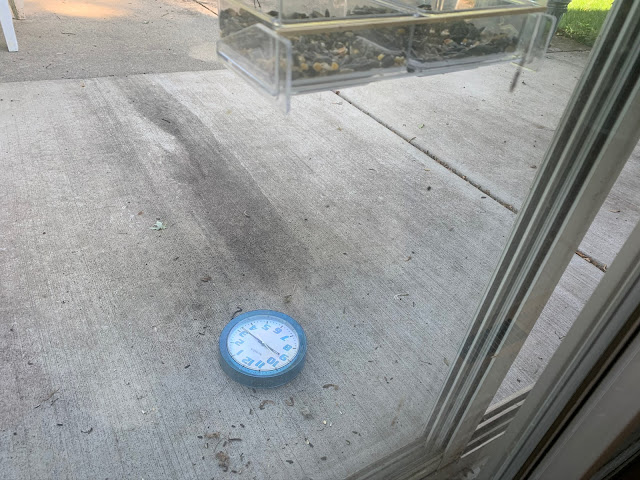 Mum finally discovered who has been chowing down yesterday. It was Chip the Monk! She didn't have her flashy box handy so no pics. She will work on that.

Hope all of you are doing well. We are. Love Virginger, Glimmer, Trooper and Fleur.