A man has to work so hard so that something of his personality stays alive. A tomcat has it so easy, he has only to spray and his presence is there for years on rainy days. - Albert Einsten

MOL, not all of us spray you know, but we stay alive in our human's memory. Mum often thinks of so many cats at The Bridge, their humans too.

Mum survived her cold morning  helping at the run. She was gone from the house about 2 hours. Showed up in time to get set up, then to wait until the runners actually passed their water station, then looped back around and come by again.  Mum filled cups with water from the big blue jugs, others handed them out. They didn't hand much out since it wasn't a warm day. 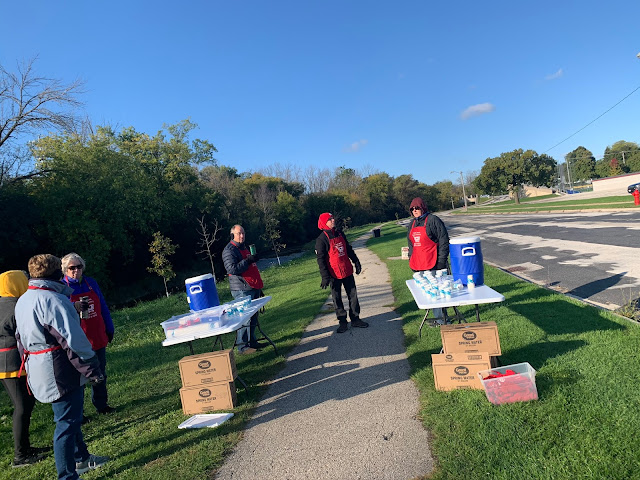 The rest of the crew and the leader, a guy on a bicycle showing the route, the first runner, not far behind. 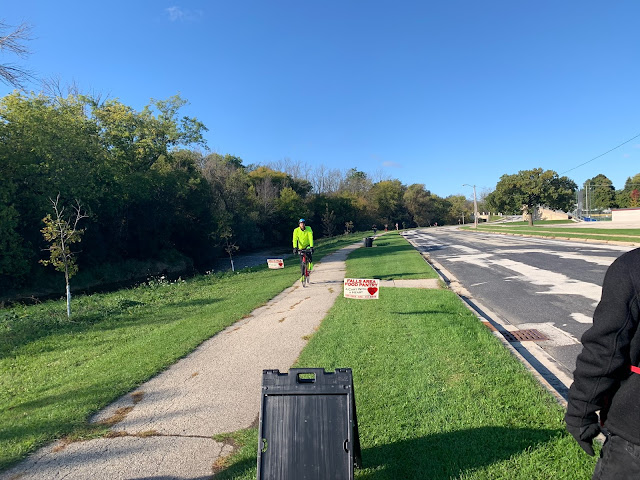 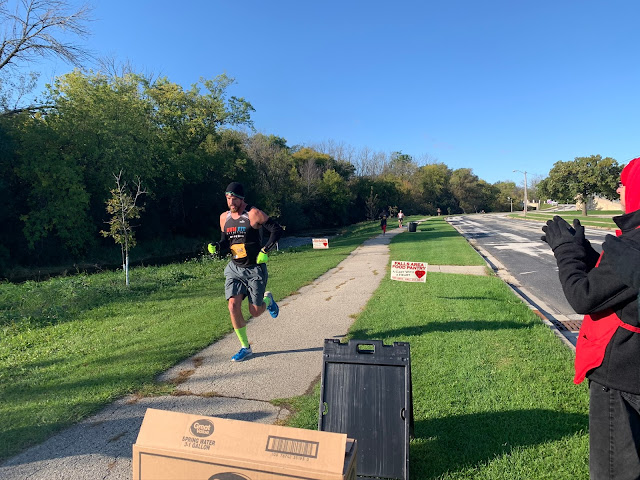 The first runner and then runners going back to the start/finish line. 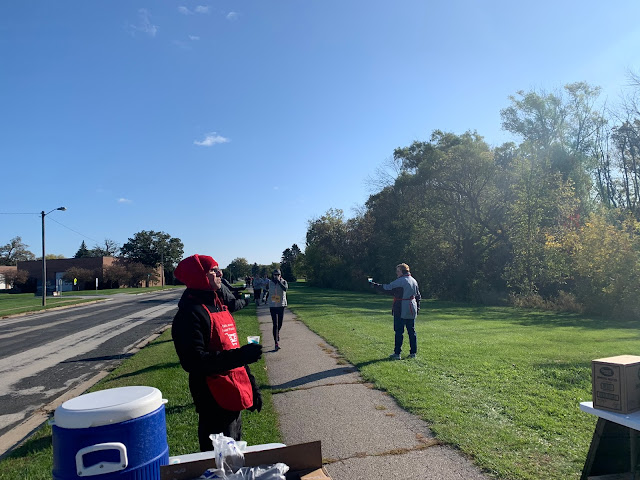 The Pack doesn't play until tonight against those lion guys.

Bucky Badger - unbeaten and pitched another shut out beating Michigan State. So far Bucky has play 3 teams from the mitten state and beaten them all. Matter of fact two of those teams didn't even scored a point. So Wisconsin 134 - Mitten State 14

Basey Ball - in the playoffs and mum is at the Ho-Hum stage. She doesn't really care who wins, but she does watch at least some of the games.

So everyone have a good week and Go Pack Go tonight.
Mewsings by Just Ducky at 12:30 AM