Cats do care: For example, they know instinctively what time we have to be at work in the morning and they wake us up twenty minutes before the alarm goes off. - Michael Nelson

Mum doesn't have to get up to work anymore, so if I wake her up she just rolls over and goes back to sleep. Rarely does she set the noisy box by the bed anymore to get up her. She says she gets up when the sun does and at this time of the year that is getting later!

Mum went shopping  yesterday and came home with this. She found it at the same place she found Virginger and other Squillions way back when. 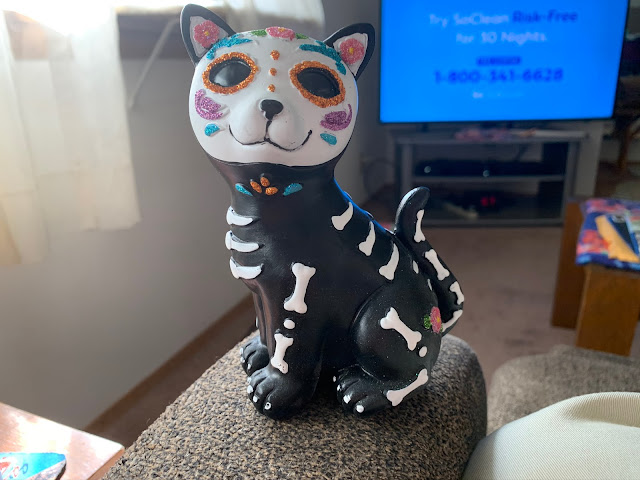 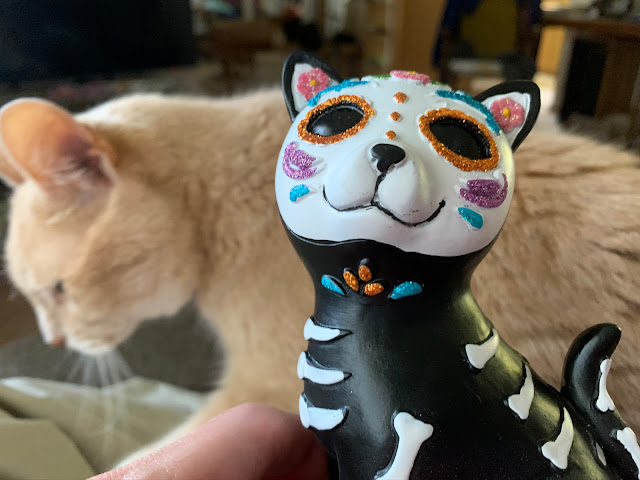 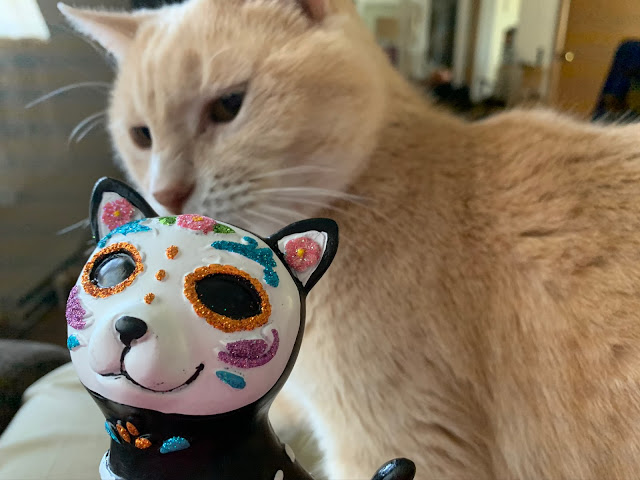 I'm not too sure about this thing. Mum put it up by the ticky-tock clock for now.

The Pack - went on the road to KC andBBQ'd those chief guys. ARodg did his usual good job. Mum caught that he had a QB rating of 150.0 for the last two games. Purrfect is 153.8. Next week the Pack is off to the left coast to play the Bolts.

Bucky Badger - lost for the second straight weekend to the O-HI-o guys. They get next weekend off to rest.

World Series - mum watched a bit of the game on Caturday night. Otherwise she just checks the score and goes back to what she was watching. The Pack was on SNF, so on at the same time.