It is the weekend, but it started out all icky! We had snow! Not much, but enough to make things a little white in places. Mum went out to get foods and said the snow was going sideways in the wind. 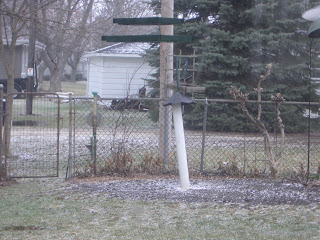 You can just see some of that icky white stuff on the ground and on the black carpet in the garden. 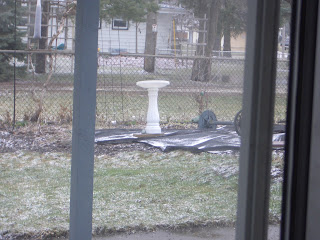 Mum, please, tell us winter isn't starting all over again?! We want open windows and warms, fresh air to breathe. Mum said not to worry. 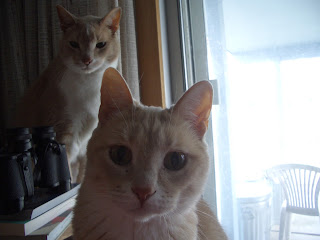 Less than an hour later, the sun was out! Not very warm, but at least we were getting sun puddles. 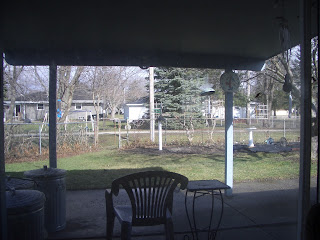 Derby moved right into the front window which gets the most sun in the morning. 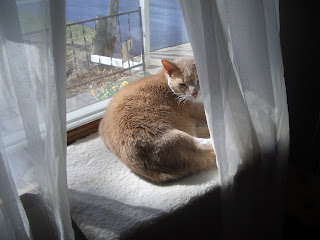 Then sat by mum, hoping, wishing the treat jar would come open. No such luck so early in the day. 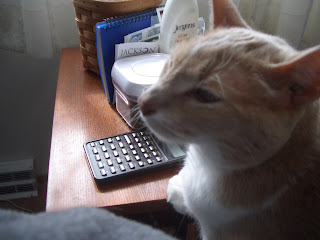 Ducky, no sun puddles, will keep the heaty spot for getting warm and catch some sun puddles later. 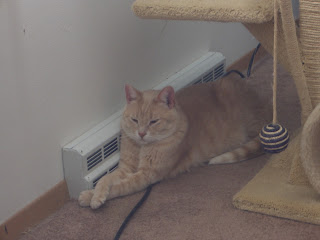